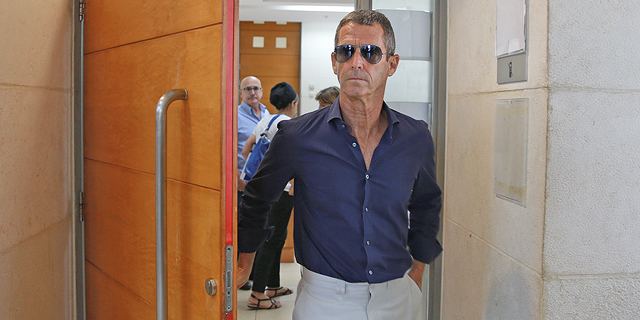 Israeli billionaire Beny Steinmetz will appear in a Geneva court next month to defend himself against corruption and forgery charges in connection with mining contracts in Guinea, his lawyer told Reuters.

Steinmetz was indicted in August 2019 by a Geneva prosecutor who accused him and two aides of paying or having $10 million in bribes paid to one of the wives of former Guinean President Lansana Conte for mining licences between 2005 and 2010.

"There are two charges, corruption and forgery. Both are categorically contested. The charges have no basis in fact or in law," Marc Bonnant, a prominent Geneva lawyer representing Steinmetz, told Reuters on Friday. The lawyer questioned whether the late Conte was married to Mamadie Toure, named as a spouse of the late president in the indictment, during that time. Reuters attempted to contact Toure through social media, but she could not immediately be reached for comment.

"Beny Steinmetz never paid a cent to Mme. Mamadie Toure. Mamadie Toure was not the wife of the president (Lansana Conte) and she is not a public agent and therefore cannot be corrupted," Bonnant said.

Bonnant, asked whether Steinmetz, a former Geneva resident who moved back to Israel in 2016, would attend the trial, said: "He came to all the pre-trial hearings where he was asked to appear. And naturally he will attend the trial." The trial had been expected early this year, but was delayed by the closure of the Swiss judicial system for several months during the Covid-19 pandemic. A second source close to the case confirmed that the proceedings were set for Jan. 11-22. Claudio Mascotto, a Geneva prosecutor who began the investigation in the Swiss city where allegedly some of the bribes transited, said last year he was seeking prison terms of between two and 10 years for Steinmetz and his two associates. Mascotto is no longer handling the case and has been replaced by two other prosecutors, Bonnant said. The second source confirmed the change to Reuters. Development of Simandou - one of the world's biggest iron ore deposits, containing billions of tonnes of high-grade ore - has been hindered by years of legal wrangling involving several big mining companies. As part of international efforts to improve transparency, Guinea's government under President Alpha Conde, elected in 2010, launched a review of mining contracts signed before 2011. The review panel investigated how Beny Steinmetz Group Resources (BSGR) had obtained rights to the Simandou deposit in 2008 and, after levelling corruption allegations, the government stripped the company of its rights to Simandou and a smaller deposit. BSGR has always maintained it did nothing wrong. It walked away from the Simandou project as part of a settlement announced in February 2019 with the Guinean government, in which both parties agreed to drop outstanding legal action.