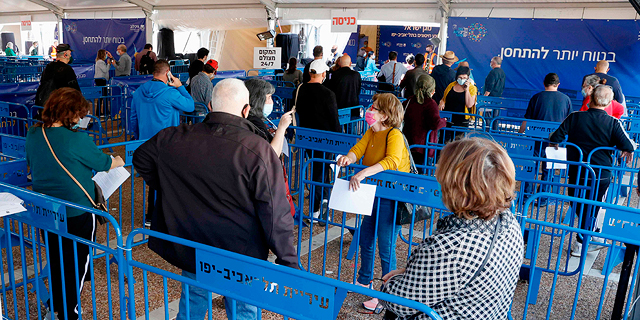 Two weeks into its vaccination drive, Israel has reached nearly 15% of the population by paying premium prices, relying on universal healthcare, and minimizing waste

That is how Israel came to be a leader of the world's Covid-19 vaccination drive, reaching nearly 15% of the country’s 9.3 million population in about two weeks.

Israelis stand in line to be vaccinated. Photo: AFP

The first big decision was paying a premium to get early vaccines.

Israeli authorities have not said publicly what they paid for the vaccine developed by U.S. company Pfizer and German partner BioNTech. But one official said on condition of anonymity that Prime Minister Benjamin Netanyahu's government was "paying around $30 per vaccine dose, or around twice the price abroad."

Pfizer said in a statement that it uses "a tiered pricing formula based on volume and delivery dates" but declined to disclose further details.

Israel also offered the pharmaceutical companies the promise of a quick rollout that could serve as a template for other places: swift results from a small country with a universal healthcare system, patient data stored centrally and the technological savvy to ensure a digitised distribution network.

"What we basically said to Pfizer and Moderna and to the others was that if we will be one of the first countries to start vaccinating, very soon these companies will be able to see the results," Edelstein told Reuters.

"It's a kind of win-win situation," he said. "We are a small country. And I knew for a fact that we better be one of the first on the ground because after the vaccine is developed, the companies, commercially speaking, wouldn't even look in the direction of countries Israel's size." 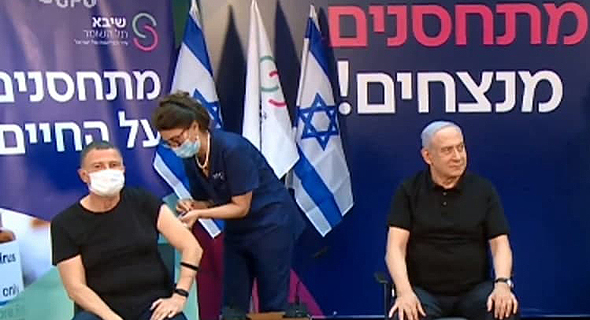 The vaccination campaign has faced some criticism and hurdles.

Rights groups are outraged that Palestinians in the Israeli-occupied West Bank and Gaza Strip face a long wait for vaccines.

Israel's 21% Arab minority has shown an initial wariness towards vaccination.

Netanyahu's opponents accuse his right-wing Likud Party of using the vaccination campaign for political gain before a March 23 election, and lacking a clear long-term strategy for dealing with the impact of Covid-19 -- charges the government denies.

But, while Israel is in its third lockdown and faces a recession and high unemployment, it has avoided the shortages and bottlenecks faced by other countries.

Israel, which has reported more than 450,000 Covid-19 cases and 3,445 deaths, cast a wide net for securing vaccines early on, and last June became one of the first countries to reach a purchase agreement with Moderna.

Moderna has said it will begin delivery of 6 million doses this month, though Edelstein said the shipment was probably two months away. In November, Israel announced similar deals with AstraZeneca and Pfizer, and the first Pfizer shipment arrived on Dec. 9.

Israeli teams repacked the large ultra-frozen pallets into insulated boxes the size of small pizzas, allowing for distribution in smaller numbers and at more remote sites.

The technique, Israel says, got the green light from Pfizer. Other refinements included squeezing more doses out of each vial than advertised. 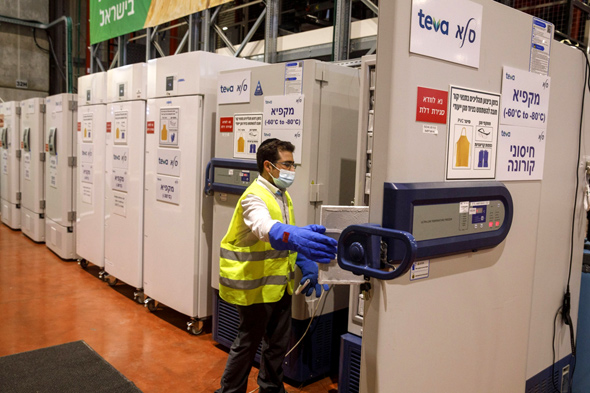 The vaccines are handled by SLE, the logistics unit of Teva Pharmaceutical Industries, in an underground facility near Israel's main airport. Thirty large freezers set to minus 70 degrees Celsius (-94 Fahrenheit) can hold 5 million doses.

SLE repackages them into bundles as small as 100 doses to be delivered to about 400 vaccine centres, said Adam Segal, SLE's logistics and operations manager.

A universal public healthcare system, which requires every resident to be covered by a healthcare maintenance organisation (HMO) and connected to a nationwide digital network, then kicks in.

"So it is easy both to identify the right target population and to create data-driven 'outreach' because this is something that is done as our everyday care routine," said Balicer, who also chairs the government's expert advisory coronavirus panel. 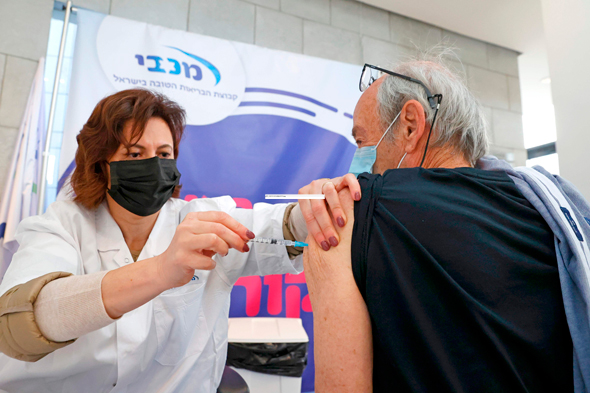 Administering about 150,000 shots a day at clinics and special facilities, Israel has prioritised over-60s, health workers and people with medical conditions. The city of Haifa offers drive-through vaccinations.

"I have been waiting to be liberated from this pressure, from the anxiety that's there in the background all the time, to be free, to finally stop worrying," said 76-year-old psychologist Tamar Shachnai. A week into the campaign she had already received a text message with instructions from her HMO, scheduled an appointment and got her first shot.

Shachnai was vaccinated at a centre in a Jerusalem sports arena where about 500 people had passed through by lunchtime. Towards the end of the day, about 20 younger people gathered outside the arena, hoping to receive the vaccine.

He said some Israeli Arabs initially appeared reluctant to be vaccinated and may have been put off by misinformation on social media, prompting Israel to accelerate a public campaign to combat "fake news" about alleged side effects.

The Palestinian Authority, which exercises limited self-rule in the West Bank and has its own health system, has also contacted private drugmakers.

Edelstein said it was in Israel's interest to make sure the Palestinian population was also vaccinated and that he was open to discussing passing on any extra vaccines once Israel meets its own demand. Netanyahu's office declined to comment.