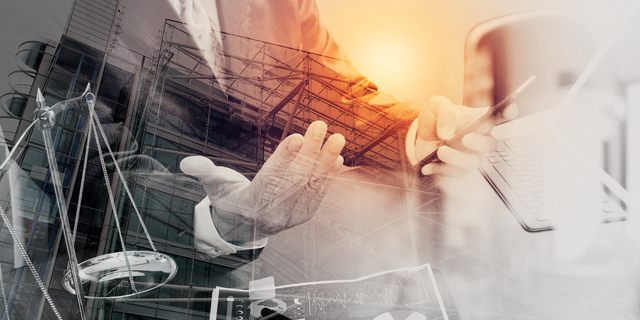 According to a report by Wakefield Research on behalf of Insight Partners, it’s the scaleups - not the startups - that require our attention this year

A new report by research firm Wakefield Research on behalf of venture capital fund Insight Partners has highlighted the importance of scaleups - the next and natural evolution from startups - as a way to recover from the economic blow caused by Covid-19. According to the report, scaleups have demonstrated proven resiliency that is required during economic hardships to sustain job creation and growth.

While Israel is widely referred to as ‘Startup Nation’, its performance in the last few years has demonstrated that it can find itself comfortably among other ‘Scaleup Nations’ - countries that foster the growth of their companies beyond the initial growth stage. According to estimates, investments in scaleups in Israel between 2015-2019 increased by 66% compared to the previous five years. In this time period, Tel Aviv also became the 15th biggest global Scaleup Hub by funding growth, with 290 scaleup funding rounds between 2015-2019.

The report defines a scaleup as a company that has penetrated the initial barrier of $10 million in annual revenue and employee headcount of 50-1,000 while seeing annual growth of roughly 20%. Whereas startups spend most of their initial lifespan validating a product-market fit with the objective of establishing a business model that can scale, scaleups have a tested business model and validated product in the market, which only one in every 200 startups achieve. According to the report, “scaleups reacted quickly to the Covid-19 outbreak with policies aimed at securing revenue, with most maintaining positive growth outlooks into 2021.”

Covid-19 also demonstrated a scaleup’s ability to ‘bounce back’ from the initial shock wave that hit the world in March and April in 2020. Data from Insight Partners’ Portfolio saw a sharp decline in daily open roles in April but enjoyed a steady incline from July to the end of the year. The data suggested that Covid-19 highlighted one of the defining elements of a scaleup: resilience against economic and social uncertainty. “Scaleups are a less appreciated driver of innovation and growth in the economy,” said Deven Parekh, Managing Director, Insight Partners. “Our report reveals the extent to which these companies have been able to capture value and create high-paying jobs in the pandemic and beyond... scaleups are proven, flexible, and resilient job creators, even in the most challenging times.”

Scaleups may have overcome initial product-market and business model questions, but this isn’t to claim that they’re not without their own challenges. According to the report, 50% of respondents cited ‘attracting investment capital’ as their top challenge in running a scaleup, followed by ‘expanding operations’ (48%), ‘product development’ (48%), and scaling a go-to-market capability’ (43%). Notably, one of the biggest problems with scaling isn’t only the product and market needs but also in managing talent, which 41% cited as the most challenging aspect of growing a company.

“As we scale, the chances of making mistakes grow,” said Dan Adika, CEO of Israel’s WalkMe, who was quoted in the report. “If we hire a manager who is not good, then that manager will hire people who are not good. It creates issues...You don’t do it yourself anymore, you need people to do it at scale.”

It is understandable that 90% of respondents expressed concern about maintaining their company culture during the scale period of their startups. Leaders inevitably become more detached from the daily operations of the company and the bootstrapped sense of culture may start to dwindle. The study was conducted by Wakefield Research between July 24th and August 24th, 2020, and involved 300 owners/executives at software, technology, or IT industries specializing in software. It conducts surveys for career researchers, public relations firms, marketing and ad agencies, news organizations, political communications companies, and non-profit organizations. Insight Partners was founded in 1995 and is a venture capital and private equity firm investing in high-growth technology and software scaleups. To date, it has invested in 400 companies and has raised more than $30 billion in capital commitments.