HR executives say the market today is similar to what it was prior to the pandemic, with applicants demanding high salaries and the ability to work from home

There is no better indication that the Israeli tech sector is going back to normal than the high demands made by potential employees. While tech companies may have lowered salaries, cut back on personnel, froze new hirings, and experienced higher retention rates throughout 2020, now all that has changed and it seems like the industry’s troubles are back in full swing. In the spirit of the times, the demands these days have more to do with flexible working conditions than the perks that are available at the office.

“At a time that the market is extremely competitive and the recruitment process is mostly done online, it is challenging to get people to commit to the process and the company’s organizational culture,” said Daniel Arbel, talent acquisition partner at cyber intelligence company IntSights. “Recently we’ve encountered new trends such as ghosting, people who disappear all of a sudden or decline to carry out home assignments, or people who ask to work from home as part of their employment conditions.”

An employer interviews an applicant via Zoom. Photo: Shutterstock

Hagit Tenne- Pereg, VP of HR at Otonomo, said that from her perspective the tech sector has gone back to the way it was prior to the pandemic. “Over the past year, and particularly the first half of it, it felt like the employment market was stagnant. There was a lot of uncertainty, potential employees were afraid to leave their current jobs and start elsewhere because no one knew what would happen. Candidates who had scheduled interviews canceled at the last minute and the companies themselves were cautious in their recruitment efforts. Recently, we witnessed many companies raising capital and investment rounds, which in turn increased demand for employees, resulting in the job market going back to its pre-pandemic days. We are currently recruiting for all departments and can sense the competition increasing as the months go by.”

The figures back up the HR executives’ feelings that the competition over tech talent has returned with a vengeance. According to Paule Tzuker, the CEO of the Nisha Group, which specializes in tech positions, the number of available positions in the tech sector has gone back to January 2020 figures. “In April the number of open positions was down by 60% and it slowly began climbing back from there. The market has once again become a candidate’s market and the demands reflect that.” The two dominant trends that are emerging are candidates’ preference for companies that offer flexibility and demand that salaries be increased by 10-15% on average.

“The practice of working from home, which erupted at the start of the crisis and to a large degree still exists in many companies, created a clear preference for companies that are willing to be flexible: offering the ability to fully work from home or a hybrid model that allows employees to only come into the office two or three days a week. It’s fairly common for candidates to immediately decline positions at companies that have gone back to full office attendance, even for desirable and interesting roles. In some conversations, applicants have even requested that they be allowed to work from home permanently. In addition, candidates are demanding higher salaries after having decided to freeze job-search efforts due to the uncertainty brought about by the crisis. We’re back in a candidate’s market and the salary expectations reflect that,” she said. Michal Gershon-Sobol, VP of global HR at Kryon, said that salary demands have gone up both locally and internationally. “Talented candidates have multiple offers and opportunities at any given time. The high supply levels force employers to remain attractive both in terms of salaries and flexibility. I think the hybrid work model is here to stay and it has the benefit of enabling people who live in remote areas to integrate into the industry which is concentrated in the center of the country.” 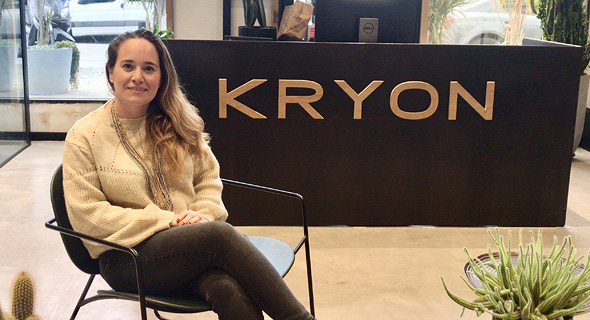 “The Fintech sector has experienced incredible growth over the past year and we were required to recruit dozens of new employees. Up until the middle of 2020, there was a sense that the recruitment process was well balanced, but things have become more and more difficult because candidates have a wide range of options. We anticipated that the crisis would make recruiting slightly easier, but it turned out that the opposite was true,” Gershon-Sobol said. “When the entire process is done over Zoom, it is much harder for you to stand out. Salaries increased over the past year in spite of the crisis. The issue of working from home has naturally come up in conversations with applicants, but we were surprised to discover that many people are interested in getting up in the morning, going to work, and meeting with their team members in person. That’s also part of the reason that we don’t see fit to include work from home as part of the employment contract.”