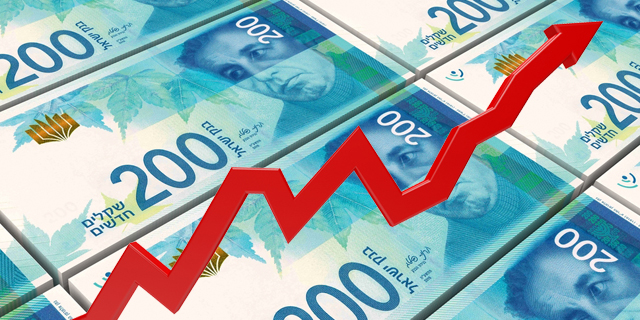 With the market at a boiling point, the next government has to act quickly so that all Israelis can share the wealth

Five billion dollars — that’s the sum that flowed into the coffers of privately-held Israeli tech companies in the first quarter of 2021. It is a historic achievement constituting nearly half of the total capital raised throughout the entirety of 2020, which despite the pandemic was itself a record year for the industry.

However, it appears that Q1 was just the warm-up to April, which in the first week alone saw more than a billion dollars invested in the sector.

Israel has long been a hub for venture capital activity, but the outstanding numbers are part of a global phenomenon. The first quarter of 2021 was also the first time ever that international venture capital investment crossed the $100 billion mark.

The venture capital sector broke a record last quarter, with investments totaling $125 billion — doubling the annual rate. When new tech investors from abroad arrive in Israel, and recent years have seen more of them than ever before, the most common question they ask is what the government has done to create such a thriving ecosystem. The most frequent answer they get from tech entrepreneurs and venture capital investors is “it stayed out of the way.”

One can track the sector’s success back to the ‘Yozma’ initiative which laid the foundations of the local venture capital industry, or argue that the failure of the Lavi fighter jet project in the 1980s dispersed talented engineers who went on to build tech companies started it all, or look to the military and the huge push it gave to the cyber industry over the past two decades. But we mustn’t be confused. Every time Prime Minister Benjamin Netanyahu boasts about the tech sector’s achievements as if he was the savior who took Israel out of the desert and brought it to the promised land flowing with cyber and fintech, we have to recall that success came despite the failures of the government that doesn’t invest any time in developing the industry, particularly these days when Dudi Amsalem is the Minister of Cyber Protection and Digital Affairs.

The tech sector saved Netanyahu and the entire country from economic collapse which was, and still is, very much felt in other sectors of the economy. One of the sole examples of long-term government financial planning in recent years revolved around the matter of natural gas royalties. The royalties fund was supposed to be Israel’s economic safety cushion, both for future years and for times of crisis, however, as it turned out, the fund was nearly bereft of money and the only thing that saved the economy from an even harsher blow was the tech sector. It kept exports stable and the increase even made up for other sectors that required intense government assistance, it is also responsible for the optimistic 5% growth prediction for the upcoming year.

So far the Israeli catch-as-catch-can method worked amazingly. But now may be the time when government intervention and handling of the tech sector is required. The state should consider increasing tax revenues from the sector, not just at exit time and not just by raising tax rates. Many Israeli-founded startups these days are being launched in the U.S. and Europe in order to be close to their target markets. But as we discovered during the pandemic, not every work or sales meeting had to be conducted face-to-face, people have learned how to work remotely. The next government that is formed must give heavy consideration to how best to ensure that tech companies remain here for the long term.

The common structure among unicorn companies is that two-thirds of the employees are located abroad and only the third that is responsible for development is based in Israel. As a result, the conditions make it more challenging to share the tech sector’s success with other branches of the economy— people who didn’t study advanced mathematics in high school or computer science at university, but instead work in adjacent professions. Israel already leads the world with 10% of its workforce employed in the tech sector, but that number can be increased even without converting everyone into engineers. It just requires some thought and creativity. Doing so would mean that Israel would benefit from a larger portion of the billions raised by the tech companies.

After years of being the startup nation, it appears that Israel is now on the cusp of a new age, one in which it is possible to nurture giant companies that employ thousands of people. The incredible sums that are available in the global financial system, parts of which land in Israel, can enable the formation of a layer of large companies as long as startups don’t rush to be acquired for hundreds of millions of dollars.

However, the funds that are flowing into Israel at an expedited rate also cause the familiar side effect of strengthening the local currency against the USD. This makes it difficult for tech companies, but even more so to non-tech exporters, to compete on the global level. The exchange rate may not be as impactful on tech industry exports, but it does impact the cost of employing Israeli engineers, whose salaries are already the highest in the world, on par with their Silicon Valley counterparts. To that end, we must maintain the level of education and training, particularly in the military, that makes Israeli employees second to none, with an eye to the growing competition in development outsourcing hubs in central and eastern Europe.

Another aspect that requires attention is the increasing disparity between Israeli techies and the rest of the population. Nearly every major funding round features a secondary component, the sale of shares by founders and employees that grants them millions of shekels and sometimes even millions of dollars. Most of that money re-enters the economy by means of consumption, but may also lead to an increase in prices. It surely played a role in the surprising 4% increase in housing costs, beating 2020 predictions.

Even though we may not have a functioning government yet, Jerusalem must understand that just like startups that are rushing to raise capital, you have to strike the iron while it’s hot. Economic indicators and market conditions suggest we are already at a boiling point, which may mean that the party will soon be over, or that at the very least, things will simmer down. Decision-makers need to plan ahead and find ways to make the most out of the recent bonanza and ensure that it is not only enjoyed by a sliver of the population but actually trickles down to the entire economy.