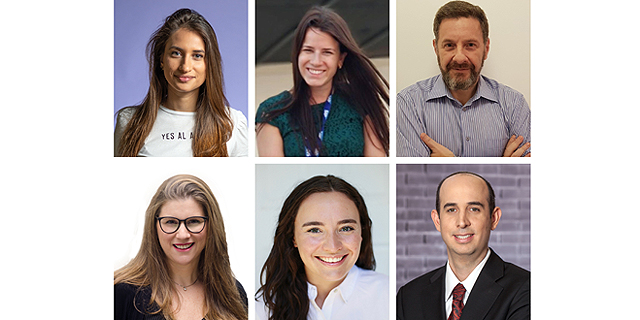 On Israel’s Independence Day, six immigrants from around the world shared what makes the country so special for them

Each year, Israelis and Jews around the world celebrate Yom Ha’atzmaut, Israel’s official Independence Day. While the country earned its independence on 14 May 1948 according to the solar calendar, its citizens celebrate it each year in line with the lunar calendar - so this year it falls earlier in April.

More than 70 years have gone by and Israel has transformed into a cultural and technological powerhouse. Despite Covid-19 and travel restrictions, the tiny nation is still attracting a mighty crowd of Zionists who choose to live in the land of the Jewish people.

CTech spoke to six people to find out what sent them to (and kept them in) Israel. Photo: CTech

CTech spoke to six people - Pearl Cohen’s Ilana Soloducho Kashmir; Amit, Pollak, Matalon & Co.’s Stephen Barak Rozen; Mine’s Batja Huisman; SAP’s Darya Afonina; Sarona Partners’ Maya Waldstreicher, and Orchestra Group’s Leandro Roisenberg - to find out what sent them to (and kept them in) Israel. What inspired you to come to Israel? Or, what inspired you to leave your country of origin? “I’ve always felt a strong connection with Zionist ideals and our homeland,” explained Illana Soloducho Kashmir. She moved here from Uruguay 13 years ago at the age of 26 and is now a Partner in the High-Tech Practice and Co-Chair of the Latin America and Spain Desk at Pearl Cohen law firm. “Even knowing that my life in my country of origin will always be easier for me, especially from a career point of view, the opportunities that opened up in Israel were a challenge that I was willing to face, as I’ve chosen Israel as a centerpiece for my life.”

For Stephen Barak Rozen, originally from Los Angeles, the move was more sudden. “After high school, I came to Israel for a one-year program at Bar-Ilan University,” he explained. “I was enrolled at a university in New York and during my year here I realized that this is the place for all Jews to be and that I could not see myself leaving. I called my parents and told them that I am staying and, despite their attempts to convince me to only make Aliya after I finish college in the States, that was that.” Twenty-five years later, aged 42, he is Partner in the High Tech and Venture Capital practice at Amit, Pollak, Matalon & Co. and has four children with his wife, Meirav.

“In the Netherlands, I grew up in a Zionist home, in a routine of life that included many visits to Israel, along with studies in a Jewish school, a Zionist youth movement, and so on,” Batja Huisman told CTech. “But the program Massa was the straw that broke the camel's back and made me immigrate to Israel.” Nine years later, aged 29, she is the Marketing Manager at Mine, a startup focused on data ownership. “Israel is a great fit, especially when targeting the high-tech market,” agreed 32-year-old Darya Afonina, who came almost six years ago from Belarus to work at SAP R&D Center in Israel. “When I graduated from college around May 2020 - at the peak of the coronavirus crisis - I felt the need to pursue my career dreams,” remembered 22-year-old Maya Waldstreicher. “Immigrating to Israel (from America) at that stage was not really my priority, but I always wanted to engage in innovation and technology, especially when it comes to promoting Israeli companies and the local ecosystem.” After only eight months in the country, she is now Operations Manager at 365x NY scale-up program by Sarona Partners.

“Firstly, Zionism is the inspiration as a core to come to Israel,” stated Leandro Roisenberg, who moved here from Brazil almost four years ago. Sadly, the 51-year-old also called the situation in his hometown “critical” regarding urban violence, economics, and other aspects of daily life. 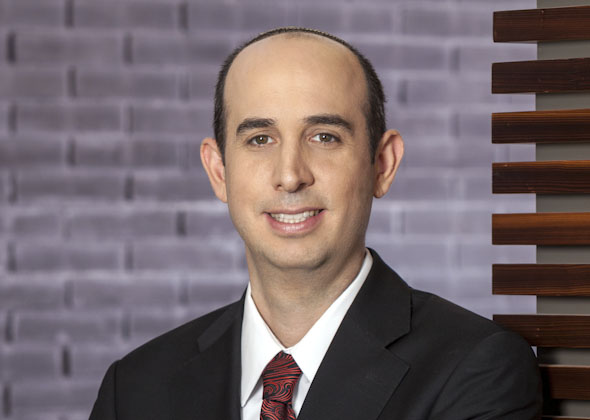 What was the biggest culture shock upon your arrival? Kashmir: “Undoubtedly the Israelis direct manners, that some would classify as rudeness (even myself, sometimes), but in reality, it is just the Israeli way: chutzpah.” “The corporate culture is different as well,” added Roisenberg. “The Israeli companies have a kind of “messy” management, less planning, and more solving things on the fly.” “It is not so much of a shock, but a realization that I still very much appreciate American culture and manners,” said Barak Rozen. “I love that Israel is an amalgamation of many different cultures, yet we are all Jews.” “I think this use of WhatsApp is part of the 'everything is fast and direct' culture, and I start to learn the benefits of it,” observed Waldstreicher, who noted that the messaging service is a lot more prominent in Israel than her native USA. Huisman: “There is one thing that stood out to me when I joined the Israeli high-tech arena, assertiveness, and directness - something that was very important for me to learn and adopt and is very different from (The Netherlands).” What does Israel offer you that no other country does? “Social solidarity,” answered Kashmir. “The same person who will treat you with the maximum chutzpah will have no doubt to help you in anything you might need one second later… Every day you can find a spectacle to make you feel grounded and grateful. However, most of all, Israel feels like home.” “The professional opportunities have been amazing,” said Barak Rozen, referring to his law career. “Being able to build a bridge between Israel and the rest of the world gives me a professional edge that would not be a significant differentiating factor if I remained in the U.S. What could be better than working in a field you love while in the country that you love?” “The feeling of 'I am a Jew in the land of Jews' makes you feel comfortable with who you are and what you are, without sometimes having to be modest,” said Huisman. “I'm at home here in Israel.” Afonina highlighted how “my team, managers, and colleagues, in general, have made me feel very much like I belong, and that is a very important and special feeling” compared to her native Belarus. “(It offers) security, which we have a lack of in Brazil,” confessed Roisenberg. 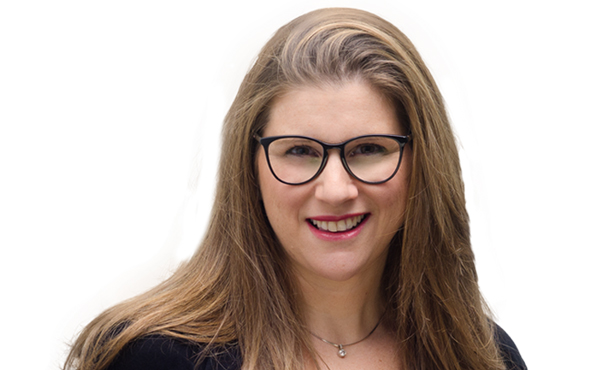 What significance does Israel have compared to the rest of the world? “At the bare minimum, Israel is the insurance policy for Jews worldwide,” said Barak Rozen. “However, Israel is so much more than that and is a leader in technology. Whenever I travel abroad, I am always amazed at the awe that people have for Israel.” Roisenberg added how Israel “being a Startup Nation, offers opportunities in different jobs of research.” “Despite the fact that Israel is a small country with limited resources, until this day it amazes me how highly developed Israel is in terms of life expectancy, education, per capita income, and other indicators that account for a good quality of life,” stated Kashmir, originally from Uruguay. “I think Israel is a symbol of the power of determination.” “Unlike in the rest of the world, there is a feeling that we must be at the forefront in order to survive, and you can see this especially in the local high-tech arena,” added Mine’s Huisman. “The need to be the best, bring the best technological solutions, and be a leader in innovation.” Afonina: “Israel has the best and leading technology arena, an authentic atmosphere, and great people.” What are some of the most common misconceptions about Israel and Israelis? “People don’t quite understand how it is in Israel, and sometimes compare us to a non-progressive country unlike what we really are,” said Waldstricher, who moved from the USA. “The most common misconception is about security,” believes Roisenberg, who moved from the dangers in Brazil. “For foreigners, they believe living in Israel is very dangerous with a lot of shootouts in everyday life or that the Israeli-Palestinian conflict makes life impossible. Another misconception is our landscape, being all desert, being a place without water and no forests.” Kashmir: “It seems to me that people from all over the world, especially from countries whose ties with Israel are not so strong or that know Israel only through their evening news channels, believe that Israel is not a safe place to live, dangerous, and chaotic for the most part of the time, when the reality couldn’t be further away from that.”

Aside from Zionism, what else attracts you to Israel? “Security,” Roisenberg affirmed. “The simple feeling of walking freely in the street, without having the sensation of urban crime.” “Tel Aviv is, to me, the best city,” said Huisman. “The feeling of freedom to be who you are is very much felt in this city. I'm closing a decade in Israel this year and I'm happy that I have built myself here in the last decade, as well as finding here the man who became my husband in the first year in Israel.” “Because of this spirit that I mentioned earlier, the chutzpah, that runs deep in the people, Israel is a land of opportunities: nothing seems impossible to achieve,” stated Kashmir. “I think that’s what makes Israel so captivating. Its innovation ecosystem as well - it dares us to think about the next big idea, it's the land of the bold.” Waldstreicher: “The directness and results in the Israeli ecosystem speak for themselves and I love it.”

“While the Covid-19 situation is far from over almost everywhere in the world, it is basically over (at least for now) here in Israel,” said Barak Rozen. “How amazing is that? A small little country, in the middle of nowhere, has essentially reopened – safely - its whole economy.” 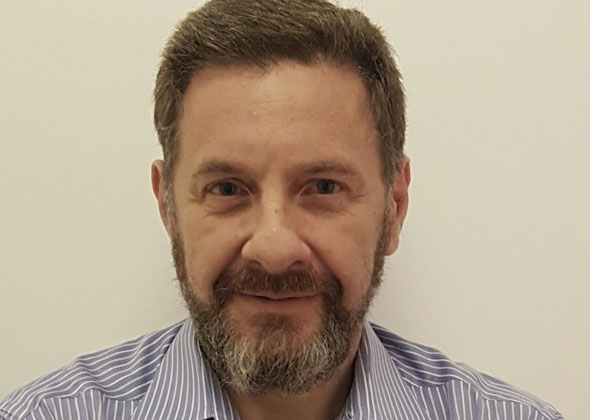 What are your plans while you're here?

“I'm fully committed to building bridges between the place I come from (Uruguay) and the place I choose to build my future in, and there is no better way to do that than through technology and innovation,” affirmed Kashmir. “Israel is full of opportunities waiting around the corner and no one knows which is the next challenge that we will face, both on a national and personal level, and I want to be a part of that.” Afonina: “My goal is to continue to build my life, home, and family here as well as to continue to strengthen my career.” “My plans are to continue to do what I dreamed of doing and I’m lucky to be able to start doing it during such crazy times,” said Waldstreicher. “Having multinational corporations to come and innovate in Israel is an important goal for me,” explained Barak Rozen. “While the foreign corporations are not Zionists, bringing them here and opening the doors between them and Israeli businesses fulfills the Zionistic dream par excellence and it allows me to directly connect my Zionism with my professional passions and livelihood.”