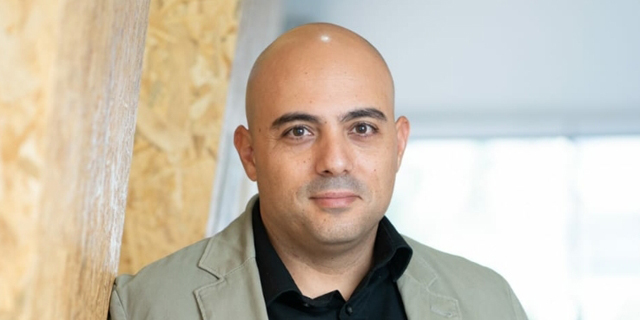 Dealing with the problem of food security in the world

It is clear that innovation, technology, and research are critical tools in order to cope with the challenges associated with food insecurity and changes in the climate, writes Or Haviv.

Achieving food security by the year 2030 will be a major challenge and will remain so throughout the twenty-first century. Sustainable development goals and other international efforts to achieve food security involve new technologies as a necessary tool to eradicate hunger.

Ensuring a stable and healthy food supply to the growing population in the world has become increasingly urgent, especially in the face of climate change. Despite an expected increase in food production in developing countries, the number of people at risk of hunger is expected to increase, especially in the poorer regions of the world. In order to improve the food sector. We must deal with the effects of malnutrition and over-consumption, rising food prices, difficulties in transportation of food, farmers’ production threats, inefficient production methods, and supply chains, and a decrease in investment in research on food systems. In addition to causing widespread human suffering, food insecurity contributes to the depletion of natural resources, migration to urban areas, and even political and economic instability. Although the technology is not a remedy, it is certainly key to dealing with the issue of food production. Today it is clear that widespread use of advanced technologies and practices is critical to tackling the problem.

Or Haviv, partner and head of innovation at Arieli Capital. Photo: Hadar Yaakov

Food insecurity harms communities around the world, especially where poverty inhibits purchasing power and prevents access to a guaranteed supply of food. Global food prices have risen dramatically in recent years and are expected to rise further and respectively disrupt the stability of food prices.

The number of hungry people in the world has risen from 800 million to more than 1 billion as a result of rising food prices, and it is estimated that another 44 million people have fallen into extreme poverty due to rising food prices in the last decade. The world of nutrition moves towards a greater intake of calories, fats, and animal products, and a growing number of countries with low income and the state of middle-income encounter a double burden of malnutrition, especially among children, along with the rapid increase in the number of people who are overweight and obese have pushed respectively a rise in chronic diseases more that are related to obesity.

The food system is facing additional pressure as the global population grows and is expected to reach about 9 billion by 2050. This dramatic increase in the global population will be accompanied by significant changes in the regional distribution of the Earth's inhabitants. From 2010 to 2050, the population of Asia is estimated to grow from 4.2 billion to 5.1 billion and the African population will grow from 1 billion to 2.2 billion. As the world population grows, the area available per capita has decreased from 13.5 dunams per person in 1950 to 3.2 dunams per person in 2005 and is expected to decrease to 1.5 dunams per person in 2050. Agriculture continues to be the mainstay of most low-income countries, employing most of the population in these countries. For these reasons, the world recognizes the importance of agricultural research and development for food security and poverty reduction.

To adapt to climate change and ensure food security, major interventions are required to change the current patterns and practices generally accepted in the areas of production, distribution, and consumption of food. There is no doubt that the scientific community has a crucial role in an investment strategy. The creation of agricultural production systems tailored to the conditions of climate change, to reduce greenhouse gas emissions, make effective use of resources, develop efficient supply chains, ensure adequate nutrition, and encourage a healthy diet. It is important to consider and promote the contributions of innovation & research to enable us to face the challenges of global food security, especially in the context of climate change.

Experts predict that in the coming decades, climate change and extreme weather events will exacerbate the fragility of food production systems and the natural resource base, especially in places with particularly hot climatic conditions. While the overall impact on agriculture will vary between geographical areas, it will be more difficult for farmers to plan and manage production and prevent terminal or pest crop losses wherever planting seasons and weather patterns change. It is expected that even a rise of 2 degrees Celsius is likely to be problematic due to increased floods and storms, lack of water resources, and more. It is clear, however, that in the future a larger change in global temperature will be catastrophic. A change of 4 degrees Celsius in the average global temperature is expected to have a significant effect on the main crops.

In light of these figures, it is clear that innovation, technology, and research are critical tools in order to cope with the challenges associated with food insecurity and changes in the climate. The innovative technologies available today enable the establishment of climate-resistant agricultural production systems, efficient use of resources, development of low-waste supply networks , and more. It is clear that this advancement will not be possible without scientific and technological innovation, along with changes in policymaking and government support. The main task facing technology companies in the field is to enable new working ethods and enable smart agriculture. This is so that farmers can produce significantly more food in less land, with less water, using less energy, fertilizers, and pesticides without further harming sensitive ecosystems.

Science, technology, and innovation can play a critical role in producing more food by creating plant varieties with improved traits as well as optimizing the inputs needed to make agriculture more fertile.

For example, genetic modification of plant varieties can be used to produce nutrients, drought tolerance, herbicides, diseases or pests, and for higher yields. However, genetically enhanced varieties may not increase yields if constraints such as problematic soil fertility cannot be overcome. Fertile lands play a key role in maintaining agricultural output and thus in food security. In this area, the focus of innovation and technological developments is more on crops and the fight against pests and diseases and less on sustainable land management methods. However, healthy plants grow on healthy soils that are less affected by pests and diseases. Similar to soil fertility, water availability is a critical infrastructure for ensuring and improving crop fertility. About 70% of the world's fresh water supply is devoted to agriculture, however, many farmers do not have access to water for agriculture due to lack of water. In response to such challenges, for example, renewable energy pumps and technologies for desalination and improved water efficiency have been developed that may make water more available for food production. Plus, rainfall storage systems and desert brackish water treatment are also potential technologies for irrigation and greenhouses and can alleviate the lack of availability of water caused by unpredictable rain and allow farmers to grow throughout the year. Other technological solutions in the field include early warning systems. Eighty percent of the estimated 1.4 billion dunams of global agriculture feed on rain, which constitutes about 60 percent of global agricultural output. Accurate and reliable weather forecasts allow farmers to utilize rains to produce crops in areas with extreme weather variability. The growing threat of global climate change greatly amplifies the urgent need for food systems to move in order to better meet the needs of humanity. This will require large interventions, on a local to a global scale, to change current patterns of food production, distribution, and consumption. Investment, innovation, and a concerted effort to empower the most vulnerable populations in the world will be required to build a global food system that adapts itself to climate change and ensures food security while minimizing greenhouse gas emissions and conserving our natural resources base. Very extensive investments in sustainable agriculture, including improving the supporting infrastructure and rehabilitating ecosystems, are an essential component in long-term economic and technological development.

The technological community has a vital role to play in fulfilling the global challenge of moving the world to a safe space where agriculture can meet global food needs. Given the difficult conditions and challenging global changes, we must take urgent action, mobilize the worlds of technology, invest in resources, and in the development and implementation of advanced solutions that will save the growing population around the world from starvation.