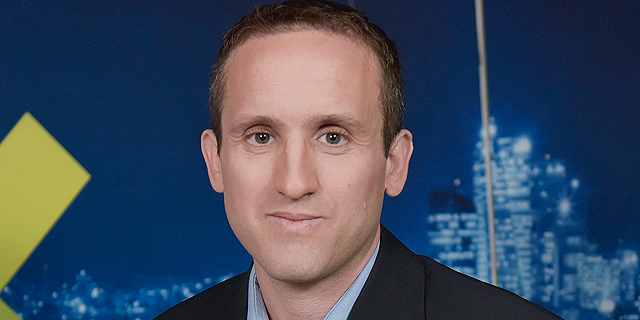 Appropriate government support of early-stage startups will prepare the sector for future technologies and allow Israeli innovation to be at the forefront of the Israeli economy, writes Sagi Dagan, Head of the Growth & Strategy Division at the Israel Innovation Authority

In most branches of the economy, the Covid-19 pandemic resulted in great uncertainty and economic damage. In the course of the year-long crisis, investors halted their investments and companies cut expenses. As Israel recovers and returns to its former routine, the high-tech sector is closing this Corona year in a far better state than that of the economy. It has seen growth in sales and investments, while other segments of the economy have suffered extensively. Just as the country's existing healthcare infrastructure proved itself invaluable in the vaccination campaign, so – in ways that are both alike and different – the infrastructure of the public system is a key factor in the high-tech sector. The current high-tech situation, despite the crisis, is the result of appropriate government policy and activity spanning the last 50 years, that provided incentives and enabled the private sector to flourish. Since the early 1970s, Israel has had a consistent, non-partisan policy of supporting research and development through the Office of the Chief Scientist at the Ministry of Economy (now known as the Israel Innovation Authority) without any government input regarding direction or focus. These were left to the free market to decide, based on business-technological opportunities, helped along by a general government push to engage in innovative, advanced R&D to realize such opportunities.

The maturation of the high-tech sector in the last decade, which is in part a result of this consistent government policy, has elevated Israeli startups to the premier league of global high-tech investments. During the last decade, the dramatic increase in growth investments and the scope of new stock issues at the beginning of this decade resulted in an Israeli high-tech boom, with enormous benefits to the nation, to Israeli entrepreneurship, and to local and global investors. Today, given the tremendous clout of the private sector, the State of Israel is operating in the high-tech sector via the Israel Innovation Authority and focuses on areas where there are distinct market failures, and where a lack of government support aimed at laying the infrastructure for a technological future would leave the Israeli high-tech behind in the coming decades. Just as 50 years of appropriate government activity regarding Israeli innovation made it possible for the high-tech sector to navigate the economic crisis of the Covid-19 pandemic, such government activity is now needed, though its focus is changing.

At a time when investments in Israeli high-tech continue in areas with obvious economic potential, this is not the case for emerging future technologies. Appropriate government activity in these areas, through the support of early-stage startups – in technological infrastructures for R&D, training programs for suitable human capital, and more – will also prepare the sector for future technologies and allow Israeli innovation to be at the forefront of the Israeli economy, in future crises as well.

It is easy to present the high-tech sector as a separate economy for the few, but the data show otherwise. The high-tech sector and its technological innovation are the Israeli economy's most important natural resource. This sector represents about 15% of the GDP, 45% of all exports, and some 24% of income tax from salaried employees. This is not a shadow economy operating in parallel to the rest of the economy. Rather, high-tech is the future technological and innovation economy of the 21st century, bringing in its wake other segments of the economy – healthcare organizations, seaports, the food industry – all working together with startups to engage with innovations in their own fields, thus establishing a technological advantage in the global arena. Business and public organizations that fail to adopt innovation and technological advances will not be able to exist for too long. They are destined to be left behind and disappear. At present, formulating a policy on innovation for Israel is doubly complex. On the one hand, we must maintain the lead established in high-tech over the last 50 years, and, on the other hand, the government must accelerate the transition of the rest of the Israeli economy, and of itself, into the 21st century, and join the technological forefront. This requires innovation in government policy, which transitioned from creating the tech industry to supporting innovative and high-risk innovative technology, as well as supporting enabling regulation that is suited to the technological innovations and advancements. Because this is the way – the only way – to generate groundbreaking Israeli innovation that will outline our global leadership as a nation, the way that only Israel's unique human capital can generate.

Sagi Dagan is the Head of the Growth & Strategy Division at the Israel Innovation Authority.