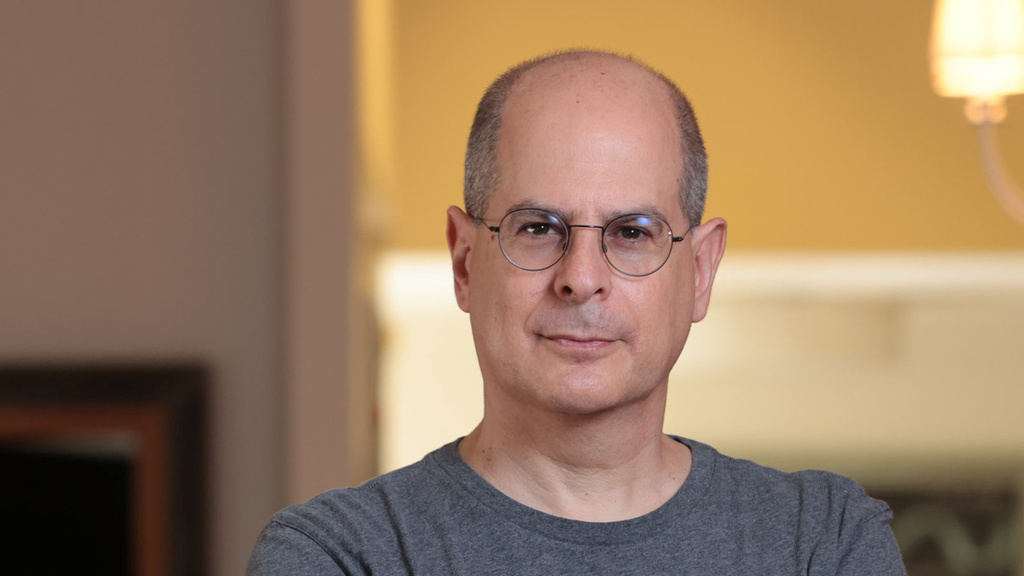 “The world has lost all proportions, I hope these are not the last days of Pompeii”

Despite selling LiveU for $400 million, Eran Gorev, President of Israel and Senior Operating Partner at Francisco Partners, is concerned with recent high valuations and warns “it could come back and bite the whole high-tech ecosystem”

Eran Gorev, President of Israel and Senior Operating Partner at Francisco Partners, what is it about Israel that makes it attractive to foreign investment funds?

"There is an excellent base for technology and entrepreneurship here. But as a small country, we have a limited understanding of market needs, marketing capabilities, and sales capabilities. Our Israeli branch ensures stability even during times of crisis. In an event such as Operation Guardian of the Walls, when other investors can not be in direct contact with the companies, we can. Look at MyHeritage, and LiveU, which is being acquired these days, Redis Labs or ClickSoftware, we put our money where our mouth is."

What did you see in LiveU, which deals with live video broadcasting and is now selling for an estimated $400-500 million?

"It interested us as a company that is experiencing growth in profitability. We have identified an opportunity to assist it in some areas such as recruiting senior executives and several other professional areas to allow it to enjoy more significant growth." 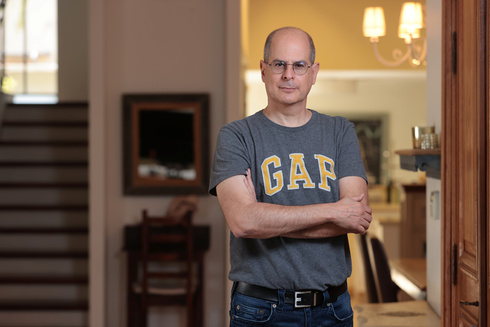 How did the deal come to be?

"The world of video has been growing insanely in recent years, and LiveU was one of the first to enter the field with high-quality real-time video management and transmission technology. Its solutions have replaced the satellite trucks that have been here for years. The company moved into the world of cloud solutions and video management for media outlets, so it not only enables video transfer and remote production rather all the end-to-end management."

This is a very big payday for you. You bought it for $200 million with one more fund only two years ago

"We agreed with the buyers not to refer to the numbers, but it's a nice payday and we are happy with how it went."

What do you think about the current period? Does this sale make you a part of the high-tech bubble?

"LiveU is a much more real, economic deal than many of the hot air deals that took place in the last year. It is common in our world to look at multipliers: sales multiplier, profit, etc. In the last year, partly because of the SPAC phenomenon - the world has lost all proportions. There are low-interest rates, there is plenty of cheap money in the world, and no doubt entrepreneurs, and Israeli companies have been riding these phenomenons, and what we see as a result are all kinds of initial offerings or SPACs, which in some cases, their connection to the normal world of reasonable multipliers for determining company value the way it was a year ago has been untethered.

"On the other hand, with LiveU, the price tag reflects real business activity. It is a growing, profitable company, with a value anchored in reality for us as sellers and also for the buyers (the Carlyle Group)."

But do you also see offerings and SPACs with absurd valuations?

"Yes. There are wonderful technologies in Israel, but in some of the IPOs and SPAC mergers, the value, in my opinion, is not anchored in business reality or is not based on the companies' business results. There were several instances where the value was absurd and detached from reality.”

Why is that a problem?

"Because most of the money is institutional, those are the pension funds, the pension savings of Israeli citizens or teachers in the U.S. or Canada. When an institutional investor decides to invest in an IPO, it is clear that he is committed to diversifying the capital, and that technology companies should be a small percentage of the investment, but alternative investments are intended to increase returns and not jeopardize them. But once companies come in at a ridiculous value, and after a month, two months, three months it already drops by 25% it's an unpleasant blow to the investor. There are already some companies down 25% and even more."

"It does not mean that the company is not good, only that it was valued at too high a price. Maybe it will recover and I will have to eat my words in a year or two, but I have not seen in the last year a real economic reason why prices and valuations had to skyrocket so insanely. The SPACs are not the only issue, because a SPAC merger allows a company to go public, but indirectly, using the SPAC as a platform. Of course, it is great for the entrepreneurs who reap the rewards, and for the employees as well, we see headlines about the new millionaires, and that is great. But companies have to create value over time.”

Why should companies not ride this sudden tsunami of valuations and try to enjoy it?

"It is certainly not against the law. But as a long-term investor, I would not want the investment world to get into some negative hysteria if values drop, and then investors will be afraid to get into technology companies. It could come back and bite the whole high-tech ecosystem.”

There is a decadent feeling in the “unicorn nation”

"There is a feeling that we are all celebrating. People who have their pensions with institutional bodies also see and read the same headlines. I just hope that they will also benefit from positive returns over time. They are not interested in whether a company is worth $2 billion today or $10 billion. They care if they will have a good pension when they retire, so I hope these are not the last days of Pompeii, and that these companies will prove to be wonderful not only in technology but also in business performance. Significant drops in SPACs or IPOs will make investors look at companies with a more cautious eye and that is not necessarily a disaster."

Who do you think can regulate this madness?

The stock exchanges themselves: Nasdaq and Tel Aviv both benefit from it, but they are just the platform. High business volume produces more revenue for them. In the U.S., the Securities and Exchange Commission has forced companies to report in a certain manner that recognizes certain components as an expense, to avoid showing too high a profitability or performance and preventing innocent investors, even if represented through an institutional body, from falling into a trap of misunderstanding. In the U.S. we see a regulator that took steps and released some of the hot air. In the last two or three months, there has been a bit of disillusionment there and it is overall good and serves all sides "

Should this happen here as well?

"I do not know how many SPACs there are in Israel, abroad there are Israeli SPAC actors. And one company you mentioned is experiencing a decline in value."

How does this affect the industry you are a part of, the foreign funds in Israeli high-tech?

"Our industry is stable. Private equity investors bring to the table more than just money, they also bring faith in a company and help develop value-creating abilities with the assistance of a consulting team, as we have. We only go into real companies, with significant business volume, sales, customers, products, revenue, real companies with business meat after customers have proved to want the product. We only enter if there is an opportunity to create additional value and not go into startups at the beginning of their journey.”

"When other investors turn to us, we look at every opportunity separately, as in the case of LiveU. So whether the market is going up or coming down, we will continue to make deals. For us, an IPO of one of our companies is also a means of realizing our investment. Am I worried the market will go up or down? No. I act both here and here. I am concerned by, or do not see a rational justification for, such a significant increase in the multipliers by which some companies are valued, and I will be saddened to see if institutional bodies will have significant losses."

You bought MyHeritage for $600 million. What can be improved in it?

"The field of genealogy is growing around the world. We believe that the company can become a leading player in countries where it is today the number 2 or 3 player. Furthermore, we think it has intellectual property assets and customers which can be offered supplemental solutions that can give greater economic value to the company.”

You previously had a 70% stake in NSO, which is now under scrutiny due to claims its Pegasus spyware was used against heads of state, human rights activists, and journalists.

"We had holdings in it a few years ago and we sold it, so it's irrelevant to the current market. Francisco Partners has invested in hundreds of companies over the years."

Is NSO experiencing a character assassination?

"We have no idea what's going on there."

Would you invest in a company like that today?

"As an investment fund active in the world of technology, we do not focus on specific content. We are looking for mature growth companies."

Last question, are we in a bubble?

"Undoubtedly, the feeling is that some companies are trading at a very high-value today. The fact is that since the 2008 crisis there has been a continuous trend of the market climbing and that is disturbing. When will a correction come? No one knows. Will it come? Yes.”