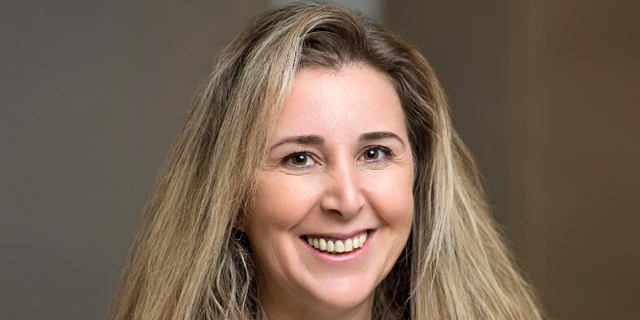 Breaking the glass ceiling for women in tech

“There are two things I see as our main goals. First, to raise a generation of workers who did not go through the traditional path to lead the industry, and second is to help more and more women shatter glass ceilings,” said Speedvalue co-founder and CEO Tali Shem Tov, who as of the middle of July is the only woman leading a publicly-traded tech company on the Tel Aviv Stock Exchange (TASE). “I do not think that title changes anything, at the end of the day I am not here to promote causes. However, I do feel a responsibility to open doors for others because I really believe in it,” Shem Tov explained. “There is some improvement today, not enough, and I can say that in many executive forums we discuss it. Just recently, I hired, for a key position, a woman who was five months pregnant. She is going to be in charge of very important work, in four months she will go on maternity leave and I will have to find someone else again. But she was the right person for the job, she really impressed me, so we will make it work and she will come back with even greater motivation.”

Shem Tov is a well-known veteran of the industry. She and co-founder Ayal Zylberman launched Speedvalue in November 2019, only months after their previous company Qualitest, which Zylberman founded and Shem Tov served as its CEO for Israel and Eastern Europe, was acquired by Bridgepoint VC for $420 million. The two took their newfound capital and went to work. In 2020, Speedvalue acquired Welldone Software and CodeValue. “We decided on a strategy of organic growth alongside acquisitions. Both specialized in the development, architecture, and characterization aspects of the cloud and digital realms for over a decade,” Shem Tov explained. “Our vision was to challenge existing IT companies and to build a company that would lead the IT market in the development, architecture aspects of the cloud and digital realms.” “When we looked at those companies we looked into their professional assets that we were interested in, as well as their potential. The big IT companies often acquire proven companies and just maintain them. We, on the other hand, saw companies with great assets but still needed someone to come in, build their infrastructure and propel them forward,” she said. Speedvalue is in the process of acquiring two more companies as its strategy seems to pay off. The company began trading on the TASE last month after it raised NIS 30 million (more than $9 million) at a NIS 130 million (about $40.5 million) valuation, and so far its shares have been going up. Focusing solely on cloud and digital solutions, Speedvalue was already promoting digital transformation even before covid accelerated processes all across the globe. “Why do we focus on digital? We learned from our experience with Qualitest that once you focus on something and put an effort towards it you can become the best at it. And that is what we want to do with Speedvalue, we want to focus on what we do best, cloud and digital, which is also a market with great potential,” Shem Tov said while she looks ahead to the market’s next big challenges. “Users are much smarter than before, so there is a need to build products, applications, and platforms that are powerful, user friendly, and secure. Companies that want to lead the market have to build their products properly and predict what their users want. These are the things we are looking at when considering future trends, user behaviors predictions, AI, internet of things, they are all trends that are happening now but have so much more room to grow.” Like the rest of the Israeli tech ecosystem, Shem Tov is concerned with the current lack of human capital. “It is hard to find the right talent especially these days,” she said. “The big companies came in and invested heavily in Israeli high tech, for good reasons, but their entrance threatens us with regard to human resources. Furthermore, the many recent IPOs and fundraising brought a lot more investments here. So the competition is fierce and there is not enough talent."

The scarcity of staff brought Speedvalue to initiate their own solution, trying to find the right people in new places. “We believe in trying to bring more people into the industry, usually, there is a very high bar, however, there are those who did not earn three degrees or did not go through the traditional path into the industry, but they are very bright and show great potential,” Shem Tov said. “So we organize ‘tech boosts’, we do not only say let us give back to the community, which we also do, rather here, we create a tech boost with challenging threshold demands, where not everyone who passes has a computer science background but they all have potential.” In its few years of existence, Speedvalue already launched three ‘tech boosts’ with more than 30 current employees who started in the program. “Those accepted are considered employees from day one, we prepare them during a very intense month, and then we put them to work with a mentor that accompanies them for the whole year, and we also assign them to existing teams,” Shem Tov noted. “If we want to promote Israeli tech we have to raise the next generation of the technological workforce and give them a chance.”