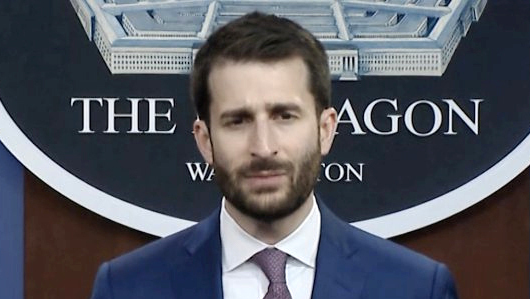 Oracle recruited DoD executive to save its Israel cloud bid

The software giant brought in Ezra Cohen, former Acting Under Secretary of Defense for Intelligence under Donald Trump, to try and thwart the tender won by Amazon and Google by pressuring members of Israel’s Foreign Affairs and Defense Committee

In late June, in the midst of the hot and sticky Israeli summer, an elegantly dressed American citizen landed at Ben Gurion Airport. It is doubtful whether his almost generic Israeli name, Ezra Cohen, evoked any curiosity among the staff of the Sheraton Hotel in Tel Aviv where he stayed and met with journalists. However, the 35-year-old who may look like a tourist who came to do some business and some lying around on the beach, is none other than the former Acting U.S. Under Secretary of Defense for Intelligence during the Trump Administration. 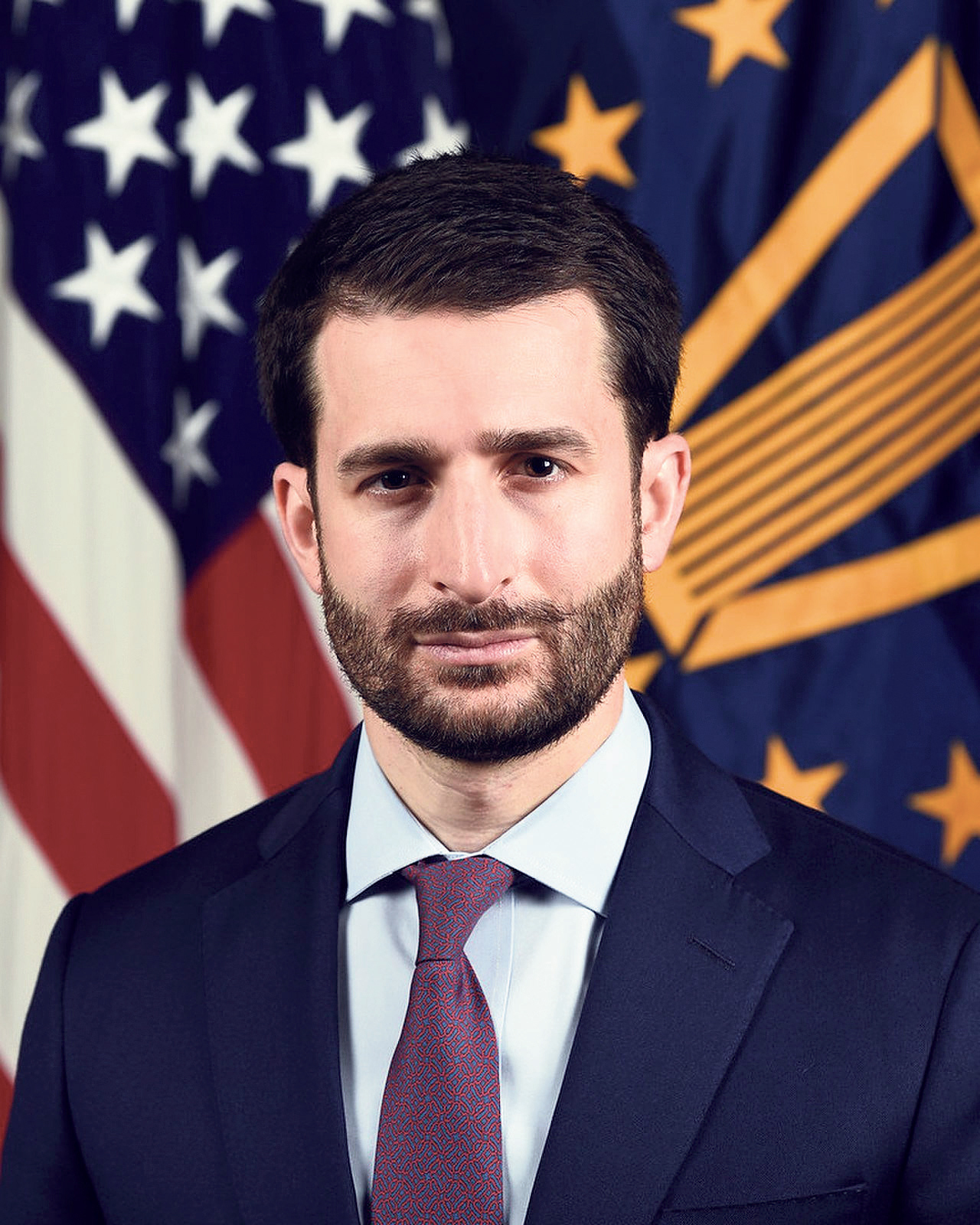 Cohen, a former member of the American intelligence community, was called to Israel to carry out a special and sensitive task on behalf of the American software giant Oracle - disqualifying Google and Amazon, its competitors, from winning Israel's cloud tender, the Nimbus project. Not only is this task worth a lot of money, NIS 4 billion ($1.2 billion) in the project’s first phase and another NIS 1-1.5 billion ($300-$500 million) annually, but it also provides strategic access to a comprehensive cloud infrastructure that provides services to the IDF, the Ministry of Defense and government ministries. Cohen was just one of the heavy hitters that Oracle sent to Israel to apply pressure. Shortly after he arrived in Israel and asked to meet with journalists, in early July, Safra Catz, the CEO of Oracle, followed in his footsteps. “Larry Ellison (Oracle founder) and I are committed to Israel publicly and give from our time for it,” she said to the journalists who came to meet her. Offhandedly, she referred to Oracle's loss in the tender saying "It is very difficult to understand the decision, perhaps they did not have all the relevant information before them." Not meeting IDF standards Cohen, vice president of corporate strategy at Oracle, was sent to Israel to closely monitor the attempt to gather evidence for a petition filed by Oracle in the Jerusalem District Court to disqualify the July 11 tender. Attempts that have been gaining momentum since March of this year, when the Tender Committee of the Accountant General informed the company that it did not pass the threshold score and was therefore disqualified. Cohen’s task seems extremely difficult, perhaps almost impossible, in light of the IDF's firm position on the matter. Calcalist has learned that Oracle’s solution did not meet the Israeli military’s high standards that ensure its reliance on the system during routine activities and emergencies. Furthermore, the position of the Israel National Cyber Directorate, which includes the position of the Defense Commissioner in the Ministry of Defense, also did not make things easier for Oracle, determining its proposal did not meet the grade for defense and quality that were set. The IDF's position, which was formulated by a team that included people with extensive experience and technical knowledge in the field of IT and cloud, was adamant about Oracle's solutions. It argued that Oracle's cloud services fall significantly short of the bids submitted by the other competing companies. For example, it argued that the service did not include Virtual desktop infrastructure, meaning the ability to work remotely, and Oracle's offer relied solely on third-party products. 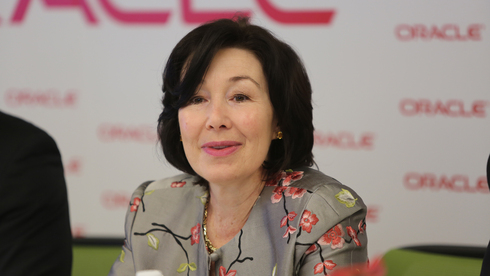 Another problem with Oracle's services, the IDF said, was the company's ability to support advanced services needed for big data analysis, which are necessary to support artificial intelligence and machine learning. Oracle's offer, according to the IDF, did not include the basic capabilities needed by the military in these areas. Another disadvantage of Oracle's cloud service capabilities was the encryption capabilities offered by the company on its cloud, which did not meet the terms of the tender at all, as well as the ability to prevent data leaks that are only offered for a small part of the databases. Going after journalists and parliament members Recruiting a person like Cohen, with connections in the American administration and the intelligence community, is certainly not harmful to Oracle when it tries to overturn opposition from Israeli security bodies to winning the tender. But regardless, Oracle has put a lot of effort, and a lot of money, looking for a game-changer, something that will turn the tide. After requesting, and receiving, from the Ministry of Finance the protocols and opinions on the basis of which Oracle was rejected and its competitors won, Oracle hired the law firm of Yossi Levy & Co. to dive into the information and look for a lifeline for its bid - evidence of an unreasonable disqualification decision, or a flaw in the selection processes, and perhaps even, if Oracle is lucky, a conflict of interest, a hidden, undiscovered connection between the decision-makers and the winning companies that will result in a re-examination of the entire procedure. A petition was indeed finally filed by Adv. Levy in July. Cohen had many plans on how to try and overrule the tender. He tried to persuade reporters at a meeting in the Sheraton's lobby that the company experienced a great injustice. "Cohen wants to meet over the issue of the government's cloud tender, he describes inappropriate things that were done there," read an email sent to a journalist. Cohen scheduled meetings with members of the Israeli parliament (The Knesset) whose work relates to security issues, including members of the Foreign Affairs and Defense Committee, in an attempt to convince them that if Google and Amazon carried out the project, it would pose a threat to Israel’s security and the protection of national infrastructure. Among other things, Cohen claimed, in what could have led to a diplomatic incident, that Amazon's servers were stationed in Germany and it could be a security issue. Knesset members who met with him expressed surprise at the claim that Germany, which is considered one of Israel's closest allies, poses a threat to Israel's cloud infrastructure. When asked why Oracle was rejected, without disclosing the IDF's stand that Oracle's solution was inferior to its competitors, Cohen claimed that military officials involved in examining the solution preferred Google and Amazon because they were considering their future career in the private sector after retiring from the military. According to one source familiar with the details, one of Cohen's plans was to bring to Israel a large American corporate intelligence company that would assist in the investigation and will find evidence to support the petition. However, Oracle Israel believed that time was of the essence and that it would take too long for a company from abroad to study the matter and gather evidence. Therefore, they left the decision on how to legally attack the tender to Adv. Levy. Levy, for his part, as revealed in Calcalist, chose to hire the services of CGI Group, headed by CEO Zvika Naveh, and its president is a former minister and former head of the Israeli Internal Security Service known as the Shin Bet, Yaakov Perry. CGI Group has continued to operate behind the scenes in recent weeks in an attempt to obtain evidence regarding the tender. It is important to note that immediately after the report of CGI Group’s involvement, Oracle issued the following response: "We have no connection with CGI Group or its executives Yaakov Perry and Zvika Naveh. We have never worked with them and do not work with them, directly or indirectly." When asked whether Oracle knew Levy had hired Perry and Naveh's CGI Group to gather evidence on the tender, no response was given. Adv. Levy denied contact with Naveh (see the full response at the end of the article), CGI Group CEO Zvika Naveh declined to comment. Although Cohen is not mentioned on the Oracle website, his biography on the U.S. Department of Defense website states "Cohen served as Senior Director of Strategic Initiatives at Oracle Corporation, where he advised the CEO on security issues. In addition, Cohen was responsible for international efforts to deploy Oracle's secure cloud technology among allied governments, especially NATO members.” Not the first time How important is the cloud market to Oracle that Cohen was recruited to deal with Israel? The global market today is dominated by three giants: Amazon, Microsoft, and Google while Oracle lags behind with only 2%. However, the company seems to be having a hard time dealing with losses in government tenders. As early as 2018, Oracle sued the US Department of Defense after losing a $10 billion tender for the JEDI project. After two years of legal proceedings, Oracle also lost the legal battle, but its lawsuit resulted in the cancellation of the contracts in the tender and last July the Pentagon was forced to announce the opening of a new bid. Many similarities can be found between Oracle's conduct in the U.S. and what we are currently witnessing in Israel. Even before the winners were announced in Washington, Oracle insisted that the tender was tailored to Amazon's needs and capabilities. The ruling against Oracle in September 2020 stated that the company "did not meet the basic criteria set in the tender", and its claim that the tender was skewed was rejected.

Yossi Levy told Calcalist in response: "I use from time to time investigation services for my clients, and our firm also used the services of Naveh. I have never used Naveh’s services neither directly nor indirectly for Oracle. I used their services in the past for locating properties in Germany for a significant client who wanted to look into acquiring them but eventually decided not to." Oracle said in response: "Ezra Cohen is vice president of corporate strategy at Oracle. The company considers its relations with Israel a top priority of strategic importance."