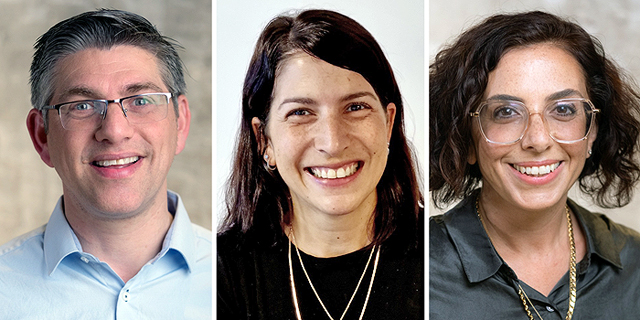 BLEND, a leading provider of artificial-intelligence-powered localization services that markets its products to large and small businesses, announced on Sunday the appointment of several new additions to its management team following the company’s expansion over the past year. The new appointments include Hila Shitrit Nissim, who served as VP of Marketing of the Viola Group and was appointed as CMO; Hadar Gershuny, who led R&D groups at companies such as CyberArk and was appointed as VP of Research and Development; and Daniel Italiaander, who managed operations at Payoneer and was appointed as VP of Operations. Hila Shitrit-Nissim has 20 years of experience in the world of high-tech marketing, previously  serving as vice president of marketing at Viola Group for 12 years, followed by stints as vice president of communications at promo.com. During the past year she has provided marketing services to several early-stage companies, including X-trodes, Cervello, and XTEND. She is a member of the Community of Global Marketing Managers from Israel forum, and a frequent lecturer in marketing and branding for startups. She holds a bachelor’s degree in economics and a master’s degree in business administration. As BLEND’s Chief Marketing Officer she will be responsible for leading the company’s marketing, branding, and growth efforts. 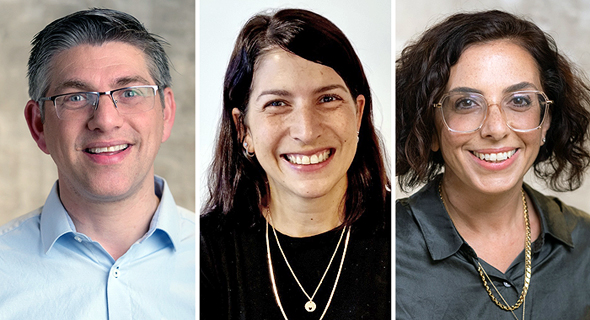 From right to left: Shitrit-Nissim, Gershuny, and Italiaander. Photo: BLEND

Hadar Gershuny has vast experience in global technology development, having managed several R&D teams at companies such as CyberArk, Syntech Media, and 888. She served almost ten years in MAMRAM, an elite computer unit of the Israeli military. She holds a bachelor’s degree in economics and a master’s degree in business administration. As BLEND’s vice president of R&D, she will manage the company’s R&D teams in Israel and Eastern Europe. Daniel Italiaander has over 20 years of experience in operations and delivery management. He managed services and operations at Payoneer - which recently went public on the Nasdaq - for eight years before joining BLEND. Prior to that he served as the director of technical support at ICAP and at RSA, which acquired the Israeli company Cyota. He holds a bachelor’s degree in organizational psychology and a master’s degree in business administration. As the company’s VP of Operations, he will oversee an entire community of freelancers providing translation, content editing, localization research, dubbing, and more services to the company’s various customers. “As part of the growing demand we are experiencing, and our strategic expansion to provide localization services to large enterprises, we are pleased to add talented managers and executives who bring with them extensive experience in various fields. In the last year and a half, in addition to these appointments, we have added other senior and mid-level managers from companies such as WIX, Fiverr, Payoneer, My Heritage, AWS, and more. I am also very proud of the increasing female presence among BLEND’s employees, which today has already reached over 50%,” Yair Tal, CEO of Blend, said.

BLEND is a leading AI-powered localization company founded in 2008. Formerly known as OneHourTranslation, the company empowers global brands to establish a native presence in fundamentally different markets, worldwide. It recently acquired GM Voices, a global provider of professional voice recording services and multilingual voice services for global organizations. Currently, the company employs 150 people, half of them in Israel, while the rest are located in subsequent branches in Los Angeles, San Francisco, Atlanta, London, Shanghai, Kiev, and Bucharest.