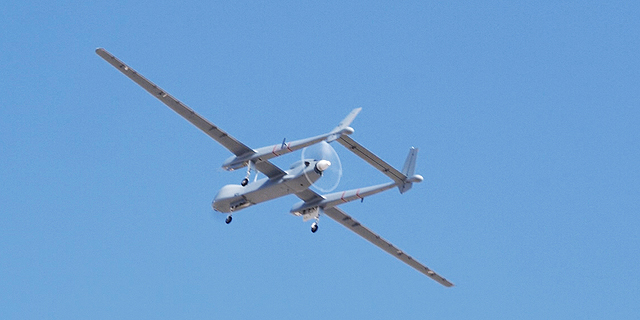 Although the Israeli military had no part in the war in Afghanistan, its defense industries sold weapons such as drones, armor for APCs and anti-tank missiles to the United States and other ally forces, totaling over a billion dollars

On one Saturday in March of this year, a gray plane took off the runway from Ben-Gurion International Airport. Onboard the Airbus A400M which began to accelerate its turbo-boost engines was the Iron Cross signature of the German Air Force. The plane’s unexpected destination was none other than the Mazar-i-Sharif International Airport in Afghanistan. The cargo that was loaded in a container in the plane’s underbelly included a Heron-1 Medium Altitude Long Endurance (MALE) unmanned aerial system manufactured by Israel Aerospace Industries. Four months prior, one of the two Heron UAVs that the German military leased from IAI crashed. An investigation found there was an engine malfunction. That had already been the second such incident, and the Germans suddenly found themselves with only a single usable UAV, which was designed to accompany armored Western forces in the severed country, and locate planned attacks against their forces. Another UAV was ordered, and the moment it was ready, the Germans quickly rushed to send over a plane to transport it to their forces. 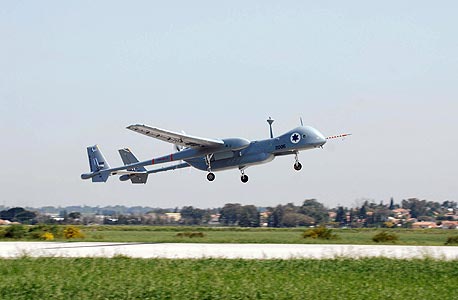 The U.S. withdrawal from Afghanistan will have implications for Israel’s defense policy, but it is already affecting Israel’s defense industry. For the U.S. military, this marked the end of a long and drawn out 20-year war. According to estimates, the U.S and its allies acquired over a billion dollars worth in weapons from Israel for the continuous battle against the Taliban, and the relationships forged between the Israeli defense industry and Western allies were an opening for additional transactions as well as current and future contracts. No Israeli boots on the ground Since the fighting took place in a hostile enemy Muslim country, prior to every transaction the Israeli defense industry trained foreign teams to cope with every aspect of operating those systems, while Israelis stayed online to provide advice from afar. Unlike the sales to Gulf countries for example, there weren’t any Israeli boots on the ground, not even in a reduced capacity. Also, unlike the Gulf War in Iraq where U.S. forces retained a low profile when operating Israeli systems in order to deny claims that they were cooperating with Israeli assistance, the U.S. and its allies didn’t hide the fact that they were using Israeli weapons. That level of secrecy was only used when operating weaponry manufactured in Israel, such as the Spike anti-tank missiles that the UK acquired from Rafael Advanced Defense Systems in 2007. The missiles were operated successfully against Taliban targets beginning in 2009, but the British Defence Ministry attempted to conceal their use, until it was exposed by the British media. “The Israeli industries responded quickly and were flexible, especially in UAV leasing transactions to Western countries who required them in Afghanistan, and as a result earned new customers,” a defense industry source told Calcalist. “Despite the substantial income, the end of the war isn’t a major economic blow for them, and they have plenty of other markets. As Western armies reduced their presence in Afghanistan, contracts with Israeli defense industries’ also lessened. Over the past two years, there were barely any new transactions for forces in Afghanistan.”

After the U.S. invasion of Afghanistan in 2001, other NATO countries like Germany, Spain, Britain, Poland, Australia, and Canada along with Asian allies such as Singapore also deployed their forces. According to foreign sources, some, like Singapore, acquired IAI’s Searcher 2 UAVs, and when the country sent its forces to Afghanistan in 2009 to take part in Operation Ongoing Freedom, they brought along their Israeli-made drones. In contrast to the U.S, Europeans have a very limited drone industry. NATO countries who need those abilities, prefer to purchase from Israeli industries due to their lower prices and higher availability. So far, Canada and Australia acquired Heron 1 UAVs from IAI. In 2007, Canada signed a two-year contract valued at $90 million, which has been extended several times. Australia joined and signed a similar contract in 2009. Two of their purchased Heron UAVs have since crashed, one in a training accident in Canada and another in a mission in Kandahar, Afghanistan. Despite these malfunctions, they extended their contracts until they withdrew their forces from Afghanistan in 2014. Two UAVs remained in Australia until 2017, worth tens of millions of dollars.