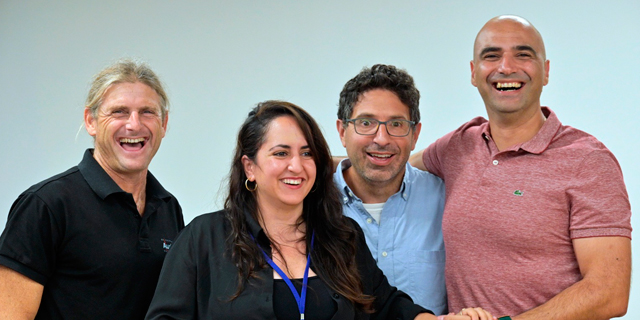 Antidote Health raises $12 million seed round to set up virtual HMO in the U.S.

Telehealth provider Antidote Health announced on Wednesday that it has raised $12 million in seed funding to build an AI-based virtual health maintenance organization (HMO). The round was led by iAngels, Well-Tech Ventures and Flint Capital, along with other angel investors. Antidote Health is a B2C company that launched in January with the aim of providing uninsured and underinsured Americans with a virtual HMO via Artificial Intelligence that connects users to doctors with a smart chatbot and through video calls. "Antidote Health chose an HMO model based on the belief that it is the right way to rectify the prevalent problem of access to healthcare in the U.S. market- with over 38 million Americans uninsured," the company said.

By offering a more direct approach to healthcare, Antidote is able to provide individuals quality health coverage for as little as $29 per month, making it an accessible alternative for millions of individuals and families. The company launched a 24/7 virtual acute and primary care service across New York, New Jersey, Florida, Michigan, and North Carolina in January and plans to rollout to more states through 2022. “Healthcare in the United States presents us with a great opportunity - both economically and morally. Making medical services available to a population of millions is an enormous mission," said Avihai Sodri, Antidote Health’s Co-founder and CEO. "The convergence of two disciplines - AI-based virtual healthcare and fintech (insurtech) applicational layers is unique in the technological-medical landscape in that it provides a disruptive force in the market. The melding of advanced technologies and the social impact Antidote produces are part of our organizational DNA and manifest in every action we take.” The U.S. healthcare market crossed the $4 trillion total expenditure threshold last year (about 19% of GDP). It has reached its current state in light of the existing structural separation in the market between medical service providers and insurance companies. The HMO model aims to unite these two parts, aligning the interests between the patient, health providers and the coverer. Antidote is headquartered in New York with an R&D center in Tel Aviv. Antidote Health has 50 doctors and over 30 employees with plans for significant growth through Q4 of 2021.

“If there is any one industry for which Covid-19 highlighted the major gaps and necessary advances, it is the need for access to telehealth," said Shelly Hod Moyal, iAngels Founding Partner. "In the wake of a global pandemic, and as an Israeli who can take for granted access to national healthcare, it is mind boggling that as many as 1 in 4 Americans do not have access to equitable and affordable healthcare. "Israel is not only a leading country in digital health, but in technology as a whole, as can be witnessed by the record-breaking year we are experiencing," added Hod Moyal. "This expertise and ability to simplify processes coupled with fintech advances that allow for payment from the palm of your hands has made way for Antidote Health's solution to an age-old issue."