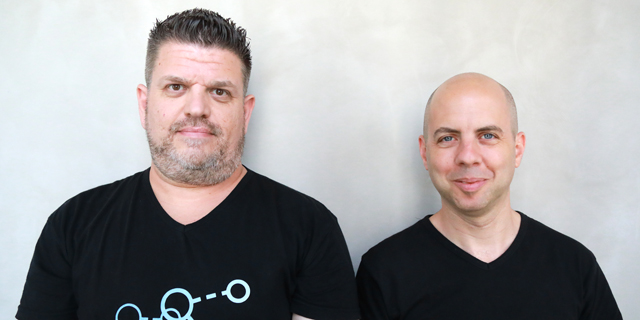 Datricks CEO: Customers get an X-ray view into their company

The company offers AI-based software that connects to an organization system, mines its financial data, and flags issues. “We revolutionized the way organizations do internal audits”

“We revolutionized the way organizations do internal audits with a new, automatic technology,” said Haim Halpern, the CEO and co-founder of Datricks. The company offers organizations an AI-driven automatic business-process discovery and mining software that “connects to an organization’s system, mines all of the financial actions the organization does automatically and flags issues, and I can tell you, from our work so far, we saved our clients millions,” he said proudly.

“There is no in-person consulting, or my guy talking to their guy, it is evidence-based. I take their evidence and show them insights that otherwise would not be found,” Halpern continued. “Meaning the customers receive two things, first, results, ‘here are your issues now go fix them’. Second, the customers get an X-ray view into their company, exposing the ongoing processes within it.” “The software connects to the company’s system, its SAP, Oracle, Netsuite, Salesforce etc., and gets all the information from there, the entire decision process, everything that happened, we get the information and find the problems.” Halpern founded the company together with CTO Roy Rozenblum in late 2019, and so far has raised $6.5 million. The company has already 15 employees and recently opened its New York offices.

Datricks is not the first venture the two men have worked on together. They met during their time in an elite IDF technology unit, and after they concluded their service they “started an SAP consulting company called Xact, which grew into a company of 400 consultants in all SAP related fields, and we sold it to ONE Group,” Halpern shared. However, that early experience, in fact, laid the groundwork for Datricks. “What we realized from the consulting work was that we were doing the same thing over and over again, for different clients. We bring in the consultants, who start inquiring, look at data, and after three to six months comes the recommendation phase. Eventually, we realized if we do this manually for 200 clients, why not do it for 2 million with a scale product?” Halpern said. The company already has ten clients, but is eyeing a rapid increase in work and customers. “We are now starting two major targeted campaigns. One for companies that are about to, or just started public trading. It is a massive market for us because almost all those companies have to go through the SOX requirements six months after an IPO. They spend a lot of money and hours on it, where we can come in and with a click, we can solve it. It works for an IPO, for a SPAC merger, for any publicly-traded company,” Halpern stated,

“The second market is the Latin American one. Apparently, there are places there like Brazil and Mexico that have heavy, complicated financial bureaucracy, really strange things that we have the ability to identify.” Halpern further explained that “as soon as we show meaningful traction in those two markets we will go for another fundraising round and continue forward, much stronger.”

“We see dozens of clients that can join us, just think that there are about 3,000 IPOs a year, and they all have the same issues,” Halpern said, also mentioning they are eyeing the governmental sector in the U.S. but admitted it might be too early for them to target it. Regardless, Halpern made a point to show that there is no other company quite like them. “There are tech companies that use similar mining technology, which create platforms for consulting companies like we used to be, you take a tool and then put on top of it hours of consulting to do the work we do automatically. Another realm that is close to us is knowledge management solutions, data, and decision-making documentation. These solutions are done by hand, targeting the market but with zero automation. We work in both realms, we bring in the data and analyze it, provide applicable solutions and generate insight automatically, no one else does it the way we do.”