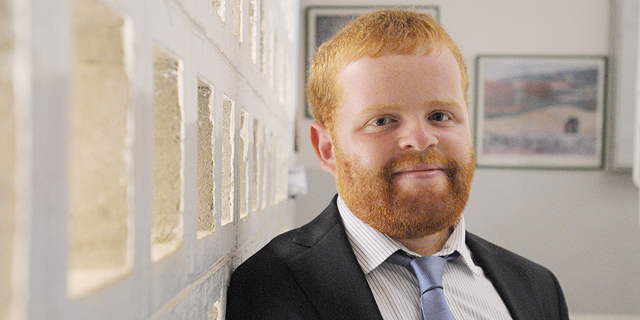 “I do not believe we will ever move to Tel Aviv,” co-founder and CTO Shlomi Boutnaru told Calcalist. “We have been cultivating cyber in Be'er Sheva for many years”

Israeli cyber ​​company Rezilion announced Monday that it secured $30 million in its Series A round led by the American investment company Guggenheim Partners. JVP Fund, one of the first investors in the company, also participated in the round together with Kindred Capital, as well as current and former security executives and luminaries from Google, Microsoft, CrowdStrike, IBM, Cisco, PayPal, JP Morgan Chase, Nasdaq, eBay, Symantec, RedHat, RSA and Tenable. The recent round took the company's total fundraising to $38 million.

Rezilion was founded by Liran Tancman (CEO) and Shlomi Boutnaru (CTO), who in 2013 co-founded CyActive, which was sold to PayPal for tens of millions of dollars and functioned as an R&D center for the financial giant. Both companies made Israel’s southern city of Be’er Sheva their home.

Rezilion currently employs 50 people, 35 of them in Israel, and despite its location away from Israel’s center, Tancman and Boutnaru say they do not experience any difficulty in recruiting workers. "Many of our workers worked with us as interns in the past and went to various technology units and now they come to us," Boutnaru told Calcalist. "We have been cultivating cyber in Be'er Sheva for many years and we have people who know us and want to work with us. I do not believe we will ever move to Tel Aviv. The situation there is not much better, and for us, it is more important to get more people into the high-tech circle. In both places, the demand for manpower is greater than the supply." According to Tancman, “every organization tries to be digital and develop many applications for the cloud and is successful thanks to the very high level of automation of development. The problem is that along with automation and writing come a lot of security issues. The security troubleshooting processes are manual and slow down the process of moving to the cloud. We are reducing the amount of work needed, and allow those companies to release their code quickly and securely and move faster to the cloud."

"There are many solutions that find problems, but none, in my estimations, who minimize the problems," Tancman said. "Our first product looks at 100 security problems and tells each developer if they are real." "We have quite a few leading customers from all over the world who buy and expand the use while working. Our model is a SaaS model which varies depending on the environment in which we are used," Tancman continued. "In the previous company, there was a good opportunity for employees and shareholders. It is important for us to set up a successful business that brings value to our customers. We have received offers recently which we have turned down, and there is no doubt that the fact that we have already had an exit makes it easier for us. Our hunger has grown regardless because now we want to do something meaningful.”