Do you see yourself in a Hollywood movie?

Following a partnership between Israel’s D-ID and content creation studio Oblio, Israelis no longer need to ask what they would look like starring opposite A-List celebrities in a Hollywood movie. Ahead of the release of Warner Brothers’ new movie ‘Reminiscence’, the facial recognition protection company provided the tech for one of the most unique marketing campaigns in recent years (example at the bottom of this article). “You see yourself in the experience with Hugh Jackman and you are suddenly the star, it brings more emotion and there is a bigger chance you go and watch the movie after,” explained Gil Perry, D-ID’s Co-Founder and CEO. In 2017, he started the company with Eliran Kuta (CTO) and Sella Blondheim (COO) as a way to protect against unauthorized facial recognition. Recently, they pivoted to work in the media and entertainment market. 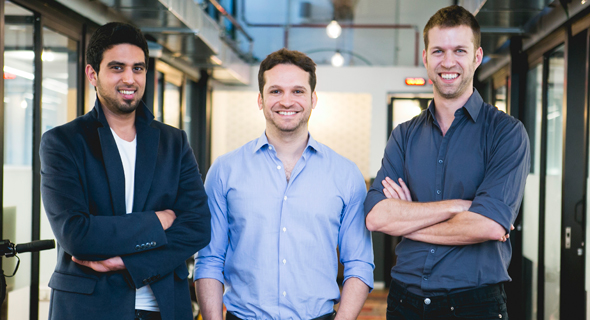 The campaign allowed anyone to upload an image of their choice to the website. Then, using its technology, it created a 35-second clip that appears to show the user inside the movie alongside its main star. As opposed to conventional methods which include a simple 2D image upload, ‘Reminiscence’ expands on that and includes moving heads, blinking, and lifelike imagery. Perry couldn’t disclose with CTech how many people used the technology ahead of the film’s release, although he shared that it was more than expected. “For sure it’s going well because it’s going viral,” he said.

However, signs that the marketing campaign ‘went viral’ are slim. We were unable to find a site or social media presence of other examples of users putting their faces into short marketing clips, despite Perry claiming feedback on Twitter was “95% positive”. What’s more, the movie was subsequently flooded with bad reviews and currently has a 39% ‘Rotten’ rating on the movie review aggregator site Rotten Tomatoes. At the time of writing, the movie has made $18 million at the worldwide box office following its release on August 20. The ‘Reminiscence’ marketing campaign in no way matched previous success seen by D-ID, which also lent its technology to genetic ancestry research company MyHeritage. Earlier this year, the two companies partnered to create an app called Deep Nostalgia. Its goal was to bring to life old images of our ancestors from old photographs and could be used on images of deceased celebrities. Perry claims that in the last four months the app has been used 90 million times and held first place in the free apps chart in 22 countries, beating Facebook and TikTok for the top spot. The success of Deep Nostalgia shows an interest in D-ID’s technology on a social media level, even if Hollywood couldn’t quite mirror it this time around. And while there is plenty of time for the media and entertainment industry to tweak its campaigns, there might be an uphill battle in getting people to willingly upload their images to a site that can make them look, sound, and react in ways that are entirely synthetic. “When we decided to enter this landscape, we realized that there is a risk around the technology and we realized that this risk will be there with D-ID or without it,” Perry said when pushed on the nefarious ways this technology could be used. “Similar to when we decided to protect against face recognition, we understood that if we will not enter this field, then there is a bigger chance that bad things will happen. We decided to take on another mission: to make sure the technology is being used in the right way and that it will be used only for good.” D-ID was founded as a company to protect against all the bad ways that facial recognition can be used and exploited by governments, terrorists, and hackers. The bad use cases that already exist are what is claimed to be the reason the trio founded D-ID: to protect privacy. The company says it does this by hiring privacy experts and advisors, such as the former Chief Privacy Officer of Microsoft and the Head of Privacy of Amazon Prime. Despite the recent hiccup following the marketing campaign for ‘Reminiscence’, D-ID’s mission still remains to ‘Harry Potterize’ the world by bringing all the photos in the world to life. In 5-10 years, the company believes that we will one day be able to create entire movies using AI by working on “full-body reenactments” and expanding from just heads and faces. The huge success of Deep Nostalgia suggests that concerned users won’t have far to go in their journey to eventually get on board with facial recognition gimmicks. “We realized that because of our expertise in the face space, we can pretty much lead this disruption,” Pery concluded. “And also our experience in the field of privacy can help us a lot in making sure that this technology is taken to the right place.”