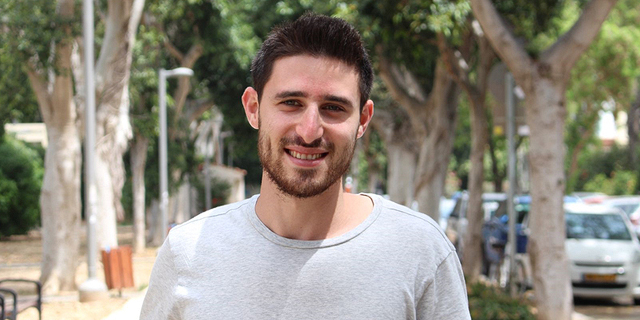 How three former CEOs went from entrepreneur to employee

After having to pivot their careers, the three discussed their ability to influence, innovate, and initiate change within a large organization, while giving up on their dream

Guy Shachar’s story is similar to that of hundreds of Israeli entrepreneurs in the high tech industry. In 2017, he co-founded along with his two partners a startup by the name of Perceptive AI, which developed a system based on artificial intelligence that assists organizations in predicting which customers will forgo their services months in advance. Like many others, the company grew, raised a few million dollars, and recruited employees. However, after a few years of operations, Shachar, who was the company’s CEO, along with his co-founders, decided to close the venture. Shachar moved on and returned to being just another employee at a big company.

“To put it simply: it wasn’t an easy decision to make, but I wholeheartedly believe that it was the right choice. We decided that moving on was the right thing to do for both our investors and employees,” he said. “We understood that the market we were in wasn’t big enough, and the constant search to alter our product caught us off guard during the first coronavirus (Covid-19) wave.” After a few months, where the team consulted with others in similar situations in an attempt to understand what steps to take going forward, Shachar began searching for an organization who would be interested in his entrepreneurial background.

“I doubted whether any position could bring me the same level of fulfillment and excitement as being an entrepreneur who founded a company from scratch. After we made the decision, it was unclear what I wanted to do going forward. After years as an entrepreneur who built a company and product it’s very difficult to suddenly focus on an area from an employee standpoint, whether that’s creating a podcast, going into sales, or business development. I wanted to take the tools I acquired as an entrepreneur and continue to learn, develop, and use them wherever I went,” he said.

After much thought, Shachar decided that he wanted to lead meaningful business procedures at a growing global company. He then met with Chemi Katz, the CEO of Namogoo, and saw an opportunity. Today, he serves as VP of Strategic Initiatives at the Software as a Service (SaaS) company. “I brought the experience I acquired as an entrepreneur to my current position, but now I’m implementing it in a large mature company.” One of Shachar’s fears was that once he resumed being an employee, he’d transition from managing a company and being the person who’d make the decisions to just another employee among many. “It was a real fear, but now I know that it really depends on the type of position you assume combined with the founders and management you are working with. Luckily, I receive the freedom and support to deal with a variety of meaningful issues when it comes to the company’s growth that requires out-of-the-box thinking, from being involved with acquiring other startups to planning go-to-market launches of Namogoo’s newest products. Large established companies who launch new products to market have many similar elements to startups. You have to be humble yet creative; and learn to respond rapidly if you want to achieve significant growth from a product that wasn’t around yesterday,” he says. Still, he sees himself as an entrepreneur and remains nostalgic of that life. “I miss that feeling of being the underdog, and doing something unbelievable - creating something that didn’t exist before, and convincing people that they’ve got to have it. People always say that a startup is like a roller coaster. The truth is there are more downs than ups, but those ups make you happier than you can put into words.” Despite going back to being an employee, Shachar has not given up all hope when it comes to his entrepreneur dreams, and the desire to build something on his own still burns within. “In the future, I’ll build something completely different,” he says. “I don’t know whether it will be next year or in the next five or ten years. I still haven’t fulfilled my mission. Building that first startup motivated me. As an entrepreneur, to me that adventure is more of a marathon than a simple sprint. I get inspired from seeing new unicorns that are often founded by people who’ve tried it twice or three times before. I don’t think that’s a coincidence. Today, I’m focused on giving as much of myself to Namogoo as possible, and learning new areas that will help support me as an entrepreneur when I found my next company.” “I never thought I’d go back to being an employee” After the first year as an entrepreneur of Yeda Finance, which Dolev Beilis founded, he never imagined he would resume being an employee. The company, which he founded along with three of his partners, operated for seven years in the algorithmic trading sector, mainly in Europe. A change in clearing fees in European regulation caused the company significant damage in algorithmic revenue, and led the company to shut its doors in 2015. “Shutting down the company was a process. When it seemed as if the company wasn’t successfully expanding like it should, and we couldn’t grow the business, I made the decision to go for something more stable this time around, and not start a new venture. After several years living in the extreme, I specifically wanted something different,” he says. “During the company’s first year, none of us thought that they’d ever go back to being an employee. It looked very promising. There was some disappointment, but I’m built to look forward and not backward.” Today, Beilis manages engineering operations at the Fireblocks R&D center. The company is a successful unicorn, and Beilis feels as if he has finally found the right mix: working as an employee for a groundbreaking company which he doesn’t lead, but holds a significant position in. “After many years on that entrepreneurial roller coaster, I wanted something else. I was less concerned about salary, and wanted to get off that roller coaster. I’m proud to work for a groundbreaking company, and hold a significant influential position but I’m not in the driver’s seat,” he says. “When you’re steering it’s another type of responsibility altogether. There’s a lot of uncertainty, and also a lot of pressure to ensure that you’re heading in the right direction. There are also significant challenges to being an employee, but there is more certainty that you’re following an idea that you wholeheartedly believe in and know what you’re doing. That’s one of the reasons why I chose Fireblocks, because I know who leads the company and believe that they know what they’re doing,” he said.

Having financial peace of mind vs. riding the entrepreneurial roller coaster mindset Yaron Lavie also feels the same way. Lavie is the VP of Products at Earnix, and formerly was founder and CEO of Pareto Pulse, which developed and sold digital credit solutions to global financial institutions, until he decided to quit and resume being an employee. “I’ve dealt with software systems for financial institutions for several years, and one of the most significant challenges they pose is the long sales process that characterizes the financial industry. Startups don’t always have the ability or option to withstand such a long process.” “I’m an entrepreneur who’s looking for possibilities to create new things, and after a number of years as a CEO of a company that I founded by partnering with a consulting firm, I realized that I can fulfill my dream at a company that is based in the financial industry, but is also growing at a rapid rate. In the end, I think my decision to leave was due to the fact that while I want to create things, I prefer to do so within a framework that gives me financial peace of mind and backing, more so than that entrepreneurial roller coaster,” he says. 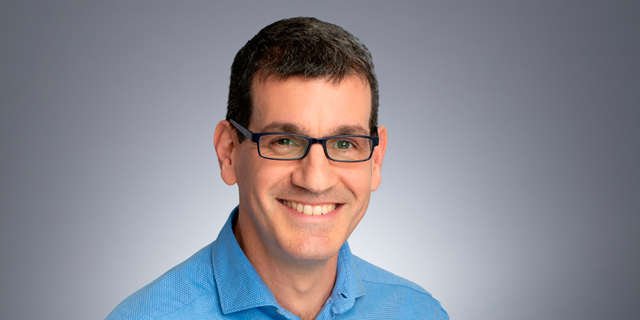 He founded his startup in 2013, which recruited a number of customers, but after four years as CEO, Lavie realized that he’d be better able to remain influential within the financial industry if he worked for an established company, since processes take a long time in the sector. “As an entrepreneur you realize that the process of coming up with an idea, building a new product ready for market, going through the incubation period, reaching maturity, and adjusting it to market demands more than several deep breaths. As an entrepreneur, you suddenly realize that it's more effective to bring a product to market from an established company that is already familiar with the target market in depth. My current position, as VP of Products at Earnix, allows me to continue that entrepreneurial spirit, create new products, and bring them to market in the industry in a far more effective way than in the past,” he says. However, he doesn’t consider the transition to being an employee challenging; perhaps because he still defines himself as an entrepreneur since prior to founding his startup he worked for large corporations. “I didn’t feel like the transition would pose a crisis, or like I’m simply one out of many. At Earnix, which is undergoing a process of accelerated growth, decision-making, managing, and promoting new products and ventures is a daily and integral part of my position,” he says. “On the one hand, when you’re working at a startup, you can reach very big highs or successful huge milestones, but on the other hand you could also experience big lows if there’s some problem which could cause the company to go downhill. Suddenly, many things become fatal, and that’s not something that big companies experience. There are still disappointments, but they’re not as intense,” he says. “The day-to-day reality of entrepreneurs at startups isn’t easy. Each person has their own motivations driving them, but mine is to build new things. Ultimately, my ability to make my fantasies a reality - or at least the best place for me to do so today - is at Earnix,” he says. “There are some entrepreneurs who can’t be anything else aside from the founders of their startups. While I enjoyed the founding and managerial aspects of my startup, I also really enjoy what I currently do.”