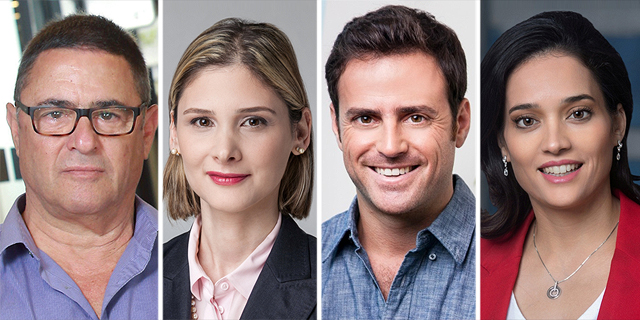 "Importing foreign workers into the high-tech industry is a good and quick fix, like a band-aid, but it is not a long-term solution. It is a welcome initiative and something that happens all over the world. In Silicon Valley, for example, there are many foreigners who have received work visas, Chinese, Indians, and many Israelis - who by the way, we should try and bring back to Israel - and there is nothing wrong with that, but it is not for the long term," said Ofer Bengal, CEO and co-founder of Redis Labs, during a discussion at Calcalist's “Emergency Meeting - Israeli High-Tech 2022” online event. Lack of a skilled workforce is a chronic disease that has plagued Israeli high-tech for years. But as the issue worsens, its effects extend to many other areas of the country's economy. It is no longer several companies having difficulty recruiting employees, but a decline in investments in new startups, a blow to Israel's competitive advantage as a tech power, and a needed change to the country’s priorities.

The panel dealt with questions such as what areas should carry greater weight, what is the role of the state in resolving the crisis, and how to expand employment circles in the industry. The discussion was attended by entrepreneurs, investors, and executives who deal with these issues on a daily basis. According to Bengal, what is missing in the industry today "is a clearer image, because there is something very intimidating about high-tech. It is true, everyone understands that high-tech is good because they make a lot of money, however, most people think it requires challenging skills like math. The real issue is the shortage in high-tech peripheral professions and not only R&D and programming. Areas of marketing, sales, and finance are all lacking in manpower, and it is important to put on display how working in high-tech combines many possibilities, interesting opportunities, and an excellent environment. And, of course, great compensation." According to Assaf Wahrhaft, a partner in UpWest Ventures, bringing in foreign workers cannot be a long-term solution. "Today the competition over talent is so great, that the problem is not only recruitment but also keeping the workers. One surprising area where the manpower shortage is evident is in fact the field of human resource management. It is such a big and critical area that suddenly new roles have been created within it, with the sole purpose of making sure that employees enjoy their workplace and will stay for a long time." According to Irit Kahan, a partner at DTCP, manpower scarcity is evident in most of the fund's portfolio companies. "We experienced a great period in the high-tech market, especially in the past year. Acceleration was high, a lot of money flowed into the market, growth was rapid and the demand for talent increased. High-tech is booming and we can not be in a situation where a shortage of manpower serves as a glass ceiling that we fail to break through. We need to make sure there are enough people in the sector in the future because it is not that there is a shortage of workers, we just need to train them properly, and at a much earlier age - from school age." "The process the industry is going through this past year-and-a-half is a good one", Dina Pasca-Raz, Partner, Head of Technology and Head of International at KPMG Israel, emphasized in the discussion. “A growing company that remains Israeli, its headquarters are here, and was not purchased by an International company, ultimately yields more revenue to the state, which is a good development. However, we see a lot of money going to growth-stage companies and less to new startups. The fear is that within two or three years, the potential for creating unicorns or developing growth-stage companies will be much smaller," she said. According to Pasca-Raz, today it is harder to secure investments in areas that are not at the funds or serial entrepreneurs’ core interest, such as food-tech or ag-tech, while money continues to flow into SaaS (Software as a Service). “When considering the realms of food-tech, ag-tech, or medical equipment - which are very attractive but their cycles are longer - you see a pause because all resources are directed to the ‘hotter’ fields. The question is do the state and its authorities encourage these fields because it is important to preserve the mechanism that allows for a positive balance of 600 new high-tech companies per year, which will enable the formation of the next unicorns." 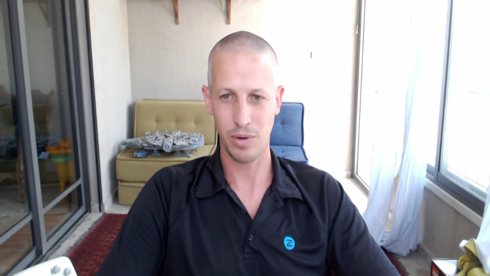 Boaz Katz, Bizzabo co-founder, said the entire market has changed in the past year- and-a-half, "and that is a very significant competitive edge in high-tech. Recruiting has always been challenging, but now the market is much more competitive and it costs us a lot more. The large companies are more successful, workers have much better conditions, and the amount of money poured into the industry affects the market, but if you know how to move fast enough - the market opens globally. Our ability to recruit has also opened to the whole world, even though we always prefer to recruit local workers.”

According to Wahrhaft, the manpower issue is serious and could affect Israel's ability to become a technology center. “Workers stay with the large companies and unicorns and do not want to leave. They are not interested in setting up new companies or joining new teams that sprung up. This brings a reality where many companies are taking steps that were once considered beneath them, such as outsourcing teams outside of Israel, while in Israel, entire groups of the population can join the thriving industry. There are a lot of initiatives that try to train new staff at young ages and from different communities including women, ultra-Orthodox, Arabs, or retirees. Instead of looking for workers abroad, good workers can be found in the north of the country and the south, where there are lots of hands that can help the industry." When asked which solution can be implemented the fastest in order to solve the acute problems of the high-tech sector, Bengal said: "We do not have magic solutions. Everyone in the company works daily to recruit and maintain our staff. Providing it with promotion possibilities, growth, and contracts, so employees will stay.” According to Katz, the positive point in the current situation is that we are already seeing an alignment between all the factors involved in the industry - the government, the companies, and the investors - joining forces to find good solutions for the short, mid, and long term. Wahrhaft stressed the implications of the Covid-19 crisis on the industry and that the pandemic "taught us that we can work together, even if not physically sitting together, and now out of the constraints of remote work, a new 'decentralized teams' work environment is being created, allowing to take advantage of people’s skills who were not a part of the team before."