Unicorn-nation: how Israel became a production line for companies valued at over $1 billion

Israel has become a unicorn hub, with some local companies nearing $10 billion valuations

2021 is not the year of the unicorn, because unicorns no longer garner attention. They are practically everywhere, in every corner like the e-scooters their employees enjoy so much. The real story of this past year is the additional leap forward the Israeli ecosystem took, and the birth of the first Israeli decacorn, the fintech company Rapyd, which reached a value of $10 billion in its first fundraising. Cyber company Snyk is also getting close to the new status with a value of $8.5 billion, and if China's Evergrande will not become 2021’s Lehman Brothers, we are likely to see another Israeli decacorn by year’s end. Private companies worth $10 billion or more belong to an exclusive club, with less than 50 globally, including high-profile companies such as Elon Musk's SpaceX and gaming giant Epic Games, which has recently challenged Apple. 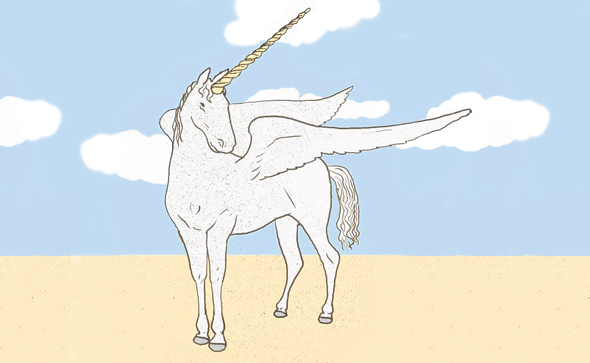 On the other hand, the number of unicorns around the world has already exceeded 800, double than at the end of 2019. In the first quarter of 2021 alone, 121 new companies received a valuation of more than $1 billion, compared to 159 new unicorns in all of 2020. In the second quarter, the number was even greater. Thus, a second look at the chart of Israeli unicorns illustrates well the inflation of unicorns both internationally, and in Israel, in the last two years. One has to look past the top 40 to find the Israeli unicorns trailing behind, those worth "only" $1 billion. Swallowing unicorns 2021 is also not the year of the unicorn as the number of unicorns in Israel has declined, although it was for good reasons. 17 of them, from ironSource to Cellebrite, ended their role as a unicorn when they became publicly traded companies on Wall Street, each at more than $1 billion valuations. True, it feels less special because there are thousands of such companies in the American market, but in the end, most unicorns want to shed their wings and become a horse that gallops, with the help of the investing public and institutional bodies operating on Wall Street. Moreover, 2021 is the year in which Israeli companies began to swallow unicorns or almost-unicorns themselves. The first was Taboola, which bought Connexity during the summer for $800 million. Another company, Kape Technologies, which is traded in London, is expected to pay $936 million for ExpressVPN. This trend is expected to continue in light of the large sums raised by Israeli unicorns, exceeding $1 billion in the cases of SentinelOne and ironSource, while becoming publicly traded companies. How did Israel become a production line for unicorns that manage to fulfill their mission and reach the coveted IPO? Some of the reasons are global and well-known: Covid, the huge cash flows from central banks, the rises in stock markets, which translated into the constant flow of money into private investment as well.

"The Nasdaq index, for example, increased sevenfold between 2010 and 2020, which also led to a doubling of the capital managed in private investment funds and venture capital funds to more than $3 trillion by 2020, and with hedge funds and real estate investment funds, the amount has already reached $10 trillion."

Even before the pandemic, the U.S. stock market was enjoying a prolonged tide, which meanwhile became the longest in history, and so the private money market has been flooded with more and more newcomers. The Nasdaq index, for example, increased sevenfold between 2010 and 2020, which also led to a doubling of the capital managed in private investment funds and venture capital funds to more than $3 trillion by 2020, and with hedge funds and real estate investment funds, the amount has already reached $10 trillion. The amounts of money in the private market were so large that the amount of “dry powder,” known in the professional jargon as capital raised but not invested, soared to a record $2 trillion in early 2020. Due to Covid, the American administration infused the markets with another $4.5 trillion and the EU added EUR 4 trillion more. The Israeli profit For Israeli high-tech, however, the profound change brought about by the coronavirus was mainly geographic. Suddenly, when everyone is working from home and can not fly, it no longer matters whether you buy software from a start-up company based in San Francisco or Tel Aviv. The location has become transparent and in this reality, the Israeli start-ups have come prepared since they are required to be global from their moment of inception. If an American or European start-up takes its first steps in the local market because it is large enough, then Israeli companies from the first moment think of the global market and build themselves for it. If you ask venture capitalists from abroad why they invest huge sums in Israeli companies, this is exactly their answer - they are global even when they are small. As the world was shutting down, many start-ups have managed to leverage the new reality and dramatically increase their sales. Furthermore, it was easier for small and young companies to adapt to the new market requirements and the change in the customers’ demands. For example, simple installation of the product without the involvement of the supplier’s support team, fast delivery, fast ability to increase users, and establish cloud activity to connect employees remotely. Israeli technology companies were born for just such a moment and on this level, they have a built-in advantage over larger American companies.

A fast spike in sales also assisted the dramatic rise in Israeli companies’ valuations, but it also brought about another fundamental change with real importance for the local economy. This change is taking place these days across the Israeli market, it is the understanding that the local unicorns no longer need wings to fly away once they grow. It is possible to be a large Israeli technology company that operates mostly from here and is not in a hurry to move to the U.S. as soon as it starts selling on a significant scale. The headquarters of a large portion of the companies on the list, as well as the managerial staff of the recently publicly traded unicorns, are based in Israel, at least in part, and the activity in Israel is not solely R&D, rather it encompasses all company functions. In the past, sales and support people were based in the U.S. or Europe with Israel serving only as the developing "brain." The profound change that has taken place in the last two years, including with the support of investors who no longer pressure companies to move their center of gravity out of Israel, has resulted in a great gain for the Israeli economy from being the production line for unicorns. The key to increasing the workforce employed in the high-tech industry from 10% to 15% in accordance with the target set by Prime Minister Naftali Bennett, ultimately also rests in this boom of $1 billion companies.