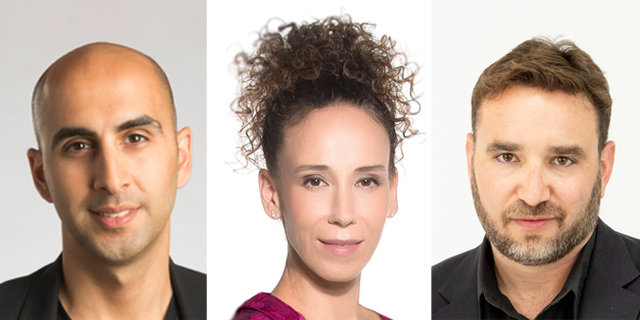 To infinity and beyond: get ready for the first Israeli space tech VC

“Space will become a self-sustaining economy, and boom over the next decade,” says co-founder of TYPE5, the first Israeli-VC focused on space startups

Israeli venture capital groups are on the rise across a diverse range of areas. Yet, one Israeli VC aims to invest where few have ventured before: outer space. TYPE5, founded by experts from the high tech and deep tech industries, is working with financial institutions and keeping its eyes peeled for innovative technologies whose destination is space. “We look at companies from a different angle than typical VCs do. We don't just view aerospace as an independent sector, we look at the sub-sectors it impacts, such as medicine or cloud computing which have dual usage capabilities,” said TYPE5 co-founder and Partner, Lior Herman, in an interview with CTech. “We aim to build a space tech ecosystem. Over the next decade, we believe that big enterprises like Amazon, Microsoft, and Google will embark upon aerospace strategies, technologies, and applications, and Silicon Valley and Israeli markets will merge to support that ecosystem.” Aside from satellite offerings, technology designed for space could involve extending human longevity, telecommunications or cybersecurity offerings, energy conservation technologies, transport, or even medical fields. 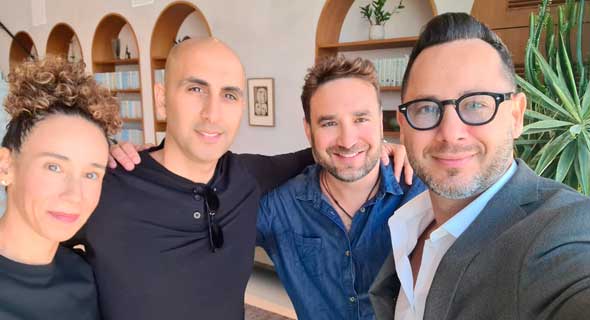 “Over the years we’ve felt that innovation and developments in the cloud and cybersecurity sectors is reaching a glass ceiling, and that’s when we began to look into quantum computing and how to bring like-minded startups to market,” Herman said. Such technologies - often referred to as deep tech - are very complex to understand, require substantial funding, and long-term investment commitment from early to late-stage. TYPE5 is based out of Zurich, Switzerland, and has offices in Tel Aviv. Currently its seven-member team is dotted with experts from various fields, including investment management, software, legal and military expertise and even a former female CEO of the Kahn Foundation, Einat Berkovitch, who oversaw fundraising for Israel’s first lunar mission via SpaceIL. Leaping into the next frontier While it’s daring to head in this direction, the market is promising. According to a Bank of America estimate, space will become a dominant economy in the next 20 or 30 years, growing from a $424 billion industry to nearly $1-$3 trillion. Over the past decade government regulations have decreased, which in the past have prohibited these types of ventures from moving forward. “We’re leaping into the next frontier,” Herman said. “Space has been under embargo for the past 75 years or so,” he said, noting that governments have imposed security regulations to protect intelligence and surveillance concerns, but once the U.S. government removed regulations other countries have begun to capitalize on space as a self-sustaining economy. One example of that plan in action is The Artemis Accords, a political commitment between governments participating in the NASA Artemis Program, (an American-led effort to return humans to the Moon by 2024), which has propelled those winds of change. For the first time in human history, the accords support both an economic and national coalition to help boost the space economy in the next 20 years, where the market’s valuation is expected to reach $50 trillion, Herman noted. That will enable emerging companies, such as SpaceX, Virgin Galactic, and others to become pioneers of the Space Age. When recalling mega-billionaires Jeff Bezos and Richard Branson, who recently launched into short-termed spaceflight after building their ventures for years, Herman put a different spin on the heavily-criticized figures: “They aren’t just typical arrogant billionaires: They’re laying the railroad tracks that will help us flourish and become a self-sustaining economy.” In line with the wave of NewSpace technologies, commercializing space can help lower the cost of launches, transport, and other innovative offerings. From SpaceIL to the first Israeli space VC Partner and co-founder Einat Berkovitch’s journey into investments in the space sector began nearly a decade ago, where she led initial fundraising for SpaceIL’s first Bersheet spacecraft, when serving as CEO of the Kahn Foundation. “I came across the mission back when it was just a pipe dream scribbled on a napkin. I didn’t know much about the sector,” she digressed, “but I knew it had to be a national project, and I introduced SpaceIL’s vision to the Kahn Foundation. We gave the startup their first $100,000, and that was the first step toward making the mission a reality.” SpaceIL later decided to collaborate with Israel Aerospace Industries on the project, and focused less on winning the GoogleX Lunar Prize and more on actually seeing the plan through. “And we did it,” she said. Today, as SpaceIL is building its next craft and there are plenty of other Israeli space tech startups popping up, it has become very natural to want to be a part of a greater vision, she added. 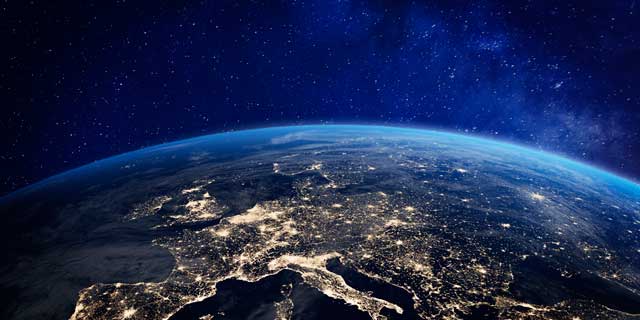 Space has many possibilities for new technologies that have multiple applications. Earth as seen from space (pictured). Photo: NASA

Creating revenue from the cosmos Currently, TYPE5 is interested in several verticals that can be applied to the aerospace industry such as medical devices or autonomous robots. While the firm does not have any portfolio companies it may disclose, it has its eye on several potential revenue-makers. “We’re aiming to invest in mature companies, and know their technologies have added value,” Herman explained. While it is mainly focused on Israeli startups, it is also looking at other global offerings. Creating revenue from the cosmos isn’t just far-fetched hyperbole. One startup, RedC Biotech, is developing a system that creates synthetic blood cells, which is crucial for space since bone marrow can be damaged by radiation exposure. Conducting blood transfusions in space - where donors and humans are scarce - is nearly impossible, so having the synthetic capability to extend a person’s life holds significant potential. Another company, Realview, creates holographic imaging that supports remote surgeries. “We believe that in the future - both in space and on Earth - medical centers will become 70% remote and 30% in-person,” Herman said, adding that he believes medical companies are gearing toward remote technologies. Aging and longevity is another area that holds TYPE5’s focus. “Aging is pretty much inevitable, but today there are several researchers that are trying to directly intervene against the hallmarks of aging and prevent age-related diseases,” Berkovitch explained. “This possibility may exist because space flight has complex effects on the physiological effects on organisms, which we don’t yet fully understand,” she said. In one startling example, NASA astronaut Scott Kelly, who currently holds the record for the longest time ever spent in space, had some 7% of his DNA altered in space, which has not changed back since. Originally, scientists postulated that the telomeres in human DNA would become shortened (leading a person’s lifespan to be shortened). But, in Kelly’s case, his telomeres and telomerase (sections of the human chromosome relating to aging) were actually lengthened, leaving scientists with plenty of questions as to whether a person’s life could be extended while up above. Many reports show that aging slows down in space, and this could spur the creation of future technologies for humans. The potential of this field is great, and Berkovitch noted that unlike Asian countries, such as Japan, the Israeli population is relatively young and has just begun to age, making the entire area of longevity-tech in Israel relatively new. “Most of the 167 startups dedicated to longevity are still in the pre-seed stage,” she said. Another unnamed company has created a device that can accomplish feats such as removing scar tissue from the heart, supporting fracture healing, or healing burn scars. “This could become a commercial product that people could order on eBay and even use at home,” Herman said. “It’s revolutionizing what we know about healthcare products, and is fundamentally changing our current understanding.”

Next on the horizon The team is co-headed by business and tech-savvy Herman, strategy expert Yaron Sagi, Udi Danhirsh, and has partners Berkovitch and Burt Ross as well as Financial Adviser Laurent Bensimon who worked in the past at banks Barclays, CITI, and Merrill Lynch. It also sports Ofer, a senior lead and former employee of the Israeli Ministry of Defense who led aerospace programs, and advises TYPE5 on space technologies and regulation. Ofer was also the Technology Lead of the Israel Space Agency’s ULTRASAT Program - a scientific satellite that is designed to observe objects in the ultraviolet (UV) field, such as supernovas, and will help scientists understand the constantly changing sources of radiation in the Universe. “We realized that we needed a multidisciplinary group that not only understands how to approach the complex problems of the space sector, but can also look at how to enter the market, and examine the legal and financial aspects,” Herman explained. TYPE5’s current financial partners are the Swiss Bank Corporation, an investment company that helps the firm with banking sector regulations and private clients who wish to invest in the fund. “We want to help entrepreneurs reach their goals, and this necessitates having robust financial backing.” Hope for the industry is growing, and could have large payoffs later. According to a NASA estimate, for every dollar the organization receives in government funding, it reportedly returns between $7-$21 back to the American public. “That translates to an enormous potential for space tech spinoffs in any market, whether energy, apparel, or even food,” he said. As for what’s next on the horizon, TYPE plans on announcing its portfolio companies by the first quarter of next year. And, pandemic permitting, it hopes to host the SpaceTech Summit 2022 at Expo TLV, alongside tech industry leaders and other space tech partners. “This summit will draw together groups and help propel the industry into orbit to provide capital into an entirely new market," concluded Herman.