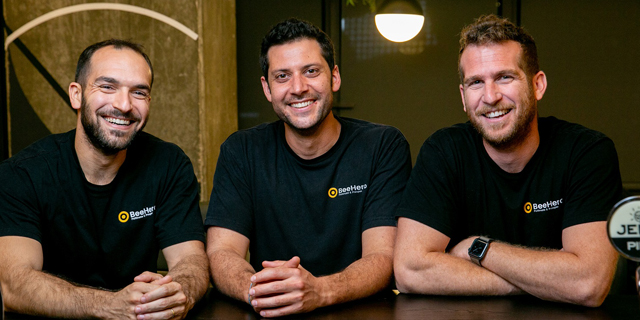 The Israeli agritech startup is the fourth largest pollination provider in the U.S., and will use the funds to recruit additional staff for its Silicon Valley offices

BeeHero, an Israeli agritech startup which develops technology to save bees, announced on Wednesday that it has raised a $15 million Series A from venture capital funds, among them ADM Capital, UpWest, Rabo Food and Agri Innovation Fund, iAngels, Firstime, J-Ventures, Entrée Capital, Good Company, STB Holdings, the Arison Group, and Gaingels, as well as $4 million in grants from the European Commission, the BIRD Foundation, and the Israel Innovation Authority. It also has partnered with leading researchers at the United States Department of Agriculture and at the University of California Davis on this endeavor. To date, BeeHero has raised $24 million in total.

The demands of feeding a growing global population are increasing, making the issue of food security highly relevant on the world’s agenda. According to data from the UN, increasing bee mortality threatens the production of 75% of the world’s food crops, including most fruit, vegetable, seed, nut, and oil crops, and is vital for nutritional security. As well as lowering crop yields, the loss of pollinators could also raise food prices for consumers and reduce agricultural profits. 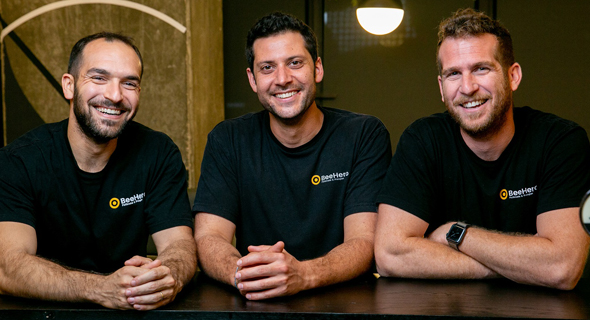 BeeHero’s has developed low-cost, Internet of Things (IoT) sensors, and inserts them into beehives, which are able to constantly monitor in-hive changes, and are powered by advanced data analytics and artificial intelligence. The company’s platform facilitates optimal crop pollination by offering Precision-Pollination-as-a-Service to achieve better crop yields and profits while addressing the health and welfare of pollinators.

“Solving the global food crisis depends on co-joining the efforts of growers and beekeepers to scale their operations, incrementally innovating current and generational knowledge and processes,” said Omer Davidi, CEO of BeeHero. “We’ve dedicated years to building a frictionless technology platform for growers and beekeepers, by growers and beekeepers, that allows them to optimize their own methods and increase their yields to maximize profits while leveraging their long-held domain expertise.” Currently, BeeHero is collaborating with five of the ten largest almond orchard growers in the world to ensure an optimal pollination process. According to Davidi, the company has established long-term partnerships with leading seed producers, commercial beekeepers, and multinational food and agri-business companies by creating the world’s largest database of bee and pollination data. Davidi added that during 2021, the company “became the fourth largest pollination provider in the US by implementing the world’s largest network of simultaneously monitored hives over tens of thousands of acres, which enabled the hulling of an average value of $140 million during California’s annual almond harvest, the state’s largest agricultural export which is responsible for 80% of the world’s almond supply. BeeHero is growing rapidly and will soon become the largest pollination company in the United States,” he added.

The company plans to ramp up its end-to-end services for major food growing operations on an accelerated path to becoming the largest pollination provider in the U.S. and help solve the global food crisis. The company was founded in 2017 by Itai Kanot, Michal Roizman, Omer Davidi, and Yuval Regev, and operates out of Tel Aviv and Silicon Valley, employing 30 people, 20 of which in its Israeli R&D center. The company is currently recruiting additional manpower for its U.S. offices in California.