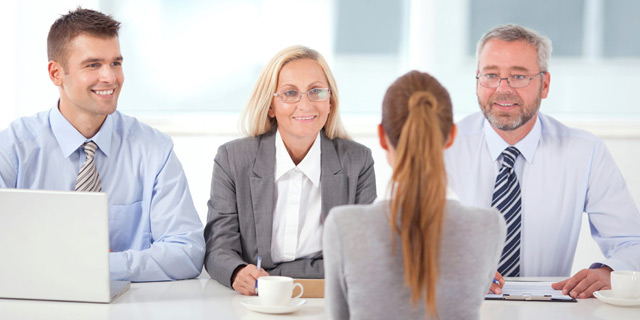 Looking for a job in tech? Welcome to the jungle

Employers that cancel interviews at the last minute, ask personal questions, or give candidates impossible tasks to complete - even when it is an employees market, the path to getting a job in tech is far from from simple

A total of 142 resumes were sent, ten different recruitment processes, and eight months. That is what Maayan Matzliah-Margalit needed to successfully land her current position, where she serves as Employer Branding Manager at eBay. Like many other candidates, she recalls a long and draining recruitment process, where employers would simply vanish, and the process was generally far from straightforward. “Most recruitment processes demanded that I invest a lot of time on home assignments that took up an entire work day. I had to really invest the time to get my foot in the door, but there was also a lot of uncertainty during the entire process: how long it would last, what were the following steps, who I’d meet with, and what was the necessity of the position during that time,” she says. “At one company I applied to, I had a phone interview, and was given an assignment that I spent a lot of time on. A few days after sending the assignment in, I still hadn’t received an answer. I sent the recruiter an email, but she never even answered. I just received a generic email that they decided to move forward with other candidates,” she recalls. However, that workplace at least graced her with an answer. Over the following months of job searching, she came across plenty of employers who “ghosted” her and never sent any response. “There were companies where I sent in my resume, was ghosted, and after six months, I received an automated email that asked whether they could save my information for a future position. That didn’t seem right.” 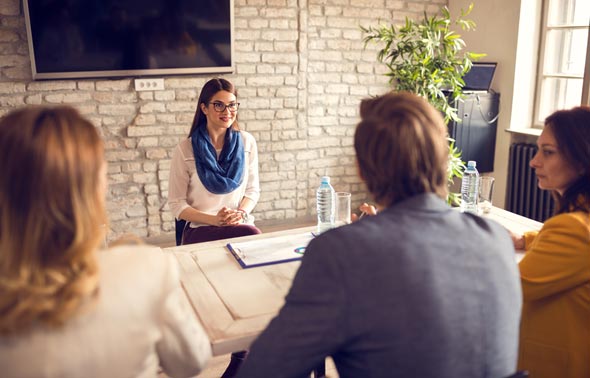 Looking for a job can prove no easy feat. Photo: Shutterstock

After she had already passed the initial stage and was called for in-person interviews, most employers also got back to her with a response, but others didn’t or canceled the interview two hours prior. One interview left her feeling particularly hopeless. “I sent in my resume. I spoke with two recruiters who told me that my resume matched the position, and then they scheduled a Zoom interview with their manager. Twenty minutes into the interview, the manager straight out told me: ‘I don’t think you’re a fit for this position. Your resume doesn’t fit this position.’ I couldn’t make sense of the situation. The right thing to do would be to cut the interview short, and then send me a respectful decline in an email.” Revital Ziv of Melio, looked for a job while pregnant. “Women often hesitate whether to admit to their employer that they’re pregnant, because on one hand you want to be seen as reliable, but on the other it complicates the entire process. I told some places right away, but there were also others where I didn’t, since I learned my lesson. In some, I advanced to nearly the final stage, where you’re meant to supply recommendations. After four interviews, I told them I was four months pregnant. They got back to me later, and informed me they would be halting the process since I didn’t have enough prior experience for the position. It was clear that wasn’t the reason. It isn’t something you can prove either, so it really sucks.” She was accepted to her current position as Talent Acquisition & Sourcing Specialist at Melio when she was eight months pregnant. She had revealed during her initial telephone interview that she was pregnant. “That was before they even decided whether I was suited for the position, and right away they clarified that it wasn’t an issue since they were looking for people for the long-term.” On the other hand, other employers which she had told from the start that she was pregnant never replied or told her that her resume was unsuitable. “There may still be some difficult processes and employers who don’t know how to properly recruit but generally speaking this is changing, with employers understanding the importance of their brand, and trying to invest more in the candidate’s experience. Nevertheless, it always surprises me that there are many instances in which the home assignments that potential candidates are given have little to do with the position, salary, or the fact the candidate hasn’t been given the job yet,” says Ruth Levi-Simhoni, a headhunter and lecturer in recruitment strategies. According to Levi-Simhoni, another issue that arises in work interviews is having several people interview a single candidate in one room. “That isn’t a problem for some people, but others get nervous and don’t pass although they’re qualified,” she says. The situation may cause candidates to feel as if they are under investigation, and sometimes also becomes uncomfortable when personal questions are asked. “Many people don’t know how to conduct an interview. Some employers start to dig deep from the start on matters that aren’t necessarily professional. Personal questions might also be considered illegal. I feel that employers better understand what is and isn’t acceptable, but this still happens occasionally.”

Even in this jungle, there are certain acceptable behaviors and laws that protect candidates’ rights. Although infringing on these rights are often difficult to prove, most employers don’t want to get involved in legal entanglements, so it’s key to understand what is permissible and what isn’t. Employers are required to obey a law passed in 2015, which obligates them to inform a candidate in print whether they will be moving forward with the recruitment process or not. “The law obligates the employer to give the candidate a written letter - whether by email or in print - on where they stand in regard to recruitment procedures. The message must be delivered at the latest two months after the interview or assignments detailing their suitability. A negative response must be given to a candidate no later than 14-days after a different candidate assumed that position,” says Adv. Shabtai (Shabi) Michaeli, Founding Partner of the Labor Law and Labor Relations Department at Lipa Meir and Co. law offices. This law applies to companies who employ over 25 people, and doesn’t include temporary positions that don’t extend beyond 30 days or positions in the service industry. Similarly, it only concerns those who passed an interview or suitability test or were accepted to the position over a phone call or by mail, and doesn’t apply to anyone who merely sent in their resume. However, employers don’t need to provide a candidate with an explanation as to why they weren’t accepted to a certain position. “Unlike dismissal, which requires written reasoning with concrete references to the claims raised by the employee during the hearing, there is no such obligation to notify the candidate. Moreover, supplying the candidate with an explanation why another was chosen in their place could also infringe on the chosen candidate’s privacy. There may be special circumstances that may obligate an employer to specify the reasons for rejecting a certain candidate, for example in a government-tender position. However, this is a mere exception, and its reasoning stems from tender- and not labor policy,” says Michaeli. Although this law has been around for six years, so far only three employees have sued their employers in Israel for not being notified that they had not been accepted to a position. During the actual interview, there are certain questions that employers are not permitted to ask, and ensure that the candidate's privacy is not compromised and that they are given an equal opportunity compared to other candidates. “For example, the Equal Employment Opportunity Law and Labor Court law prohibits a company from requiring a job applicant or employee to provide their military fitness profile. This prohibition does not apply to positions in the security sector where such an issue is crucial," said Adv. Kalia Klein, Senior Partner and Chair of the Employment Group at the Pearl Cohen Zedek Latzer Baratz law firm. “Even asking a candidate how many children they plan on having isn’t justified, since it infringes on the candidate’s right to privacy, and the candidate does not have to answer such a question. That type of question goes against equal opportunity labor laws, which prohibit discriminating against a single parent, pregnant candidate, or one undergoing fertility treatments, and also exposes the company to a lawsuit since it is seen as a discriminatory circumstance,” she says. An additional question that unnecessarily infringes on a candidate’s privacy and could lead the company to a lawsuit on grounds of hiring discrimination include inquiring about a candidate's sexual preferences, their residence, political preferences, age, personal status, race, reserve service, or faith, Klein explains.