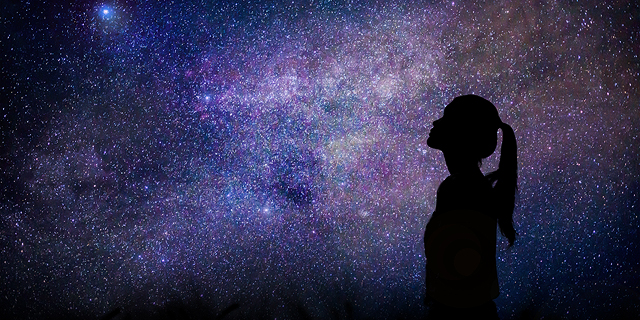 “Working in this tech sector as a woman, you have to be just a little bit better"

Dr. Sandra Cauffman, Deputy Director for the Earth Science Division at NASA, was speaking at a panel of top female space experts as part of World Space Week in which Israel participated actively for the first time last week

World Space Week was marked throughout last week in over 95 countries around the world, including Israel. World Space Week is regarded as an international celebration of science and technology, and its contribution to the betterment of humanity. Israel, which has its own separate weeklong event commemorating fallen first-Israeli astronaut Ilan Ramon, participated actively for the first time in the event, by holding a week of lectures and activities, uniting experts from across the civilian and government aerospace industry. In an exclusive panel, several top female space experts from Brunei, Australia, Singapore, Israel, and the United States, discussed their challenges and accomplishments working in the space tech sector, as well as the future of the skyrocketing industry.

“The space agency in Australia is pretty new, and was only founded in 2018. I didn’t have a background in rocket science - only in software, but quickly saw the opportunity to contribute to the Australian space industry with Amazon Web Services cloud offerings such as machine learning and high performance computing, especially to start-ups. The low percentage of women pursuing STEM fields is prevalent, and I think that women are still underrepresented in all parts of the space sector, which only comprises one-fifth women,” said Mani Thiru, Asia Pacific Space Industry Development Leader at AWS. “For instance women couldn't do the moonwalk, because the suits were not designed for women. When we aren't present in the early stage development, then we aren't creating a future environment that is good for us. We need to make sure that we're creating an environment that it's possible for us to engage in. You don't want to walk into a conference where you’re only one of a few women. From the get go, you want to get involved,” she explained. Space technology has dual capabilities, she added, saying that “people don’t understand how remote sensing and space technologies really help us. We use GPS maps to help us navigate while driving, remote sensing for detecting wildfires, storms, and weather for emergency and disaster response preparedness. Space tech isn’t just about launching rockets: there’s a ton of other benefits out there that help our day-to-day lives.” Dr. Sandra Cauffman, originally from Costa Rica, and now a Deputy Director for the Earth Science Division at NASA, detailed her difficult journey. She wanted to study electrical engineering in her home country, but there were no women in those programs. She applied for U.S. citizenship, and worked her way up. Currently, she oversees the entire portfolio of earth science operations. “People don’t understand that the real reason we go to space is to benefit humankind, and be able to observe the earth from the vantage point of space,” she explained. “Working in this sector as a woman, you have to be just a little bit better. Telling women in college that they can study STEM isn’t helpful, they need to start in elementary school. When I see a new woman on my team or see her struggling in a meeting, I stop and say: can we listen to what she has to say? We need to keep those doors open to the women coming behind us, and help them in any way we can.”

Lynette Tan, Chief Executive of Singapore Space & Technology Ltd added: “You really need to stick to your dreams, and keep trying. Working as a woman in an Asian environment is also hard,” she said, commenting that women are often uncomfortable with speaking up due to cultural habits to act reserved, but it’s important to try. Loh Sook Yee, Senior Manager at Asia Pacific Customer Success in Singapore detailed her journey, which began with pursuing an academic track in geospatial technologies that landed her a job at the Singapore Land Authority. There, she was exposed to remote sensing technologies and mapping. In her female management position, she noted, it’s crucial to practice empathy, logic, and authenticity. “Learning how to build trust is crucial: be comfortable to talk about issues, and be a nurturing coach and not a micromanager. It’s important to try and speak up: have courage, do your homework. Then, once you have that confidence and speak up, people will listen.”

Inbal Kreiss, Head of Innovation at the Systems Missiles & Space Group at Israel Aerospace Industries, who oversaw the Beresheet mission and is now also working closely with next-Israeli astronaut Eytan Stibbe’s Rakia mission to the International Space Station in 2022, mentioned that “building the first Israeli spacecraft to the Moon was one of the most challenging programs I led from both a national and an international standpoint.” Beresheet was the first spacecraft spearheaded by a private, nongovernmental entity, and used the smallest budget tand ingenious engineering to accomplish this feat. She was head of the team that took part in assembling the spacecraft, and managed the space division at command and control. “This mission was daring, and required a lot of bravery,'' she noted. "During the mission, unexpected events occurred in regard to locating and communicating with the spacecraft, in the lunar capture, and during the landing process. From my personal experience, the decision-making process was very challenging, but we perservered." In regards to encouraging young women to pursue these fields, she mentioned that IAI hosts a special program for female high school students, who are partnered with young female engineers for a six-week program, and work on a project together. "This program is an excellent example of Israel's innovative atmosphere and encourages entrepreneurship and collaborations." 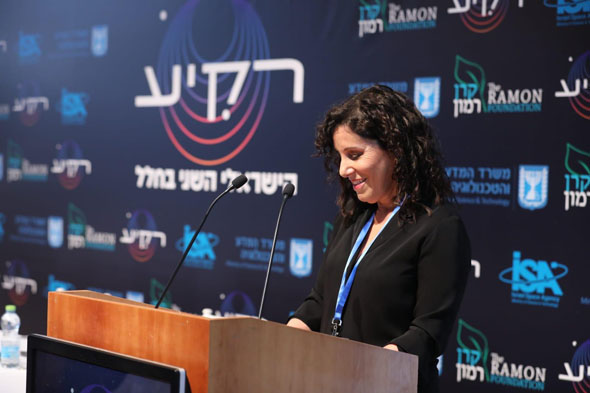 Inbal Kreiss, who will oversee the experiments that the next Israeli astronaut will take with him to the ISS speaks at a conference. Photo: Ramon Foundation

Lastly, Siti Nur Aazzah Abdul-Aziz, Deputy CEO at Network Integrity Assurance Technology, from the small Asian-Muslim country of Brunei, recalled how the European Space Agency established a branch in her small country, helping it build its first remote sensing satellite, whose data will be valuable to many. “We’re also trying to stimulate the educational sector, especially by encouraging young girls to pursue these fields. In Brunei, there’s only a handful of women in the tech sector. We want to stimulate the startup and private sector industries to create more technologies in areas such as climate change, and convince policymakers to use this for important reasons, such as security and more. We’re also looking for investors and VCs, who are interested in the global market. Our ecosystem is full of partnerships and collaborations - that’s what space is all about,” she said, ending on a positive note, “If you’re a woman in the tech sector, you gotta let the world know that there’s only one you, and you’re gonna rock it.”