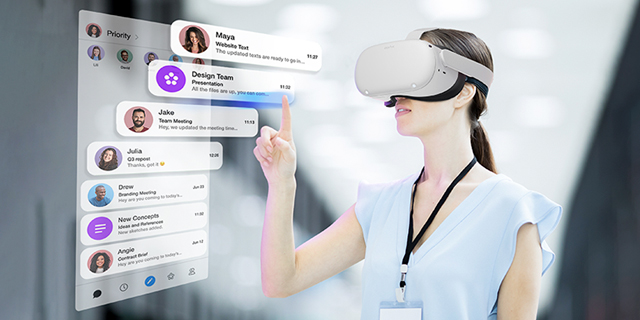 Its app works on top of existing email and is available for iPhones, Android devices, desktops, and now the Oculus Quest 2 headset

Israeli email connectivity app Spike has been selected as one of the first 2D productivity apps to appear in Meta’s new virtual reality platform, following its rebrand from Facebook. It means that it is the first Israeli developer to launch an application on the Oculus Quest 2 virtual reality headset, according to the company. The news comes as Mark Zuckerberg revealed that Facebook is rebranding as ‘Meta’, a new parent company that will operate beyond a social media network and more as a virtual reality space for work, social, and productivity purposes. 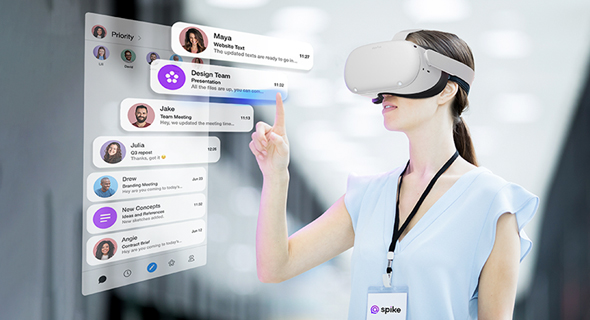 Spike will be joining a slew of other apps to help create a ‘virtual environment’. Photo: Spike

Spike was founded by Dvir Ben Aroya and Erez Pilosof, who serve as CEO and CTO, respectively. The company provides an app that transforms inboxes into chat-like interactions for messaging, collaboration, tasks, and calls in one place. Its app works on top of existing email and is available for iPhones, Android devices, desktops, and now the Oculus headset. Spike will be joining a slew of other apps to help create a ‘virtual environment’ that Meta hopes people will be able to go inside of - instead of just looking at screens all day. These could include more than just social networks or online shopping but could expand to fitness arenas, meeting rooms, gaming, or virtually anything app developers can think of, no pun intended.

Zuckerberg said in his address that his planned metaverse could reach one billion people over the next 10 years, meaning that the Israeli app could be central to how a large portion of the world might one day communicate. Other apps confirmed to partner with Meta for the Oculus headset include Dropbox, Canva, Slack, and others, with more expected to join as the months go on. Facebook’s rebrand and announcement of the Metaverse come at a time where the company is being hit with a seemingly never-ending stream of scandals. The Facebook Papers, a leak caused by whistleblower Frances Haugen, revealed how the company downplayed the harmful consequences its products have on the youth, particularly young girls on apps like Instagram.