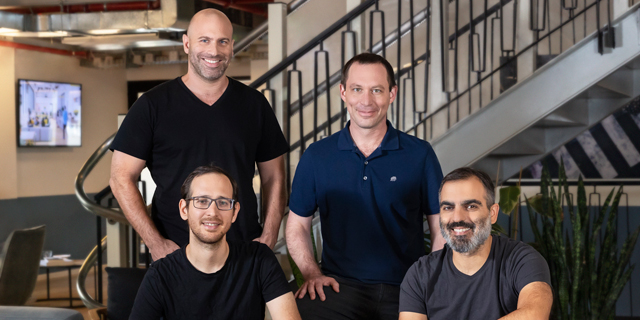 The Israeli startup’s technology help teams simplify the process of creating, finding, and maintaining relevant documentation as part of the existing development workflows

Israeli startup Swimm, which has developed a platform to help engineers with coding, announced on Monday that it has raised a $27.6 million Series A funding round. The round, which brings Swimm’s total funding to $33.3 million, was led by New York-based global venture capital and private equity firm Insight Partners, with participation from Dawn Capital, alongside existing seed investors Pitango First and TAU Ventures. Insight Partners is one of the biggest investors in Israeli tech, funding the likes of monday.com, SentinelOne, WalkMe, and JFrog. Using Swimm’s technology, teams can simplify the process of creating, finding and maintaining relevant documentation as part of the existing development workflows. Swimm makes sure that documentation is always up-to-date by introducing “live” code snippets that auto-sync with changes to the codebase. The platform also gives developers access to documentation like tutorials, guides and walkthroughs in a secure Web App — or right inside their current development environment, with support for VS code and JetBrains IDEs — and provides a Github app that automatically verifies that documents are up to date, making Swimm’s integration in the development cycle seamless.

The current unprecedented influx of capital is allowing startups to quickly scale their teams, with many companies doubling their headcount in a year. This growth introduces a host of challenges related to onboarding, communication and knowledge sharing between team members. Swimm helps address these challenges with its platform. Swimm was founded by Oren Toledano (CEO), Gilad Navot (CPO), Tom Ahi Dror (CBO), and Omer Rosenbaum (CTO). The founders met while leading the activity of the Israel Tech Challenge, a nonprofit high-tech academy which offers in-demand tech training programs in English in Tel Aviv. Swimm employs 35 people, most of them in Israel.

“Swimm is redefining developers’ relationship with documentation, transforming it from a tedious task that requires heavy investment and rarely pays off, into a seamless part of the CI process,” said Oren Toledano, CEO and Co-founder of Swimm. “By allowing developers to effortlessly create and maintain documentation, as well as improving discoverability, Swimm becomes an impactful and powerful tool for teams.”