"When you are in the middle of a storm, you don’t always comprehend the impact of change"

"When you are in the middle of a storm, you don’t always comprehend the impact of change. However, many market indicators point out that we are at the midst of an inflection point. We, at LeumiTech, foresee this impact as the shift from Startup-Nation into Scale-up Nation," said LeumiTech CEO Timor Arbel-Sadras, speaking at Mind the Tech NY2021 on Tuesday.

Arbel-Sadras said that what the tech sector is experiencing over recent times is similar to the magnitude of the change witnessed in the 1990's, when the "Start-Up Nation" was born. 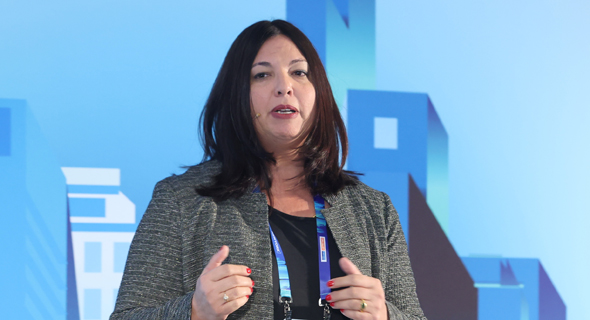 "If we take a step backward to what happened in Israel during the 1990's, when the Israeli hi-tech scene was born, it may help us understand the magnitude of what's happening now. Back then, two massive things happened – many giant multinational hi-tech companies such as Microsoft, Qualcomm, Samsung, SAP, Cisco and Texas Instruments opened R&D centers in Israel, and more than a hundred thousand engineers immigrated to Israel from the former Soviet Union after the wall fell down," said Arbel-Sadras. "These two ingredients created a strong layer of tech entrepreneurs, engineers and tech investors. This caused an explosion that created Israel’s Start-Up Nation, which we all know today. "Similar to the magnitude of the change we witnessed in the 1990's, when the "Start-up Nation" was born, what we are seeing today is a game changer. This is big. Arbel-Sadras broke down the significance of the developments during the pandemic. "So, what actually happened during Covid? We all stayed home, shopped from home, consumed health services from home, and during the quarantines - played at home. Companies like Global-e in international e-commerce, Riskified in e-commerce fraud prevention, Playtika and MoonActive in online casual gaming - all rocketed. "We also worked from home, and so companies such as Monday.com for online collaborations, SentinelOne for cybersecurity and Bizzabo for virtual conferences - flourished. We found the right way for remote work, and so companies like Papaya boomed. "Covid created a fundamental and tangible change in the global economy." Arbel-Sadras said that LeumiTech also experienced an exponential growth in client operations, with LeumiTech's data showing that one out of five of its growth companies raised over $60 million on average in 2021.

"Money gets put in at early stages, so it’s basically being used as seed money for research. So much resources put in at such an early stage, results in a boost of innovation - including technology innovation, product innovation and business model innovation. "We foresee a boom of well-funded new start-ups in the upcoming future. Just as the 1990's created the start-up entrepreneurs, Covid created the scale-up entrepreneurs. We can’t even begin to imagine the impact of this change. But what we do know, is that the Israeli tech scene today – is the place to be."