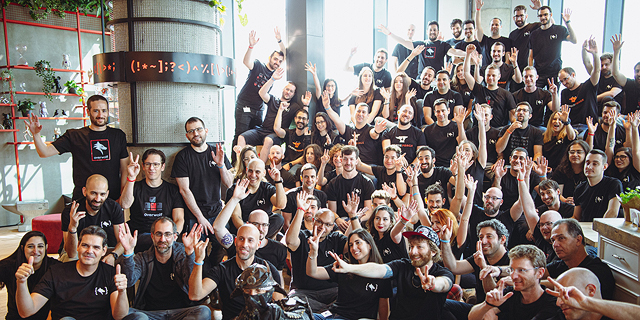 Overwolf, which has developed a platform that enables creators to build, share, and monetize in-game apps and mods, announced on Wednesday a $75 million Series D round, led by venture capital firm Andreessen Horowitz (a16z). Previous investors including Griffin Gaming Partners, Insight Partners, Intel Capital, Liberty Technology Venture Capital, and Marker participated. The company said that the funding will be used to strengthen and grow the in-game creator ecosystem primarily through CurseForge Core, a “UGC as a Service” solution that enables game studios, IP owners and in-game creators to prosper with game creations. Overwolf believes that the industry is entering into a new era of gaming led by community-created experiences that are key to extending games’ longevity and player satisfaction. "This era is fueled by in-game creators, a new generation of in-game app creators and mod authors," the company said in its press release.

Overwolf supports both in-game creators and game studios in facilitating community-created experiences via CurseForge Core. CurseForge Core is a white-label solution built to accelerate the community-created content movement by enabling publishers to easily integrate mods safely and seamlessly into their existing and new games, at zero cost. Beyond the technical solution, Overwolf offers game developers a full-service UGC experience by managing content moderation including toxicity management, the community of players and creators, IP, UGC-related live ops, compatibility testing, file hosting, and the processing of creator payments. Gamers will have access to an in-game marketplace where they can discover, download, and install approved player-created content without ever leaving the game. “The biggest social platforms today, including TikTok, YouTube, Instagram, are heavily driven by creators who generate content for friends, family, and the community," commented Jonathan Lai, partner at a16z. "As games continue to evolve into social networks, creators and user-generated content will play an equally important role. Overwolf's platform makes it possible for any player to become a co-creator of their favorite game thanks to a robust development engine, an app store for distribution, and monetization tools for creators to earn a living from their work."

Today, over 87,000 creators are using the Overwolf framework to build, distribute and monetize their in-game apps and mods. More than 20 million gamers use Overwolf’s products monthly, and download more than 15 billion apps and mods yearly. In 2021, Overwolf expects to pay out $29 million to in-game creators, nearly three times the amount distributed only a year prior. Earlier this year, the company deployed the Overwolf Creators Fund, a $50 million fund solely dedicated to supporting the work and projects of in-game app creators, mod authors, as well as game studios who plan to integrate mods into new titles. “Community-created experiences are the future of gaming. No single game studio can compete with the speed of execution and sheer creativity of a passionate community," added Overwolf Co-Founder and CEO, Uri Marchand. "Instead of resisting community creations, we have seen a shift in perception with leading game studios starting to embrace the value that these creators bring to the community and to the studio itself. It is an honor to be able to provide the framework, tools and expertise to usher in this new era of community creation.”