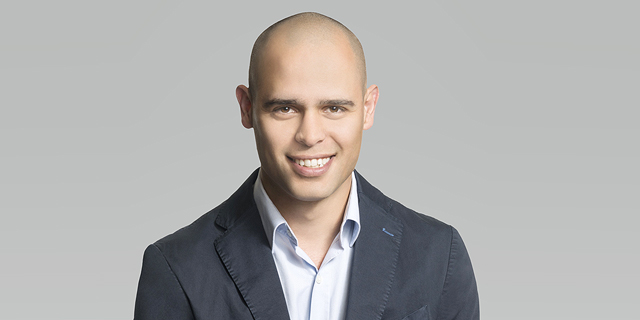 Vetoes are a weapon of mass destruction, and it is up to investors to prevent them

“Investors cannot wait on the sidelines expecting for updates from a young person on whom they catapulted $50 million, complain when updates don’t come, and treat the matters being raised for approval like Simon Cowell observing a contestant on X-Factor,” writes Nimrod Vromen

It's no secret that the tech ecosystem in Israel is booming like never-before. There are more growth financings, more IPOs, more exits, more acquisitions of other companies by Israeli companies, and most importantly – more money to go around. Moreover, it's all happening so quickly! The newspapers are filled with those pictures of founder trios, in quirky Charlie's Angels poses, under the headline "Jive.io just raised $150 million at a $800 million pre-money from (some unknown US growth VC who never previously invested in Israel)" and the comment sections are littered with support and credit-sharing, or with skepticism normally revolving around the notion that "these people don’t even have a product, what the hell is going on?"

And really, what is going on? Today’s investors are dumping the equivalent of what used to be 30 legitimate seed financings into one early stage seed round. An exciting time to be a startup founder, but also a highly challenging time. CEOs are forced to manage the increasingly demanding expectations of larger international funds, earlier on in the lifecycle of the company. The need to inform, lead the board and manage expectations, has to be fulfilled by CEOs who many times do not really grasp the concept of a board of directors, haven’t been directly responsible for such sums of money and are encountering challenges that are completely new to them, ones that can often lead to major failure. The latest Startup Snapshot research found that board challenges are more common than we think. 28% of startups reported that their board vetoed a decision. It is important to understand that a veto is a corporate weapon of mass destruction for a new startup. The company will likely never get over having to explain why it happened, and frankly – also the investor director who used the veto (or even threatened using it), will (rightfully, one might say) get a bad rap in the industry.

Who is responsible for preventing vetoes?

There are some clear steps CEOs can take to prevent vetoes. They should work to proactively update investors before the board meeting, making sure they are never surprised with agenda items raised for approval and their consent should be solicited by the CEO as part of informal discussions prior to the meeting.

But in today’s market, where CEOs must execute at hyper speed, I would like to argue that investors should take responsibility as well for preventing vetoes. It is the investor-director's job to stay involved proactively. They cannot wait on the sidelines expecting for updates from a young person on whom they catapulted $50 million, complain when updates don’t come, and treat the matters being raised for approval like Simon Cowell observing a contestant on X-Factor. Their job (for which they often get paid very well) is to prepare for board meetings, command the provision of information in any way they politely can (spend time with the CEO and management in friendly pre-meeting settings), weed out the matters they don’t support, articulate an argument on why they don’t support a specific matter being raised for approval, and provide the CEO and management every heads up possible on these items to avoid being compelled to vote against at the meeting. If they didn’t do all this, their disposition should probably be that they don’t have enough information to vote against, as opposed to the opposite. Obviously, this isn’t to absolve CEOs of their responsibility to update the board, etc. This responsibility is almost shared equally and in a more relaxed environment one might expect the CEO to do the heavy lifting, but right now with how fast everything is happening, investors have the keys to prevent boardroom catastrophes more efficiently, and are therefore the responsible culprit here to any wrongdoing. Nimrod Vromen is the CEO of Consiglieri, a Tech Advisory Products company, and a Partner at Yigal Arnon & Co. Law Firm