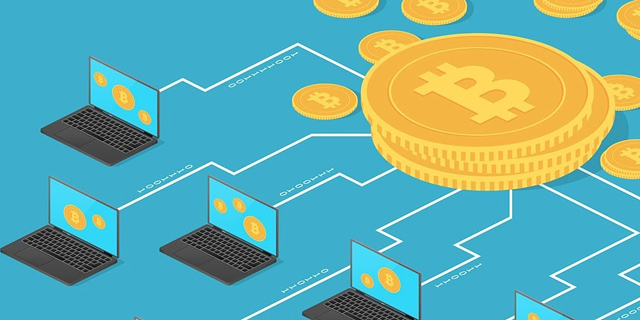 Last Sunday, at 5:15 UTC, at block 709,632, the Bitcoin Blockchain was upgraded. The soft fork upgrade in the protocol, designated Taproot, was the first in over four years for the venerable blockchain. Months ago, ninety percent of miners agreed to upgrade to the new protocol. Once locked-in, the waiting period for the activation ended on November 14th. At least one of the three Bitcoin Improvement Proposals (BIPs) comprising Taproot will allow for more complex smart contracts within the Bitcoin blockchain system and some of the details of some of the more complex smart contracts will now be hidden from public blockchain viewers like Mempool.

Although smart contracts are often associated with the Ethereum blockchain, and with innovative implementations like the ever-newsworthy non-fungible tokens (NFTs), they are increasingly valuable across many other use cases of blockchains as well.

What exactly is a smart contract? Originally described in the 1990s by computer scientist and lawyer Nick Szabo, smart contracts can be most simply categorized as digital vending machines. When transacting through a vending machine, two parties agree to exchange cash for a vended product. Once the correct amount of money is inserted and the selection has been made, the vending machine must provide the vended product; there is no option for anything but specific performance intended by the bargain. Similarly, the code that makes up a smart contract represents a digital transaction between at least two parties, the execution of which is automatic when triggered by the terms of the agreement and notably without any human intervention. While often triggered by outside events, smart contracts are themselves not directly tied to the world outside of the safety and reliability of the blockchain, rather they employ data feeds oracles like ChainLink to determine if the relevant executing events have occurred.

Smart contracts are part and parcel of many emerging areas of blockchain technology including, but not limited to NFTs, DeFi (decentralized finance applications) and DAOs, Decentralized autonomous organizations. Smart contracts are typically permissionless —open to anyone to participate in— and even non-technical people can access the increasingly accessible technology provided that they pay the requisite amount of gas or blockchain transaction fees.

But are smart contracts actual contracts or is the term a misnomer? To some degree this will depend on the underlying theories of contract.

Much of contract theory is straightforward and is often based on, for example, morality or economic theories. There are many theories of what underlies contracts, some even deserve Nobel Prizes.

Succinctly, contracts are agreements between parties where they agree on one or more obligations, usually to perform or abstain from actions. More specifically, a contract is between at least two parties who freely intend to enter into a legally enforceable bargain for exchange. Here, at minimum the relationship between the parties includes an offer, an acceptance of the offer and performance of the contracted obligation. Simple contracts that conform to these formalities are almost always enforceable with or without the contract being memorialized in writing, although for more complicated and expensive contracts the courts typically want to see something written. In fact, in many complex cases, oral negotiations and agreements are typically not binding per se, but the subsequent written agreement memorializing the negotiation and agreement are.

Promises that are designed to encourage social obligations usually have social but not legal repercussions. The machinery of contract law is not intended to simply enforce social mores. However, with the exception of agreements made under duress or via mistake induced by fraud (where mutual gain is lacking and the exchange is inefficient), voluntary bargains for promises supported by consideration are nearly always enforceable. More complicated are contracts that are not quid pro quo, such as gratuitous gifts, where only one side has obligations and promises. Here these agreements without bargains are not necessarily enforceable unless there is some sort of difficult to determine detrimental reliance, at least in American law.

Further, contract law does not always require specific performance, in some instances courts may prefer that the parties just receive the value of the bargain for exchange. In these cases, breach of the terms of the contract is actually beneficial when it can create more value and welfare in society; i.e., efficient breach.

Contracts also often include informal self-help devices, such as collateral or penalties for non-compliance. These are intended to make the possibility of fulfillment of the contract more likely, but at the end of the day, it is the knowledge that the court will enforce contracts in the event of breach that provide the most valuable security for the contracting parties. Or at least it used to be before smart contracts.

Maybe, however, smart contracts can promote a new theory of contracts that would encompass not only smart contracts, but other contracts as well. Perhaps smart contracts might best fit into a novel theory of contracting that divides most contracts into two separate unequal components. The first is a voluntary profit-maximizing transaction between two parties. The act of contracting creates a set of social, moral and legal obligations between those parties. Both the contracting parties and law are interested in the relationship between the parties and because the bargained for performances should maximize economic and social benefit not only for the contracting parties, but also for society in general that may benefit from positive externalities from the contract. The nature of the law’s interactions with these obligations will ultimately hinge on whether fulfilling the duties optimally creates those aforementioned social values, social welfare and profit maximization. In these cases, for example, if a party is in breach there are judicial opportunities to remedy that can modify conditions or don’t rely on specific performance.

The second component of some, but not all contracts, is the creation of contractual obligation with regard to only the physical bargains for items within the contract. In the case of unenforceable social contracts, or promises lacking quid pro quo, you could argue that this second component is lacking and therefore these contracts are difficult for the courts to enforce.

In this second component there is a direct obligation, however this relationship lacks a human component and is absolutely only between the bargained for components, like the money and the owed goods. There are no externalities that can ever be relevant. This obligation is secondary to the first, such that policies that favor the first relationship, such as goodwill between businesses or innocent mistakes will trump policies that favor the second non-human relationship. As such, courts will not always demand specific performance of the terms of a contract that contains both components.

In the case of a smart contract, however, the first human component does not exist, only the cold and harsh second. As such there can only be specific performance, nothing else matters or is relevant. We are not concerned with relationships, society or externalities. The only relationship that exists according to the law is the unwavering obligations between the bargained for stuff. Here, unless there is actual specific performance there is no fulfilment of the contract. All other performances that take into account morality, society and economics are irrelevant to this part of the transaction. So, naturally, the only thing that can happen in a smart contract is specific performance. Here, because the law has no other long-term interest in this contractual relationship, the law is not as interested in fixing mistakes or other problems and so exact performance is always exacted.

If this theory holds up, then perhaps we can begin to understand why the law would seem to be content with smart contracts, all their deficiencies in classical contract law notwithstanding.

An interesting quirk of this theory: Intended or not, smart contracts, which will be substantially supported by the new taproot fork, are like its biological namesake: narrowly focused on one objective – specific performance of the intended contractual obligations- rather than trying to be everywhere, like the fibrous root system alternative.