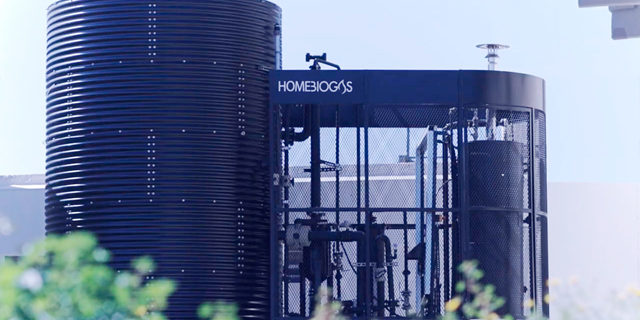 The renewable energy startup is changing the way people treat waste, by recycling food waste on-site and using it to power kitchens in homes, restaurants, and refugee camps

The climate crisis has become a first-rate concern as of late, and companies are looking to find innovative solutions in several areas, especially in alternative energy. HomeBiogas does just that by turning food kitchen waste into natural gas that can power household kitchens. “We’ve found a way to turn a problem into a valuable product,” said HomeBiogas CEO Oshik Efrati in an interview with CTech. The HomeBiogas system turns organic waste into energy and liquid fertilizer on-site, thereby eliminating the need to transport waste to landfills. This solution not only reduces the cost of collecting waste, but it also creates a source of cheaper renewable energy that also cuts down on the hundreds of tons of carbon emissions every year, explained Efrati. Powering cleaner eco-friendly kitchens The company offers two separate solutions, one is a household system that takes organic waste that is produced in the home, such as vegetable and fruit peels, eggshells, and other such material, and converts it into energy that can be turned into natural gas for stovetops or heat water. It can also be used to produce liquid fertilizer for gardens. The company’s second offering, HBG100, turns food waste from industrial kitchens at restaurants, hotels, and dining rooms that generate tons of waste, and also turns it into energy that can heat water, be turned into natural gas for cooking, or can power large industrial dishwashers. The system can be used in both developing and undeveloped countries, and can work off-grid as well. 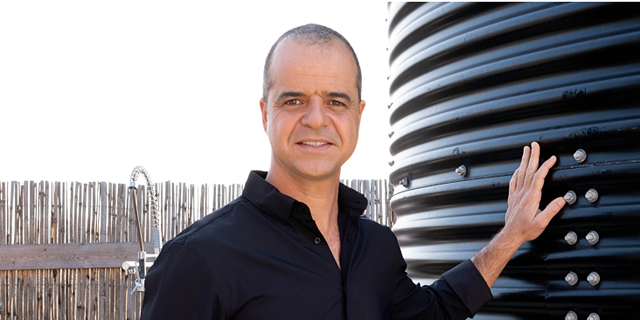 “We’re creating a circular economy on the spot - one that turns waste into something of value,” explained Efrati. Typically, waste from leftover food enters trash cans and is transported to a landfill via trucks, where nearly 90% of waste ends up. “After that, it goes into a hole in the ground, and breaks down and produces methane gas which pollutes our atmosphere, and is 80 times stronger than CO2. That method is linear, but ours is circular; we’re recycling that waste into energy which people can later use,” Efrati said. Home Biogas’ solution is “ingested” into a machine where anaerobic bacteria decompose the material and turn it into organic methane, which doesn't escape into the atmosphere but alternately powers kitchens as a renewable energy source.

The company’s eco-friendly solution doesn’t just reduce environmental strain, but is also cost-effective as well. “It reduces the cost of collecting waste, which in Israel costs around NIS 650 ($204) to collect one ton,” Efrati added. By enabling people to produce their own energy locally, it also cuts down on buying energy from other sources and cuts down on pollution that emanates from truck exhaust, since waste needn’t be transported to landfills. The solution also helps people keep a clean kitchen, and recycles organic waste with no odor, making kitchens more sanitary.

As to the question of why sustainable solutions are so important to our everyday lives, Efrati commented: “We live in a very interesting time as human beings, during a sort of turning point where people are beginning to understand the effects of our behavior on the climate. We need to do something about it, and one way is to be mindful of how we produce and treat waste, consume energy. We need to be considerate of how we are treating our planet. We need to take responsibility, not just for our own comfort, but for the future of this planet. The time to act is now.” Sustaining undeveloped countries Recently, HomeBiogas won a UN tender to supply its system for organic waste treatment and renewable energy production to hundreds of refugee camps in Africa, making them more sanitary, while cutting down on waste treatment costs. The HomeBiogas system is used in the camps to turn food waste into bio-fertilizer for gardens, and as cooking gas. It’s also capable of working in extreme conditions and is quite compact and easy to install and use, making refugees' lives just a little bit easier and safer. So far, the company has partnered with governments, aid agencies, and humanitarian organizations such as USAID, the EU, the UN, the Netherlands Development Organisation, the International Red Cross, the Israeli Ministry of Foreign Affairs, and others. In addition, the company has distribution partnerships in several countries in Zimbabwe, Zambia, and Kenya. 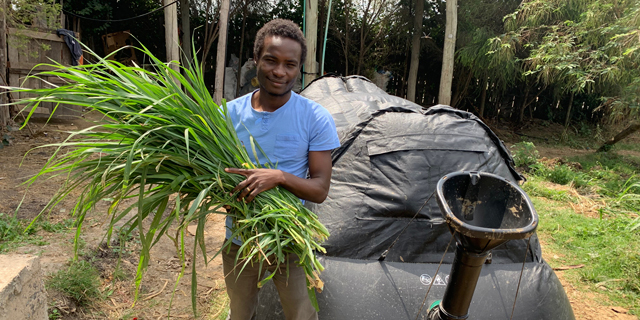 HomeBiogas is based in the coastal town of Hadassah Neurim village, near Netanya, with its logistics center in Caesarea. Currently, the company has users in over 107 countries worldwide, including in Africa, East Asia, India, Nepal, Australia, the U.S., Europe, and Latin America. Since January 2021, it has been public on the Tel Aviv Stock Exchange, where it raised NIS 100 million ($31.4) at a NIS 310 million ($97.3) valuation. The European Energy company is one of its major shareholders, and it has also received additional funding from institutional investors, such as the Altshuler Shaham investment house, the Phoenix Health fund, and more. Its current plans are to head to the U.S. market, which is embracing more on-site eco-friendly and economically sustainable solutions. “We’re offering an alternative to the way things are being done,” Efrati added. 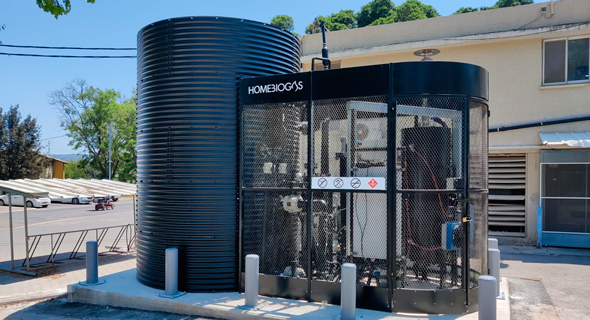