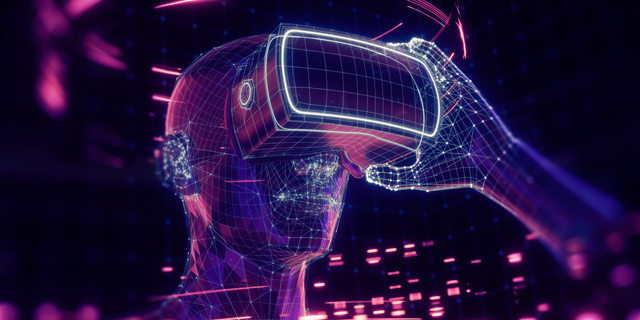 Does the Metaverse need restrictive regulation?

“If content creators were a liability for the early internet, this will be exacerbated in the Metaverse. Creators will be even more busy creating legal-but-offensive content in the Metaverse,” writes Dov Greenbaum

While many of us are only just starting to hear about the Metaverse, it has arguably been around for decades. The Metaverse is a hard-to-define buzzword. Succinctly though, the term relates to some advanced iteration of the internet; one that is arguably already pervasive in some quarters, such as gaming.

It will apply real-world characteristics to the digital world, and digital characteristics to the real-world. And, it will be a fully functioning economy across both physical and digital platforms, be populated by professional and user created content, and provide for unprecedented interoperability for all of that content across all parts of the Metaverse. More specifically, according to Mark Zuckerberg, the Metaverse will be “a persistent, synchronous environment where we can be together, … some kind of a hybrid between the social platforms that we see today, but an environment where you’re embodied in it … it’s about being engaged more naturally… (t)he interactions that we have will be a lot richer, they’ll feel real.”

Unfortunately, the Metaverse, like its progenitors, Internet 1.0 and Web 2.0, may suffer from less-than-optimal regulatory oversight in the United States and other jurisdictions. In particular, Section 230 of the US Communications Decency Act –twenty six words which have for decades provided a liability-shield to content hosting sites to protect them from legal responsibility arising from third party content - has been perhaps the most important and yet simultaneously reviled law relating to the regulation of the internet.

Section 230 helped birth the internet as we know it. Through shielding media platforms from the technically unpoliceable whims of creators at the dawn of the internet age, it continues to provide lowered barriers to entry for small startups that could never compete against entrenched companies like Facebook if they were exposed to liability for third party content. Section 230 allowed the internet to flourish for decades, albeit often at the expense of basic human decency. Other countries have implemented various other methods of oversight to varying levels of success.

If content creators were a liability for the early internet, this will be exacerbated in the Metaverse. Creators will be even more busy creating legal-but-offensive content in the Metaverse. As per Zuckerberg, “I expect a massive increase in the creator economy and amount of digital goods and commerce. If you're in the Metaverse every day, then you'll need digital clothes, digital tools, and different experiences … we think it's going to unlock a massively larger creative economy of both digital and physical goods than what exists today and allow millions of people to be able to do work doing what they love and enabling a whole different economy around that.”

For the longest time, most politicians and pundits seemed satisfied with these rules. The idea of internet exceptionalism, particularly that speech on the internet is different online than in the real world, and/or the idea that all activities on the internet can be construed as speech with all of its attendant constitutional protections, had long helped to shield Section 230 from most legislative and judicial threats.

This is no longer the case: Hatred of Section 230 has become a bipartisan issue in the United States. The future of Section 230 has been extensively debated. Even both original authors of the bill, Congressmen Cox and Wyden, have expressed some reservations as to how the law has been employed, if not written. Most recently, a new law has been proposed by the Chair of the House Committee on Energy and Commerce: The Justice Against Malicious Algorithms Act (JAMA). This proposed bill aims to amend Section 230 to “limit the liability protection provided” for social media companies that willfully, knowingly or recklessly allow the spread of misinformation. While previous attempts to rewrite Section 230 have all failed, perhaps now, sitting on the cusp of the Metaverse, we have a greater incentive to create a better regulatory system for the next iteration of the Internet, whether its JAMA or something else entirely.

However, if we do nothing, and Section 230 is applied as is to the Metaverse, it could create an ultimately insurmountable unfair advantage to digital forums over the physical, making it an even more enticing “modern public square” than the Internet already is.

This is not necessarily bad per se. But this further privatization of government roles, such as the hosting public forums, comes with the concomitant corporate control over our speech, conduct and lives: “the real threat to free speech today comes from private entities such as Internet service providers, not from the Government.” (US Telecom Association v. FCC, 855 F.3d 381 (D.C. Cir. 2017)).

This success could also ruin the Metaverse. How so? While only state actors are bound by the First Amendment (Prager University v. GOOGLE LLC, 951 F.3d 991 (9th Cir. 2020)), if the Metaverse becomes a replacement for our public forums, then if perceived as quasi-governmental actors, Metaverse platforms would be bound by First Amendment rules and they could not conduct most of the censorship allowable and exercised under Section 230. (Manhattan Community Access Corp. v. Halleck, 139 S. Ct. 1921, (2019)). “If there is any fixed star in our constitutional constellation, it is that no official, high or petty, can prescribe what shall be orthodox in politics, nationalism, religion, or other matters of opinion or force citizens to confess by word or act their faith therein.” (West Virginia Bd. of Ed. v. Barnette, 319 U.S. 624 (1943)). And, if platforms had limited ability to censor, the Metaverse would become a more disgusting cesspool of legalized offensive speech than the internet is today.

But, barring the unlikely event that Metaverse platforms are deputized as common carriers with all of the associated First Amendment constraints, it seems there are at least two ways to deal with problematic content on the Metaverse.

We could do what many currently want to do and alter Section 230, or even First Amendment jurisprudence, in light of the dangers they pose to expression in the Metaverse. Changing Section 230 however is nontrivial. For example, a revised system that grants limited immunity based on a notice and takedown model, similar to the DMCA (Digital Millennium Copyright Act) that polices the intellectual property aspects of content creators on the internet, opens up the system to being overwhelmed by bad faith claims.

A second option would be to assess whether Section 230 even applies to the platforms hosting the Metaverse. If the Metaverse fell outside the scope of Section 230, it would force Congress to enact a whole new law better tailored to the realities of emerging online interactions.

Why might 230 not apply? In the few words that Section 230 does employ, we can appreciate that the law is clearly directed to speech related issues. In fact, Section 230 has been overtly compared to the free speech rights granted by the First Amendment. And, if as Zuckerberg suggests, the Metaverse will be more experiential - more human conduct than simply speech - than perhaps the rules and regulations associated with Section 230 are ill-fitted for this brave new world. If so, then the Metaverse may be outside of the regulatory scope of Section 230.

Further, in comprising significantly more conduct than speech, the Metaverse would also not share the same limits on government-imposed censorship and other First Amendment considerations that the Internet enjoys and Section 230 circumvents. Conduct and Speech are often conflated in free speech jurisprudence, but protections to speech do not always extend to conduct (Giboney v. Empire Storage & Ice Co., 336 U.S. 490 (1949)). In fact, in 1989 the US Supreme Court “rejected the view that an apparently limitless variety of conduct can be labeled `speech' whenever the person engaging in the conduct intends thereby to express an idea.” “The government generally has a freer hand in restricting (even) expressive conduct (i.e., behavior designed to convey a message) than it has in restricting the written or spoken word” (Texas v. Johnson, 491 U.S. 397 (1989)).

If this is the case, then new and improved regulation for the Metaverse could be substantially more restrictive than Section 230 could ever aspire to be.

Regardless as to whether the Congressional hand is forced, or if Congress finds sufficient political will, Section 230 will likely change to better fit the emerging Metaverse. How Congress ought to best do this, should not be taken lightly.