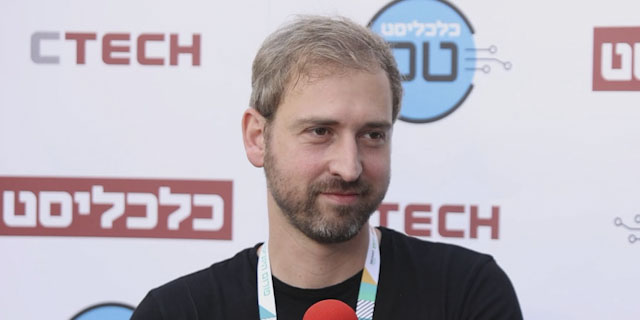 “We choose people over valuations”

So said Matan Bar, co-founder and CEO of Melio, which streamlines digital payments for businesses. “We were in the right place at the right time, and during the pandemic we became the payment company with the fastest growth rate in the U.S.”

“We didn’t plan on becoming the payment company with the fastest growth rate in U.S. history. We’re glad it happened, and like every good story we had a lot of luck. We found ourselves in the right place at the right time during the pandemic,” said Matan Bar, co-founder and CEO of Melio during Calcalist and Discount Tech’s Unicorn Forum in Tel Aviv on Sunday. In a discussion with Calcalist’s Meir Orbach, he explained why the pandemic actually helped streamline Melio’s operations, which helps businesses with digital payments. “Businesses had to transition their operations to the digital sphere, and they couldn't pay anymore with checks like they were accustomed to. In the U.S., there are $14 trillion in funds that are transferred in checks between businesses, and during the pandemic that became problematic. We were the solution that helped businesses survive the pandemic. We helped them when they needed it most.”

Bar shared how he helped found Melio. ““Before I started the company, I was the Head of PayPal's R&D center in Tel Aviv and I led its Consumer Peer to Peer Payments Group globally. I managed a global team of around 250 people. I decided to leave since I wanted to build a startup, and was drawn to the area of business payments since I was shocked at how businesses in the U.S. operated, by paying with checks.” Recently, one of the three Melio co-founders, Ziv Paz, departed the company. Bar explained the reasons behind Paz’s departure during a time when Melio is seeing unprecedented growth. “Everything is happening very fast at Melio. Two years ago, we launched our product and began processing billions of dollars a month. This year we recruited 350 employees. We only had 30 prior to the pandemic, and now we’re a team of 480. Paz is still one of my very close friends. We both realized that the company in its infancy needed general management. The larger the company grew, the more professional it needed to be. There can’t be one person responsible for several areas, rather you need to focus on particular areas. Paz and I decided to hire an experienced VP of Operations and a Marketing Manager. "az preferred to remain in general management. It didn’t suit him but he’ll always be part of the company." Melio’s success also helped it recruit employees. “We’ve drawn people from larger companies. There are more fundraising rounds, our valuations are higher, and our options are becoming real. People from Goldman Sachs, Bank of America, and Facebook are joining Melio since our valuation is tangible. People work hard. Our employees made tens of millions of dollars during our second round, and we’re really happy about that. We were able to reach an advanced stage pretty quickly. Our investors pushed us to conduct another round, but we wanted to wait until we started processing a billion dollars a month in payments. That happened in July, and it felt right. I hope we can do so every year.”

“The macro environment enables a startup to raise funds much easier. When I raised funds for my first company, we raised $100,000 from (investor) Yossi Vardi, who controlled a large percentage of the company’s shares. That was a completely different time. Today, there are more investors, more competition, and the price is rising. The market’s environment encourages raising funds, but that needs to be justified by a business’s performance. Our rapid growth puts a premium on our valuation, and at each round, we were offered a higher valuation. We always choose people over valuation, and don’t want a valuation that is too high since it doesn’t suit the company.”