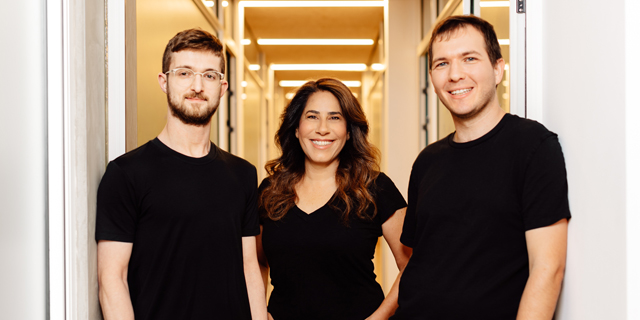 The cybersecurity company is expected to more than triple its workforce. “Even before writing a single line of code, our team worked closely with customers,” said CEO Merav Bahat

Cybersecurity startup Dazz, which specializes in protecting cloud development environments, announced Tuesday it secured $50 million from Insight Partners, Greylock Partners, Index Ventures and CyberStarts in a new round of funding. The company, which has raised a total of $60 million to date and employs about 30 people, is expected to expand its team to 70 people.

Dazz operates in the realms of cloud security, solving vulnerabilities and preventing risks in cloud development environments, with untreated security matters potentially facilitating the next attack. Dazz’s product replaces the ‘security vulnerability fix’ process that exists in organizations today and is mostly manual. The product finds the right person to fix the problem and what they need to do. In some cases the repair is done automatically, but in some cases automation is not the right solution. Dazz was founded by CEO Merav Bahat, former Deputy CEO at Microsoft’s Israel’s R&D Center. She left Microsoft at the end of 2020 after serving as General Manager in Microsoft's cloud security division, which generated sales of more than $1 billion for Microsoft. Her partners are CTO Tomer Schwartz, who founded Microsoft's Security Response Center in Israel, and VP of R&D Yuval Ofir. Tomer was one of the first employees at Armis Security, and previously managed research at Adallom, which was sold to Microsoft. Ofir is the former VP of R&D at Claroty, which recently acquired Medigate. Ofir also served as a commander in the elite 8200 unit, where he served alongside Schwartz.

“Our vision is to solve a critical set of problems while improving the effectiveness of collaboration between security teams and their business partners,” Bahat stated. “To do that, even before writing a single line of code, our team worked closely with customers, and we continue to listen and understand their concerns and pains.” Cyberstarts’ founder Gili Raanan, who was the first investor in Dazz, said that “cloud security is an amazingly complex task due to the variety of infrastructure and cybersecurity technologies involved. I’m thrilled to partner with the experienced and talented Dazz team. In a very short time, they built a one-of-a-kind solution to help Fortune 500 companies systematically improve their security posture.”