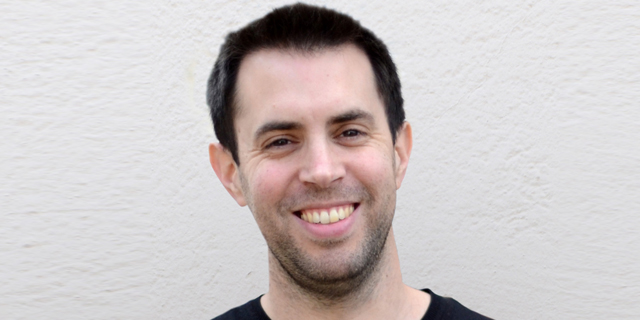 “We had three options, go home, fundraise or sell the company. We did not go home"

After a $17 million investment vanished, Pico CEO Asaf Nevo opens up on what not many will. “There is an unbalanced situation between startups and investors”

Israel’s tech ecosystem might have gotten used to large IPOs with high valuations, massive fundraising rounds led by mega-funds, and headlines about lavish parties and company retreats. However, it is crucial not to forget that not all that glitters is in fact gold and that many companies are not as lucky as others. “There is an unbalanced situation between startups and investors,” said Pico co-founder and CEO Asaf Nevo in an interview with CTech. “When you are at an early stage you feel like you owe them something, after you grow you realize you offer the opportunity and they need to fight for you.” Nevo was discussing the intricate relationship between entrepreneurs and investors following recent posts he wrote on LinkedIn and Medium, where he gave a first-hand account of “How a $17 million investment was lost,” shedding light on something that not many entrepreneurs would be happy to discuss - feeling misled by an investor.

Pico, founded by Nevo with CTO Aviv Paz and COO Roi Mozer, is a data gathering and management platform working mostly with major sports clubs from around the world, as well as leading music, and consumer goods brands. Nevo described what the company does as “helping those brands to become data owners and convert the data, or users and fans they have on the digital space, into real CRM records, real first-party data.” Meaning Pico helps its clients to leverage personal fan information such as favorite player or preferred merchandise into personal marketing and engagement. The Haifa-based company was founded in 2016 and pivoted towards this product in 2018, and like so many others, its growth accelerated during 2020 and the Coronavirus pandemic. “​​This chapter of Pico’s story begins right after the Covid-19 pandemic broke, amplifying brands’ reliance on digital assets more than ever,” ​​Nevo wrote on Medium. “While many companies in our space, unfortunately, went out of business, Pico raised funds and achieved more than 250% growth on all metrics and KPIs.” Nevo described how “in early 2021, we went out to raise our Series-A to support our rapid growth and scale,” stating Pico had several potential investors interested. “One of those funds was a well-known London-based VC firm — whose details won’t be disclosed at this time — which together with its executive chairman, was introduced to us as an established firm. They had the talk to back it up, with multiple funds and assets in China as well as several investments in Israel. More importantly, they had just founded a new venture-backed digital agency for the European sports world, led by top executives within the industry.” “They spoke confidently about their leadership team’s vast experience in sports and the joint ventures already in place with leading European brands. After initial due diligence, they offered to lead our Series-A round with up to a $17M investment, which included approximately a third of the money as an initial investment, and the rest over the next 2 years,” he wrote. “In April 2021, we decided to pass on other opportunities and signed their term sheet, excited about an upcoming round that included a strategic lead investor and financial investors to expedite our growth. We started an intensive due diligence process that included legal, financial, and tech. At the same time, work had begun on deals in the sports space with their partners. It was exciting to see how the value created at Pico aligned perfectly with their network and brought forth potential deals to the table,” Nevo continued, before addressing the red flags that showed up. “In July 2021 all parties signed the Series-A round’s definitive agreements, with a commitment to wire the money by August 31st, 2021. Based on their binding commitment, we mutually decided to act fast and continue Pico’s expansion. The first step was to grow our teams, raising our monthly burn rate by 30%. All this time it was communicated that the wire transfer would happen on schedule. The deadline had passed and we did not receive the funds. Concerns began to grow,” he recalled. “In late September, we realized the deal was in trouble and our runway could be in jeopardy. In early October, updates we received intensified our concerns. The firm admitted that actually, they had no written commitment on when they would receive their funds. Yet they kept on insisting the money will be in hand soon and that we should remain patient,” Nevo wrote. “By mid-October, when we heard nothing new, it was clear to us that the deal was not going to happen. We notified them of a contract breach and started a litigation process.” 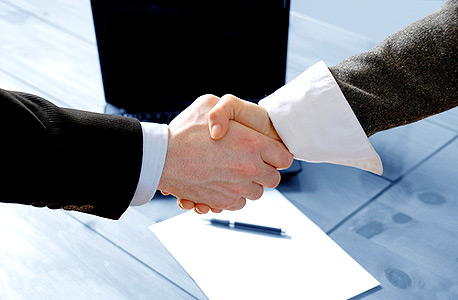 "We work under the assumption that no reasonable person will sign on such huge amounts on definitive agreements if they do not have access to the money. The legal exposure for you as a fund is so big at this point.” Photo: Shutterstock

“We are coming out with this story about four months after, and we have already recovered, and we are strong. If we spoke four months ago I might have said something else. But looking back, and I have been running through the process a million times in my mind,” Nevo said during the interview, “I did everything I could as a startup to do due diligence on my investors.” “I took a very well-known investment banking firm, but they did not do a good job. I was relying on their due diligence and their network to at least help me with the initial screening," he added. “I spoke with founders who received investments from that fund, and I got good comments, and at that point, my ability to tell an investor ‘show me your bank account status’ is not realistic.” “My ability to actually know the fund’s status is very limited. At the end of the day, it is limited to my ability to ask questions, and their willingness to sign on representation inside a purchase agreement. And we work under the assumption that no reasonable person will sign on such huge amounts on definitive agreements if they do not have access to the money. The legal exposure for you as a fund is so big at this point.” When asked about how he personally felt during the entire ordeal, Nevo explained that “the feeling of having a meaningful strategic investor, with what should have been deep pockets, with the ability to help us with significant amounts, help us access markets, save us time and allow us to grow fast, that gives you validation.” But as things started to come undone, Nevo said he and the rest of the team were “hyper-focused on solutions,” not considering a possibility they would not recover. “When you get punched and your wind is knocked out, you have three options, go home, fundraise or sell the company. I did not go home,” he said. Explaining his decision to come out publicly and share this story, Nevo pointed to what could be described as double standards in the industry. “I think there is no reason startups should be afraid to talk about such things. Because if a deal between two major firms would have imploded after everything was signed you would read about it everywhere. Or the other way around, if I would sign with investors and they would find out I untruthful, it would have come out.” “Here we have an investor, who was not acting with transparency, who displayed a false representation of reality, and I have my limits as a person and entrepreneur,” he said. “The point where we decided to shut things down and take a step back was when we realized they were not being transparent. And that is a deal-breaker. And it would have been a deal-breaker the other way around, if they would find out I was not honest about something they would have taken a step back immediately."

It seems Nevo’s experience struck a nerve with others, with many commenting on his LinkedIn post, expressing outrage, sharing similar stories, or just offering support. One user wrote “Thanks for sharing. There are likely 100 stories much like this one out there but buried under NDAs.” Another comment read: “It happened with us too, ours was 200M EUR. As we say, if we make it once, we can make it twice so continue working hard.” One person also described a not-so-happy ending, writing: “Such a brave move - sharing your experience! I was a witness to similar events with another startup, that unfortunately didn't end as positive.” And one commenter even went back almost two decades to a similar experience. “Israeli VC, confirmed a $3m investment, got us a thorough DD, my co-founder and I were employees in another company and they have told us to resign and that we will get our offices in their building to save costs, term-sheet was signed, we resigned on a Sunday, giving our employer a 30 days notice, incorporated the company and opened a bank account, they promised that the 1st million will be wired by Tuesday, on Thursday it wasn't there, the bank manager got tired from my repeated calls to check if it's there yet, their CFO confirmed to me personally that the money was wired on Tuesday, on the Monday of the next week I understood that they are a fraud. They had other investments, they had a very limited team, and they treated us through the process in much more respect and friendliness than the other VC's, I didn't see that coming. That was 21 years ago, they don't exist anymore.”