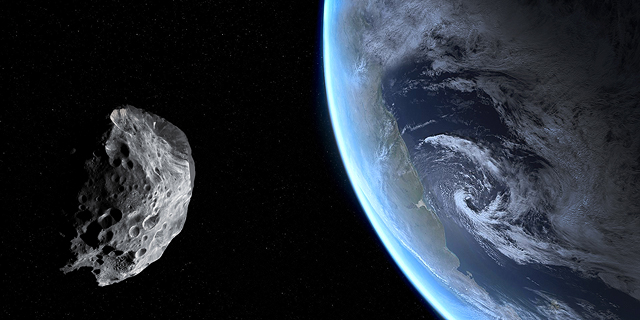 "If we want space mining to have a happy ending, its important that we adequately resolve the open legal questions while also creating new laws and regulations that will both incentivize beneficial mining," writes Dov Greenbaum

Movies are often a useful educational vehicle. More than just the instructive film reels of our youth with their often very specific intonations, modern Hollywood movies are an especially powerful tool to inculcate the public in general, and students in particular, regarding complicated topics, especially at the intersection of science and technology. This is especially the case in current situation of higher education where distance learning and hybrid classes make it nearly impossible to hold a student’s attention. Even as we return to in-class instruction, film is a valuable tool against the constant irresistible draw of the ubiquitous smart phone and the social media that it makes available 24/7. 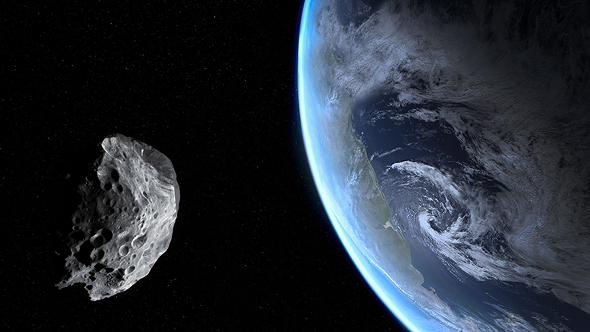 Last week, Netflix released the film “Don’t Look Up” directed, written and produced by Oscar award winning Adam McKay. Now in theaters and streaming on Netflix at the end of the month (which means that most will not see it until the end of the month, this start-studded dramedy tells the story of the scientific discovery of an asteroid destined to destroy the planet, the inability of the scientists to effectively share that information with the public, and the infuriating social and political response to the scientific development. Originally devised as a commentary on the politization of climate change science, the movie, which began filming during the pandemic, rapidly became a superlative example of life imitating art. In one prescient scene, some characters denied the reality of the clearly visible impending doom right up until the end, similar to ICU patients still adamant that COVID is a hoax. In two auspicious coincidences, NASA launched their Double Asteroid Redirection Test (DART) asteroid destroying mission only a fortnight prior to the release of the film. And the day after the film’s release, a multi-billion-dollar Eiffel-tower-sized asteroid nearly crashed into Earth (‘nearly’ is relative – it actually zoomed past us at almost ten moon-distances from the planet). Without divulging too much of the movie, that second coincidence is more relevant than perhaps appreciated. In the film, plans to deal with the impending asteroid collision pivot, in typical hi-tech fashion, to an attempt to mine the asteroid given the perceived earth-shatteringly valuable mineral resources within the hurtling rock. The idea that we can mine local asteroids is credible. NASA’s jet propulsion lab (JPL) has calendared a mission for this summer to assess the nature of a potentially minable asteroid Psyche-16, a Death Star doppelganger. NASA, for its part, denies any desire to actually extract ore from the 173-mile-wide rock with an estimated street value of ten quadrillion USD. Its lack of interest in this particular rock notwithstanding, overall NASA reportedly estimates that the near-future value of space mining may be up to $700 quadrillion. The estimated values of individual asteroids have actually been calculated: http://www.asterank.com/ But is space mining legal? The 1967 Outer Space Treaty, which governs much of the outer space activity of its 111 nation-state parties, prohibits what the treaty refers to as the ‘national appropriation’ of the ‘moon and other celestial bodies’. First, it is debatable as to whether mining is per se included in the term ‘appropriation’. NASA has long believed that the term means that space mining is legal: “We also believe that, just like in the ocean, you can extract resources from the ocean. But that doesn’t mean you own the ocean. You should be able to extract resources from the Moon. Own the resources but not own the Moon.” Second, even if we can’t agree on whether mining is not within the term appropriation, there is also uncertainty as to whether an asteroid is a celestial body within the scope of the treaty, or something less than a celestial body, and outside the scope of the law.

If either is the case, then space mining of asteroids should be legal: In space law conventional wisdom, that what is not expressly prohibited is legal. In fact, the United States has already relieved the moon of nearly 400 kilograms or valuable moon rocks; it clearly has never felt constrained by this uncertainty.

However, even if mining is not considered verboten national appropriation, there are other binding laws that may also limit the ability of nations and their citizens to conduct unrestrained space mining. Article 9 of the aforementioned Outer Space Treaty requires that nations refrain from contaminating celestial bodies. It is unlikely that a mining operation could be conducted without any contamination. However, even here there is further uncertainty: whether the actual mining locations, likely to be dead rocks, are actually contaminable under the general understanding of the law. This remains an open question.

Ultimately the mining will likely be done by private organizations -- the near-future mining of the moon’s surface by NASA has already been doled out to private corporations. These private organizations are arguably, under the various outer space treaties, only limited by the rules imposed by their respective governments and not the treaty language itself. Already at least four countries have created explicit laws that allow their citizens to mine in outer space. First to draw up mining regulations was the United States, initially under President Obama in 2015, and then under President Trump in 2020. These U.S. legal efforts were closely followed by Luxembourg in 2017, the United Arab Emirates in 2020, and just recently Japan in 2021. In addition to these explicit laws passed by their respective legislatures, eleven additional countries have signed onto the Artemis Accords. Those accords explicitly allow for the mining of the moon. Even with the aforementioned legal concerns dealt with, there remain other legal rules and regulations that need to be optimized before a viable industry can be sustained. These include the determination of ownership of mineral rights in space and a process for doling out those rights. The law also needs to be developed such that there is an easy determination of liability if things go horribly wrong on the way to mining, at the site of mining, on the way back, and on Earth if those rocks are brought back with any contaminants. Current liability law in outer space is limited by international law to nation states with no cause of action for private parties.

In addition to the potential legal issues, the costs of space mining are estimated to be astronomical. Thus far, we have spent hundreds of millions of dollars trying to extricate asteroid samples, and yet we have retrieved less than 5 grams of asteroid dust. We clearly need to develop better space mining technologies if we are going to successfully extract resources from space.

In the meantime, China, which has been effectively shut out from much of the international efforts in space, has already launched a spacecraft, NEO-1, devoted to space mining. The movie “Don’t Look Up” also had a group that decided to go it alone; it wasn’t a happy ending. If we want space mining to have a happy ending, its important that we adequately resolve the open legal questions while also creating new laws and regulations that will both incentivize beneficial mining, while at the same time protecting the space environment.