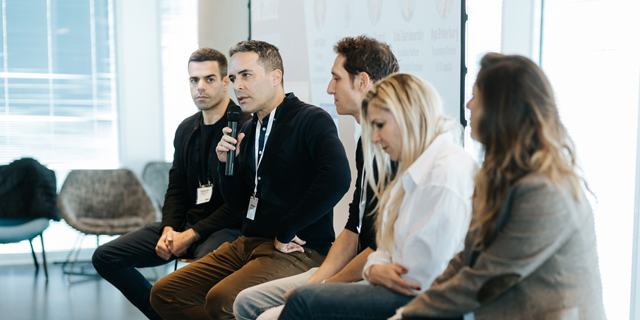 Gigi Levy: “Even if there will be valuation bumps, I am super-bullish about the tech industry's continued growth”

Leading Israeli VC executives estimate that while there may be some painful challenges ahead, the positive trends in the market and flow of investments are not expected to stop. Some even think the best is yet to come

Is the venture capital investment “party” in Israeli high-tech about to see its bubble burst? Or is it maybe facing a financial correction? Perhaps this celebration will continue in the coming year and subsequent years? According to top executives in Israeli and international VCs, some bumps are expected in the near future, with some possibly being painful for certain companies and startups. However, in their view, the ongoing positive trend and the flow of investments are not expected to stop, with some executives believing the best is yet to come. “Looking at the long-term as a seed investor considering what will happen to companies ten years ahead, I am the most bullish I have ever been," said Gigi Levy-Weiss, co-founder of NFX, a venture firm focused on pre-seed and seed-stage startups. “We are in a time where everything we know, in any field, is heading towards disruption. From e-commerce and work habits to the deep-tech realms, which we could never have imagined, such as synthetic biology. So even if there will be small valuation bumps, I am super-bullish about the industry's continued growth."

However, when discussing the fantastic valuations Israeli startups received in the past year, Levy believes that it is clear that less money will flow into private equity, including the VCs, should global interest rates continue to rise. "When that happens, fund partners will start to be a little more conservative in the ways they spend the money, because it takes longer to raise a fund. Therefore, it will lower valuations to a degree as eventually, it is all a matter of supply and demand,” he explained. Tal Morgenstern, a partner in the venture capital fund Lightspeed, also estimates that the positive trend will continue over time. "I do not think we will see a correction or a bubble. What we could see are momentary corrections, some of which will be very painful for us and for many people in the VC industry. If I zoom out and think about it from afar, I think that overall there is a kind of circular trend with a clear direction: the world is moving fast towards innovation, and it is a world going in the direction of tech. Tech as an asset class continues to climb up and to the right, and on this graph there is a sinus wave, which we might be at its top. But also after that correction we saw in the indexes, it was a very good market in the public markets." Levy and Morgenstern were speaking at the Trends & Forecasts for 2022 conference held by Fusion, a fund focusing on investments in the pre-seed and seed stages, and by the Pearl Cohen Zedek Latzer Baratz law firm. The event, which was attended by about 150 senior executives from the Israeli start-up industry, focused on the question of whether the rally we have witnessed in the past two years will continue into the coming year and what its implications are.

"Today, the transition from the private market to a public transaction is very, very rapid, because in Israel, the reliance on mergers and acquisitions is decreasing. Investors here are looking for a big IPO story, so we should assume the move out of the position will be going public," explained Yifat Oron, senior managing director at Blackstone and head of its Tel Aviv office. "In terms of the market, it is clear that there will be corrections and we can see it globally. Prices in Israel, in the private market, are more extreme than what is seen in the world. In my opinion, it is because in Israel there is much more capital per IP compared to other places. When a lot of capital is after fewer IP, valuations spike higher than what you see in the U.S., and even more so if you compare the ratio of income to the dollar. We assume there will be corrections so we are looking to invest in companies that can sustain bumps." Kobi Samboursky, co-founder and managing partner at Glilot Capital, addressed the large gaps in the companies' valuations over the past year as well. "There is a clear and noticeable gap in numbers in a way that can not be ignored: the big jump of the VC market created very high pressure in the market and raised prices, but the public market is simply not there. No question - in the end there will be a correction. It is worth noting that when talking about exits, until a few years ago the M&A was much more significant than IPOs, and accordingly, the public market had less of an impact. One thing that helped this jump was the recent wave of IPOs and SPAC mergers. Despite the sums in M&A exits undoubtedly going up, they cannot account for the current valuations we reached, and what largely replaced it were the public offerings. Now we get very strong feedback from the market that it can not go on like this for long." 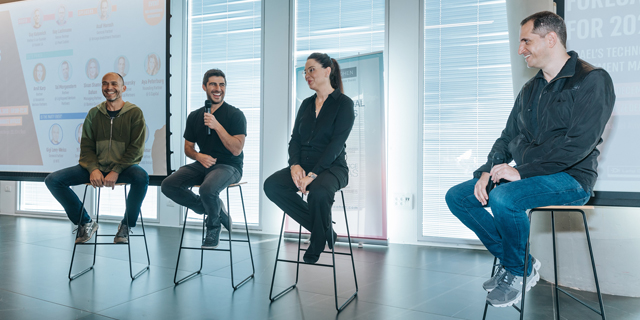 "Why am I still optimistic," Samboursky stated, "because I think we can eventually contain this thing. We will see cases of companies doing down-rounds and even closing down. Not sure if we will see unicorns that suddenly close completely, but companies who think they are "there," and it turns out that they are not, will be hit hard. This is not the end of the world either. Such things are part of a market that works, and we will see such things and absorb them, and move forward." Managing partner at Qumra Capital, Sivan Shamri Dahan, said at the event: "There is no doubt that the way we are supposed to look at our companies needs to change - even if today, we have to pay at valuations that we did not pay before. We need to look at each company concretely and see if it really has a product/market fit, does its product really matter, do entrepreneurs know how to adapt during difficult times. Mostly, we want to see companies that in three or four years know how to continue to grow relatively well, so that even if multipliers in future public markets will be half or a third of the multipliers we pay today in the private markets - we will still see the multiplier that we in the fund want to see." Aya Peterburg, founder and managing partner at S Capital VC, said: "People have been talking about a bubble for a while, but we're experiencing changes in this industry from the moment it was created. You win a bubble or an era by being able to change. So the same flexibility is demanded from the investors and funds. I do not know if it is a bubble or not and if there will be a correction or not, but in the end, the market always fixes itself, and we must be prepared for these waves because they always come."