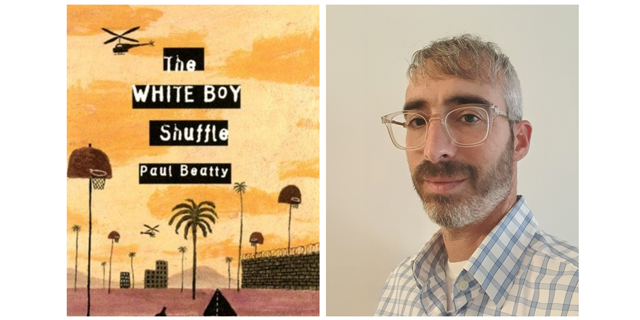 CTech's Book Review: A sensitive parody about race and identity in the U.S

Summary: This sensitive parody is about Gunnar Kaufman, a genius raised as the only Black kid in a white neighborhood in L.A. until his mother decided to move to a Black Ghetto so her children could stay in touch with their Black heritage. Having difficulties blending in, Gunnar discovers that he is very good at basketball and has a natural talent for words and poetry. By the time he starts attending Boston University, Gunnar becomes a famous basketball player and hailed as the greatest of street poets, the new voice of the Black American, and a messiah. Important Themes: One central theme of the book is the discrimination of the Blacks in America and their fight for equality. Gunnar himself is very aware of his difference among white people but has problems blending in the Black world as he is not familiar with the language and behaviors expected from him in the Ghetto. Gunnar’s surprising ability to play outstanding basketball and his witty, biting poems make him famous and a role model, first in his community and then in the entire country. Gunnar becomes a wanted speaker in Black gatherings and is regarded as the Black savior. However, Gunnar himself mocks his believers and preaches that since everything is futile, the Black community might as well give up and commit mass suicide. Another theme is Gunnar’s self-discovery and evolution from a young boy who doesn’t fit in, continuing an extended family tree of disappointing ancestors who always betrayed the Black heritage into the savior for Black people. From the only Black kid in a wealthy white neighborhood, having a pleasant life while his skin color was ignored, to an outcast in the Ghetto, getting beat up for not knowing the social codes, and later to a local hero and a national leader using his skills and creativity. Gunnar’s poems, initially written on Ghetto walls, are daring and bold, loaded with historical references, using spoken language, and describing Gunnar’s reality. Gunnar himself doesn’t care much for his success and mainly uses his creativity to survive in the tough neighborhood he lives in. Gunnar is apathetic to the expectations people put on him.

1. People will always look for someone to look up to. Together with the influence of the herd, they’ll be willing to follow a false messiah even to the point of absurdity. 2. It is almost impossible to avoid your purpose. Original thinking and creativity will make you stand out and assist you with getting you to where you fit and deserve to be. Gunnar used his creativity to get him out of the deep hole he was in, with no surrounding backup or a role model to follow. Who Should Read This Book:

Anyone who appreciates diversity has a good sense of humor and respect for the randomness and unpredictability inherent to our daily actions and their consequences.