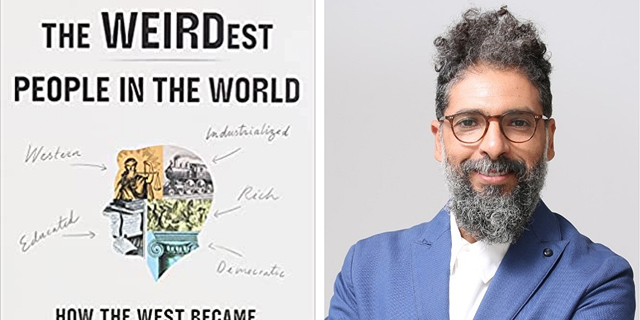 CTech's Book Review: The good, the bad, and the WEIRD

Sabo Taylor Diab, Co-Founder of Krystal Eight, shares insights after reading “The WEIRDest People in the World: How the West Became Psychologically Peculiar and Particularly Prosperous” by Joseph Henrich 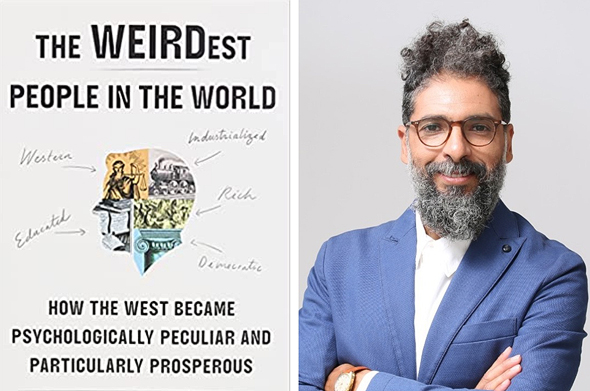 Summary: In his new book, Joseph Henrich explores the reason for Western culture's rise to dominance in the world and its transformation into a social, economic, and political leader. Among the various processes he describes in his book, he includes the organization of human beings into tribes and states, the influence of the Catholic Church on the familial structure and the dismantling of tribal societies (based on marriage between relatives), as well as cultural revolutions influenced by the advent of Protestantism. These, along with other processes, have had a profound impact on human psychology, leading to the formation of unique communities that encourage innovation. Westerners are defined by him as characteristically WEIRD. This has a double meaning: the literal meaning, (i.e., strange, and idiosyncratic), but also an acronymic meaning, i.e., Western, Educated, Industrialized, Rich, and Democratic. This weirdness is because the modern society of westerners is fundamentally distinctive from the culture from which it emerged. Important Themes: A predominant theme in the book is the development of individual identity juxtaposed with the Western rejection of conformism. The essential strand in the formation of this western identity – characterized as WEIRD – is the cultural individualism that emerges from the concept of self-determination and manifests in meeting points within community institutions, family structures, or friendships. Henrich contends that the ban on marriage within a family was a pivotal moment in the formation of modern society; a society in which people transcend the boundaries of the family and tribal community. People are forced to look for partners elsewhere, embrace flexibility, innovate, build novel institutions of education, law, commerce, and communication, and discover their individuality in new environments. Therefore, western people construct their identities first in relation to their actions, achievements, and individuality, prior to forming an interpersonal identity in relation to social institutions such as residence, marriage, culture, etc. This is an indication that a constant strive for intellectual independence and the ability to carve out one’s own path in the world are primary components of western identity formation. Westerners are driven by their own passions and desires, by the goals and aspirations they set for themselves in both the private and the public spheres, while considering their general role and status in society as well.

According to Henrich, the WEIRDer the individual is, the less likely they are to conform. In my view, when looking at the long-term effects of individuation it is difficult to ignore the degree to which it has impacted innovation and Western society’s ability to build enormous companies. The book demonstrates how progress and innovation are rooted in societal structures that allow for creative thinking, fluid interpersonal dynamics. As such, technological ingenuity is the product of progress, and not the cause of it. To a certain extent, our life in Israel is shaped by a socio-normative fusion of East and West, with most of us having a dualized personality structure that combines freedom of thought and an innovative drive with collective, social guarantees. This is a form of conformism associated with non-Western societies. The book provides a unique perspective through which we can analyze the Western personality from a cultural and anthropological point of view. Using the book as a resource, startups, entrepreneurs, and tech companies engaging with the American and European markets can gain insight into the psychology of their target audience. A deeper understanding of behaviors, internal drives, and modes of thought that permeate Western society gives one the opportunity to break into these markets with an advantageous strategy. Furthermore, the book provides substantial inspiration for the field of management. International tech companies are often microcosms of their larger society, linking cultures and people with unique modes of thought. It is worthwhile to understand different people’s ways of thinking and to encourage an organizational culture that pushes us towards intellectual independence and innovation. Critiques: A fascinating and comprehensive work, The WEIRDest People in the World explains contemporary cultural differences vis-a-vis a chain of critical historical events, drawing sociological and anthropological links that have never before been made. As with any work, the whole is greater than the sum of its parts. At times it seems the parts have been fitted together to suit Henrich’s thesis of Western uniqueness compared to its non-Western parallels. The book is fascinating in its structural organization and contextualization of discrete historical lines of research along with sociological analysis. It demonstrates the complex influence that religious, social, and economic currents have on humanity. However, one must remember the important power of interpretation (editing) when considering the results presented in the book; ostensibly, other editors might have reached conclusions entirely disparate from Henrich’s. Who Should Read This Book:

The book may be of interest to tech entrepreneurs and executives facing the Western market – it helps one understand the market from an anthropological perspective and get closer to the modes of thought and social dynamics that characterize discrete audiences, whether they are WEIRD or not.