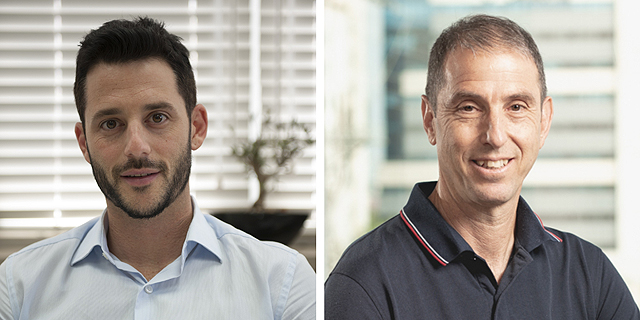 The cleaning sector welcomes robots to disrupt its workforce

There’s a talent shortage in Israel - that much we know. While countless reports indicate that high-tech talent is hard to come by, there is another entire sector that runs the risk of automation displacing workers. This time, no one seems to mind. Robotize, a company that operates as an independent division of Mittwoch, is currently acting as Israel’s sole distributor of robots developed by Gaussian Robotics to deploy smart robots as cleaners in office buildings, hospitals, and public spaces.

“When we talk about cleaning, the robot is doing two things,” said Amnon Avi-Guy, the General Manager of Robotize and the Computer solutions Division at Mittwoch. “First of all, it saves money. But second, it helps the cleaning industry to overcome the lack of people who don’t want to work as cleaners. This is not typical of Israel, this is all over the world - people don’t want to go and be cleaners, they prefer to do other things. The cleaning robots give solutions to the two issues.”

The robots that can soon be seen operating in Tel Aviv offices are bought from Robotize and managed by cleaning companies. For a cost varying between 2,250 and 7,000 NIS ($706-2,200) per month, robots can scrub, sweep, and collect data on the areas they work in. According to Avi-Guy, the demand for robots is higher than the current supply, and a way for cleaning companies to help close the gap between the demand they face and the number of workers available to reach those demands. “Our robots are the only one now we know exists in Israel that have full working stations,” explained Amir Mittwoch, a fourth-generation Mittwoch member and its current Business Development Manager. The company established Israeli operations in 1933 but started in Germany in 1906. “That means they have a real fully autonomous robot,” he continued. “It doesn’t just charge itself when its batteries are empty, it can also take clean water from the working station and pull out the dirty water to the working station.”

Avi-Guy and Mittwoch stress that the robots require little intervention from humans and are well and truly part of the “AMR” (Autonomous Mobile Robots) revolution. They can operate all day or night, every day of the year, and never require rest. Other members of the robotics family include delivery robots, disinfection robots, and ones that operate as replacements for humans who might be stuck in lockdown and can be virtually tuned in via a screen and microphone.

“We believe within the next 3-5 years, we will see cleaning robots all over the public places we will go to,” predicted Avi-Guy. “It can be supermarkets, hospitals, office buildings - anywhere where humanized scrubbing machines are being used, it will be replaced by those robots.” 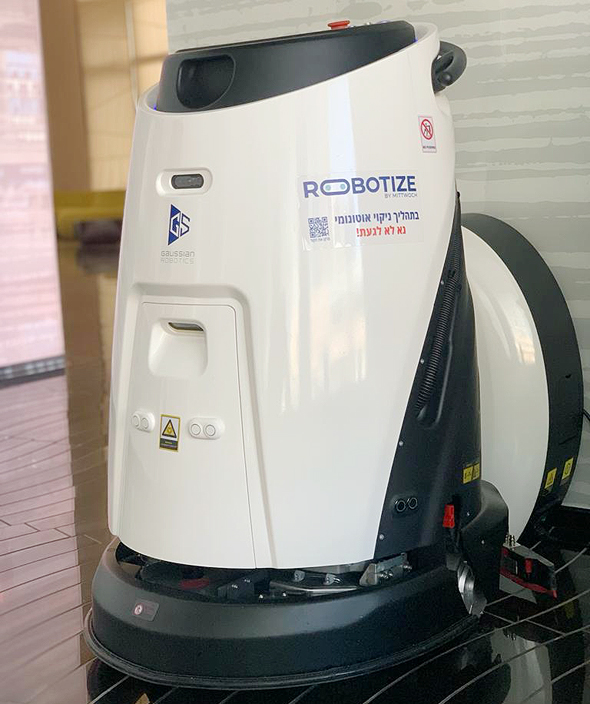 A look at the robotic cleaner. Photo: Gaussian Robotics