"Aviram Awards - Tech for Humanity" narrows field of finalists to 14

Established by The Aviram Family Foundation and Forbes, the competition showcases reality-changing projects in the Middle East and North Africa, and will award a half a million dollar prize to the winner

The 14 candidates from Israel and the Middle East who reached the semifinals of the "Aviram Awards - Tech for Humanity" met in a virtual seminar attended by senior international mentors who prepared them for the finals and for the world of entrepreneurship.

What Ziad Abu Ayyash from Jordan, Ari Gargir from Israel, and Alanoud Al Hashmi Hashmi from Dubai all have in common is that they are all entrepreneurs from countries in the Middle East, and that their ventures have the potential to bring about significant change. Abu Ayyash, Gargir and Al Hashmi met in a virtual seminar together with the rest of candidates who advanced to the semi-finals of the competition, the first of its kind to identify reality changing projects.

The initiative of Abu Ayyash from Jordan, CEO and founder of Sannula, offers an innovative needle to prevent infections in hospitals. It is a safety tube designed to prevent damage to the needle stick, unwanted blood flow or rupture of veins during cannulation (insertion of a tube into blood vessels).

Ari Gargir, CEO and founder of RedC Biotech, which is saving lives through innovative technologies that produce safe and universal red blood cells for conditions that require medical intervention such as trauma, chronic diseases, cancer and more, is interested in replacing the outdated and donate-dependent blood packet industry. The goal is to produce safe, high-quality universal red blood cell transfusions without pathogens, that will be cost-effective with high-availability without the need for volunteer donors.

As for Alanoud Al Hashmi, CEO of The Futurist Company, their GAIA project aims to solve agricultural and food industry problems such as food security and resource scarcity, global problems exacerbated by the climate crisis. It is an automated controlled farming system using royal intelligence inside capsules with a controlled environment. The system utilizes more than 10 different technologies for growing vegetables, plants and fruits in a sustainable environment, without pollution, food waste or climate impact.

The virtual seminar was attended by senior international mentors from the worlds of technology and entrepreneurship that provided participants in the semi-finals with tools and prepared them both for the final pitch and for the world of entrepreneurship they aspire to enter. As part of the seminar for the semi-finalists in the competition which aims to promote innovation in order to improve reality, entrepreneurs from Jordan, Morocco, Israel and Dubai met on one screen, and at least for a moment created a new Middle East.

Among those who advanced to the semifinals were also Smeetha Ghosh from Dubai, CEO and co-founder of Cashee, a digital banking app that teaches teens how to run their finances properly; Youssef Bouyakhf from Morocco, CEO and co-founder of Deepecho, which develops the next generation of intelligent ultrasounds for hospitals; Oren Tamari from Israel, CEO of UPnRIDE Robotics, a device that allows people in wheelchairs to stand on their own two feet for the first time; Ami Glicksman from Israel, CEO of IvyVie, which offers a portable infusion pump that allows freedom of movement for patients.

Einat Truger from Israel, business development manager at Bio-Circular (Biotic), developer of biological plastic that is completely biodegradable in any environment, Mark Ishay from Israel, CEO of LEKET ROBOTICS, a technological system that allows everyone to grow their agricultural produce at home; Bara Wahbeh from Jordan, CEO and co-founder of Ba Alf Seen, a sanitation solution that turns human waste into organic fertilizer specifically for developing countries; Ron Nagar from Israel, CEO and founder of TempraMed, a technology system that allows the necessary temperature to be maintained for medicines; Saar Safra from Israel, CEO of Beewise, an artificial intelligence technology that mimics the behavior of bees, assists them and protects them from dangers; Anders Kukawka from Israel, co-founder and CEO of Otorize, an app for identifying cognitive impairments that can affect driving and Sara Benlafqih from Morocco, CEO of BMTA&C, which develops refrigerators to prevent waste from agricultural produce and food waste. 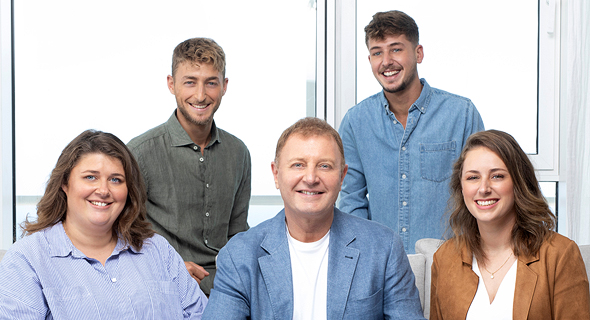 Last November, the Aviram Family Foundation, founded by entrepreneur Ziv Aviram and his family, and the international magazine Forbes launched the "Aviram Awards - Tech for Humanity", an annual competition to identify reality changing projects from the region. The prize in the competition will be awarded to groundbreaking ventures and ideas, which seek to make a contribution to humanity through technology and innovation. The culmination of this first ever competition will be the final which will be held in March 2022 in Dubai, where 5 entrepreneurs from the Middle East and North Africa will stand together on one stage.

The winning venture, which is based on a contribution to humanity, will receive a cash prize of half a million dollars, professional support from Ziv Aviram and renowned mentors, as well as media support from the world's leading economic magazine Forbes. The second place winner will be awarded a prize of $100,000, and $50,000 will be awarded for third place.

The Aviram Awards - Tech for Humanity, marks the launch of the activities of the Aviram Family Foundation, established by the pioneering entrepreneur Ziv Aviram and his children. Innovation as an engine for improving reality, and combining business with doing good are intertwined in Ziv Aviram's activities over the years - from Mobileye which brought a life-saving revolution in road safety and changed the world of transportation to OrCam which provides life changing solutions for visually and hearing impaired people. The Aviram family’s mission is to combine cutting-edge innovation and technology with social responsibility and positive action to impact the lives of millions for the better.