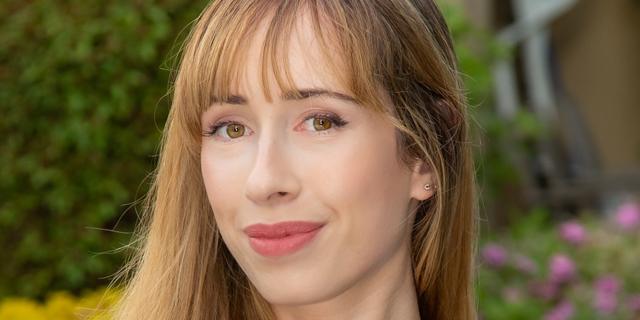 5 reasons why Israeli Fintech startups should capture the UK opportunity

"The UK is home to some amazing opportunities for Fintech companies and one of the world’s leaders in evolving the Fintech global ecosystem having the frameworks and talent to run them," writes Avital Levitzky of the UK-Israel Tech Hub

NatWest, Mastercard, JPMorgan, and Barclays, are only a few of the major UK financial sector leaders taking part in the ongoing Fintech Week hosted by the UK-Israel Tech Hub (part of the British Embassy in Tel Aviv) and the Israeli Trade Mission in the UK, meeting over 30 Israeli start-ups in the fintech and cybersecurity sectors. The series of events, featuring a fintech meetup hosted by the Tech Hub and start-ups showcases sessions, is a collaboration between the Tech Hub and the Trade Mission, alongside several ecosystem partners such as the UK’s law firm Fladgate, Team8, the Israeli export institute and Fintech Ladies.

This event showcases the amazing opportunity the UK holds for Israeli start-ups. The UK is a very large English speaking market with an abundance of skilled workforce that is experienced in international go to market. It is not surprising that more than 2,100 fintech start-ups were founded in the UK in the business-friendly environment the UK offers as a world leading commercial and financial centre. The UK has an attractive cost of labour and is a strategic point for expansion into continental Europe. Finally, as I will detail later on, embracing entrepreneurs and start-ups is one of the UK’s number one agenda.

Here are 5 reasons to capture the UK opportunity:

The UK market as an early adopter of innovation and disruption

The UK has proven itself multiple times in recent years as an early adopter of innovation and disruption. Home to challenger neo-banks such as Monzo and Revolut, UK consumers are open minded and want to experiment new ways to consume financial services. It is therefore not surprising that the UK was the second in the world after the USA to adopt both Apple Pay and Google Pay.

The UK talent is usually multilingual having strong skills in international sales and marketing as such talent previously targeted the EU and rest of the world from UK headquarters. Surprisingly, London is also home to over 350,000 software developers - more than any other European city which will also allow for R&D work to be scaled into the UK. It is also worth noting that the British government is seeking to bring global talent and exploring a Tech Visa program for that purpose, that would help attract tech-focused workforce and tech entrepreneurs to the UK in 2022 and beyond.

The UK is rich with government led programs that aim to accelerate start-ups, and early-stage financing. The Enterprise Investment Scheme (EIS) and the Seed Enterprise Investment Scheme (SEIS) are just a few examples of tax breaks programs helping drive private investors into start-up financing. In addition, organizations such as City of London Corporation and Tech Nation are supporting the growth of the entrepreneurial community.

There are plenty of world class private programs to explore in the UK. Those include Level39, Ignite, accelerator programs from leading institutions such as NatWest, Mastercard, Barclays, and PwC (Scale) to name a few, and many more. In addition, it is important to note that the UK is home to world class venture capital firms such as Index Ventures, Octopus Ventures, Balderton and Accel, among over 300 venture capital and private equity firms.

The UK is pushing strong the frontiers of regulatory progress, to allow new business models and new companies to operate quickly. For example, regulatory initiatives such as Scalebox by the Financial Conduct Authority (FCA) that should allow fintech companies to handle the regulatory hurdles easier, and the Scaleup Visas expected this year in 2022 would allow them to break beyond immigration regulation challenges. It's important to realize that the reason challenger banks based themselves in the UK and grew quickly is the proactive approach of the FCA and its work on creating sort of a sandbox allowing early engagement with end consumers.

In conclusion, the UK is home to some amazing opportunities for Fintech companies and one of the world’s leaders in evolving the Fintech global ecosystem having the frameworks and talent to run them. It’s not surprising that London itself is ranked very high globally in Fintech rankings. We, at the UK-Israel Tech Hub, are looking forward to engaging with emerging Fintech start-ups, helping them to make the most of the UK opportunity.

Avital Levitzky is Fintech & Cybersecurity Sectors Lead at the UK-Israel Tech Hub of the British Embassy.