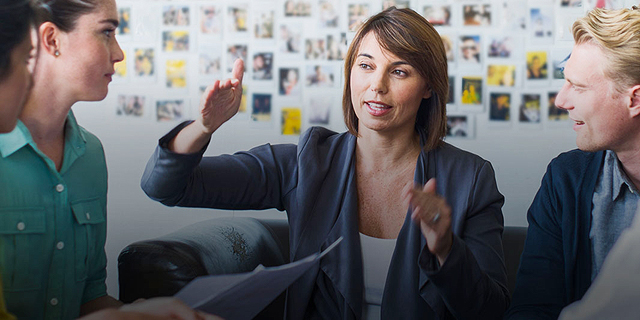 The number of people employed in high tech in Israel has leapt over the past two years by 50,000, but only 13% of all new recruits are women. The result? The percentage of women in the sector has dropped to a low of 33.6% at the end of 2021, increasing the gender pay gap

The number of employees in the high tech industry leapt during the pandemic, but led to a decline in the number of female employees in the industry. The decline, from 36.3% to 33.6%, is the lowest percentage of women in the sector over the past decade. According to figures from the monthly bulletin issued by the Israel Central Bureau of Statistics, since 2012, that number hasn’t dropped below 34%. While the number of male employees in the high tech industry has risen over the past two years by 41,500, the number of female employees has only grown by 6,200. This translates to a sevenfold increase in male employees over their female counterparts. Increasing the percentage of women in the high tech sector is considered a national goal due to the manpower shortage. Additionally, in wake of the industry's high salaries, the fact that there are less women in the sector significantly increases the gender pay gap. The decline in the percentage of female employees comes despite the fact that working from home was meant to make it easier for women to combine a family-work life balance.

The percentage of women in the high tech sector in Israel has dropped to the lowest rate in 2021 (illustrative). Photo: Shutterstock

The high tech sector has seen exponential growth in manpower during the pandemic period. The number of high tech employees in Israel leapt from 372,000 in January 2020 (prior to the pandemic), to 419,500 by December 2021, noting an increase of 47,700 workers, comprising a 13% overall increase. This led to an increase in the proportion of high tech employees compared to other industries from 10.6% to 11.7%, and brought Israel closer to reaching the government’s target of 15% by 2026. However, 87% of that increase was of male employees, while only 13% were women. According to figures provided by the CBS, the number of male employees in the sector rose from 236,900 at the beginning of 2020, to 278,400 by the end of 2021 (noting the seasonally adjusted data). That marks an increase of 17.5% or 4,500 workers. The number of women in the sector during the same periods was 134,900 and rose to 141,100, showing a slight increase of 4.5% (or 6,200 workers). The result showed that the percentage of women employed in high tech significantly declined from 36.3% in January 2020, to 33.6% by December 2021. One potential explanation surmises that perhaps women were affected by the pandemic more than men, and needed to remain at home with children during the lockdown periods. While another guess states that the need for growth caused employers in the high tech sector to only look for potential recruits among those who possess a technical background, which includes mostly men. The Ministry of Economy is the main entity responsible for reducing gender gaps in the employment sector, and relayed that also according to their research the increase in those employed in the high tech industry mainly included men. “With that said, it is still too early to say whether this trend will continue. In the past, we have also seen fluctuations in the share of women in the sector.”

The CEO of the Israel Innovation Authority, Dror Bin, which oversees most of the professional retraining programs for those in the sector said that “the pandemic has worsened the situation for women in the labor market in general, and women in the high tech industry have also been affected by this. Women stand out due to their absence from the sector, which is currently suffering from a chronic manpower shortage. In order to solve the problem of women’s low representation in the sector, there is a need for a long term solution, which will increase the number of women at every stage and lead them to entering the knowledge-intensive industry: that includes increasing the number of female high school students who wish to pursue technological professions and study sciences, women who serve in technological units in the army, and the number of female college students who pursue technological degrees in academia.”