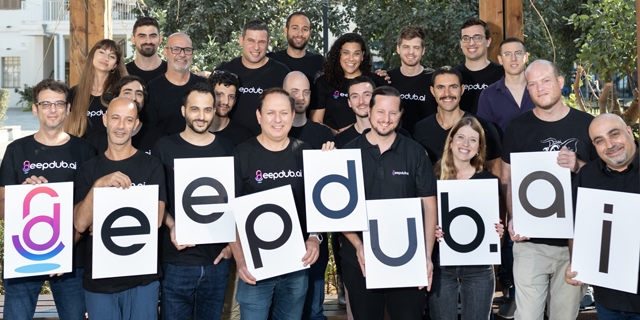 The Israeli startup’s platform leverages AI technology with a human touch to allow content creators, owners, and distributors to extend their international reach and scale their offerings

The company was co-founded in 2019 by brothers Ofir and Nir Krakowski. Ofir, the CEO, served in the Israel Air Force’s Ofek 324 technology unit while Nir was one of the founders of the Shin Bet’s cyber unit. Tel Aviv-based Deepdub aims to bridge the language barrier and cultural gap of entertainment through high-quality localization. Deepdub's platform leverages AI technology with a human touch to allow content creators, owners, and distributors to extend their international reach and scale their offerings while maintaining the highest level of quality. For audiences, this means watching their favorite film and TV programs dubbed in native languages without losing any aspect of the original experience. The movie “Every Time I Die”, shown on Netflix, was dubbed by Deepdub, which inked a multi-series partnership with Topic.com to bring their catalog of foreign TV shows into English. 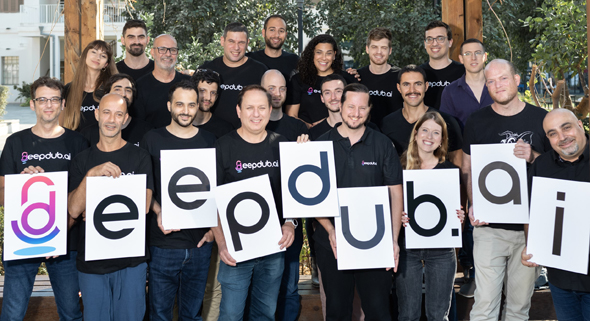 The company, which has raised $26 million in total to date, said it will use the funds to expand the global reach of the company’s sales and delivery teams, bolster the Tel Aviv-based R&D team, and further enhance the company’s deep learning-based localization platform. Deepdub currently employs 30 people and intends to recruit dozens more in Israel and the U.S. "This funding fuels our ability to scale the team and expand into new markets based on a shared vision of bringing the magic of AI-based localization to audiences worldwide,” said Ofir Krakowski, Co-Founder and CEO of Deepdub. “This funding round is an acknowledgement of the revolutionary technology that we have built, taking generative AI to an industry where every pixel and every sound wave is rigorously examined. By creating a deep learning platform that can generate without fail, we have consistently left our clients in awe,” stated Nir Krakowski, Co-Founder and CTO of Deepdub. “The challenge now is to continue optimizing and scaling a process that spans exabytes of video, audio, language and text. Our platform supports our vision to revolutionize world-wide content consumption on a massive scale. When you realize the impact this would have on billions of people you understand the challenge and the opportunity we represent.”

“We are accelerating to a world where AI is now augmenting humanity’s creative potential,” said George Mathew, Managing Partner at Insight Partners, who will be joining Deepdub’s Board of Directors. “As the media industry continues to globalize, we see Deepdub's AI/NLP-based dubbing platform as essential in scaling great content to audiences everywhere. We believe Deepdub represents the next great leap forward in global content distribution, engagement and consumption.”