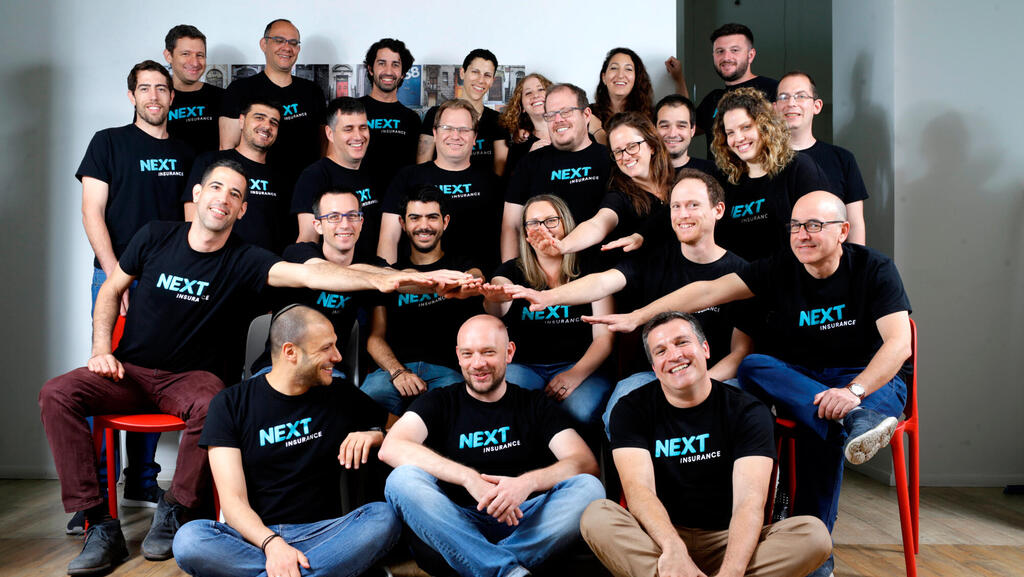 Selling out? Why startup employees are dumping their options

Some Israeli hi-tech employees seem to be in a hurry to unload their company options as quickly as they can, even at the cost of compromising on their startup's valuation. Could this be one of the first signs of air starting to escape from the startup bubble?

Beneath the surface, the reality in the high-tech sector is no longer so cheerful. Employees in public companies, especially those issued over the last year, woke up to a new world already several months ago, but now the pressure is also reaching private high-tech companies.

On the face of it, the flow of announcements about capital raising, both large and small, has not stopped and although there is not an atmosphere of cuts, there are first signs of a change of direction. A number of large fund raisings have stalled as companies have failed to get the valuation they expected, and at the same time the secondary market, where investors begging to enter the game buy shares from any employee willing to sell, and has been one of the symbols of the high-tech hype for the past three years, is cooling off. 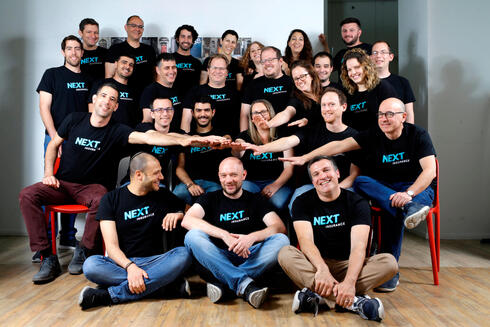 Calcalist has learned that in recent months, large, leading companies, including insurtech start-up Next Insurance, decided to stop raising the rounds of capital they began working on after realizing they would not get the value they dreamed of. In Next's case, this is a good company that is sitting on large amounts of cash and does not urgently need to go out and raise funds which may reveal relatively low demand from investors. In the case of another Israeli unicorn, Sisense, the situation is more complex, as the company needs money after conducting its last round of fundraising in early 2019, but there are also gaps in the perception of value between the company and its investors. This situation permeates, of course, directly to employees. The start-up workers, especially in companies that were supposed to go public this year, turn on their own initiative to companies that trade securities in the field and offer their shares in their companies. This is when they are sometimes willing to dramatically compromise on the value of their company in the deal. For example, Calcalist has learned that employees of the Israeli company eToro recently sold shares at a $2.5 billion company valuation. Although the value sounds high, it is the value at which a $50 million secondary deal was made in 2020 and all this is happening while the company is in the process of being issued through a merger with a SPAC at a value of $10 billion. eToro's IPO has already been postponed once and is expected to be completed in the coming month, of course at a value lower than $10 billion in light of the delays and the sharp fall in the Nasdaq. However, the sale of shares by employees at a value of $2.5 billion signals that they are not sure that the IPO will be completed at all and assume that eToro will remain private in the near future. “The pressure is starting to show in secondary deals and they are now the real barometer of the market," says a senior official in the field. Secondary deals became very popular at the height of the high-tech boom and have allowed entrepreneurs, veteran employees and first-time investors to sell their shares to new investors. These buyers have only been looking for more and more stocks in high-tech companies to increase the share they hold. At the same time the entrepreneurs and funds did not want to issue more new shares so they wouldn't become diluted, but even the workers who were sure that the IPO and the rapid jump in shares was just beyond the horizon, were in no hurry to sell their shares. In the past year, secondary funds and investment funds in general have been courting unicorn company workers to persuade them to sell some of their shares, but they have mostly refused or sold small amounts of shares. Investors operating in this market are now reporting that employees are already starting to initiate inquiries themselves and are even willing to compromise on the value of the options they wish to sell. The pressure, of course, does not always stem from deep macroeconomic thoughts about inflation and rising interest rates, but is often related to commitments made during the good period for large expenses such as buying real estate. Transactions for the purchase of apartments using the 20/80 payment method (20% of the amount of the purchase and the balance upon receipt of the apartment) were in many cases based on the expectation of getting cash in an IPO in the first half of 2022 or in a generous secondary deal that will come in parallel with a company fundraising round.

"We see the phenomenon more in companies that actually planned the IPO and it was clear to them and their employees that within six to nine months there would be liquid shares," says Nir Linchevski, managing partner at ISF, one of the most active funds in Israel in the field of secondary transactions. "But we must not forget that most high-tech workers can afford high mortgage repayments relying solely on current wages without using stocks," he adds.

Cash is more important - again Yair Snir, managing partner at Dell Capital, the investment arm of the computer giant Dell, says that in recent months there has been a change in the high-tech market in this aspect as well. "In the last month-and-a-half, change is being felt and new employees in start-up companies are starting to ask for more money in salary and not in options that used to be more in demand in recent years. The trend has reversed and cash is now more important. This is more noticeable among the young workers who have become accustomed to seeing green screens and suddenly they learn firsthand what a red screen and even a very dark red one is. Suddenly we realize that not everything ends with a big exit," Snir adds, referring to days of sharp falls on the Nasdaq that have replaced days of almost non-stop increases in recent years. Indeed, the main reason for the drizzle in the private market is the heavy rain falling in the public market. Technology stocks in general and Israeli technology stocks issued in recent years in particular have fallen on Wall Street and their value has been cut by tens of percent. Against this background, the employees of these companies have seen their wealth dream shrink as the options move away from the exercise price. The new talking point of the day in the local ecosystem is the resumes of the employees of these companies that are flooding the market of start-ups and private companies, where the fall has not yet come, and even if it has, it is not yet visible to the naked eye. Kaltura, WalkMe, and SimilarWeb are just a few examples of this, but the main "star" in this show is Wix. The Israeli website building company plunged from a value of $20 billion that made it for a few moments the largest Israeli high-tech company in terms of market capitalization, to a value of less than $5 billion last Friday, after publishing disappointing financial reports and mostly providing a disappointing forecast. "There is a mass exodus from Wix," a senior figure in the technology investment market in Israel tells Calcalist. “People were sitting on stocks worth $1 million and the FOMO (Fear Of Missing Out) did not allow them to exercise them for fear that it would continue to rise, and now after the stock plummeted, they were left with $300,000. It really hurts the feeling of wealth." He added: "This is also the reason why the Wix management made sure to say last week with the publication of the financial reports that the private market will close the gap with the public market. It is their attempt to stop the workers from leaving and going to private companies."

The slowdown in technology companies is already here

The earth is still not shaking in the local technology sector and no massive layoffs are expected in the near future. After years of unprecedented fundraising, when in 2021 alone more than $25 billion flowed into Israel, most companies do not need to raise funds urgently. Because of this, the entire market goes into a holding pattern: companies do not want to raise funds so as not to set a relatively low value while the VC funds do not want to sign new rounds so as not to find that they have paid too much. "We are only at the beginning of the adjustment process in the private market to what has happened in the public market and in a few quarters we will start to see more of the effects. Companies will not lay off, but will greatly slow down the recruitment of employees so that the money they have will last for more time. At the same time more people, especially the small funds and angels, are starting to think about utilizing the stocks they hold. The business will not fade, but the slowdown in value levels and the consequent increase in the volume of recruitments will be felt, especially in the older companies," Linchevski adds. Snir agrees: "If until now there has been almost no recruitment without the secondary component, you can already see that in the new recruitments, all the money goes into the company."