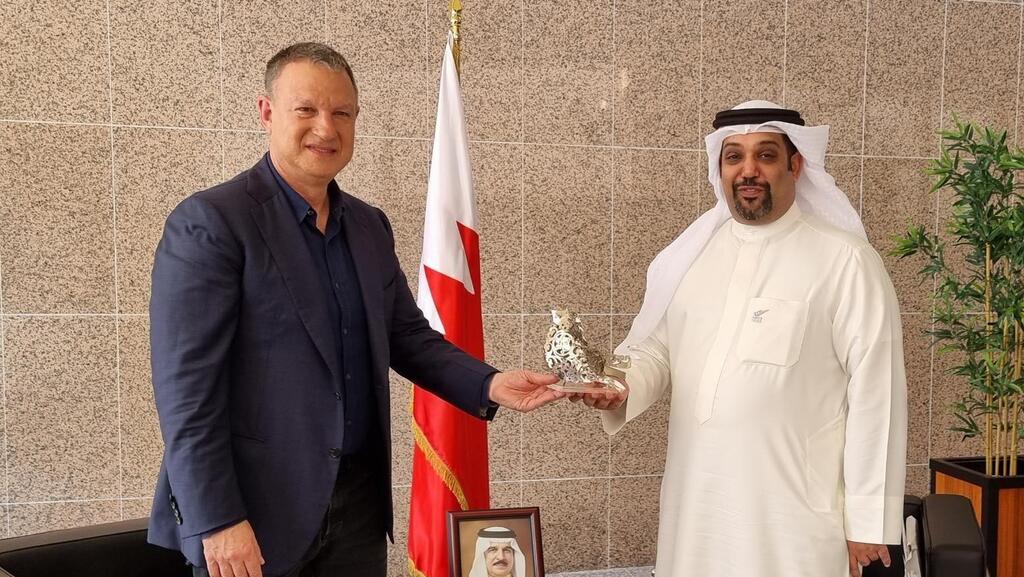 Founder and Chairman of JVP and Margalit Startup City Erel Margalit traveled to Bahrain following an invitation as an official guest of the Bahrain Economic Development Board (EDB), the Bahrain Government's economic arm. During the visit, Margalit met with Bahraini Finance Minister H.E. Shaikh Salman bin Khalifa Al Khalifa in the Minister’s first official meeting with a senior Israeli businessman since the Abraham Accords.

“I am honored to be able to answer the invitation of the Bahraini government, led by Finance Minister H.E. Shaikh Salman bin Khalifa Al Khalifa and the EBD to come to Bahrain to open a new economic chapter between the two countries based on high-tech and entrepreneurship,” Margalit said. “Bahrain has a central role in the economic growth of the region, and is a vital economic bridge for Israeli companies looking to develop partnerships in Bahrain, Saudi Arabia, and the entire Gulf.”

The four-day visit was accompanied by JVP partners Yoav Tzruya and Shimrit Koenig. While there, meetings took place that focused on promoting ‘a new economy chapter’ in Bahrain-Israel relations based on innovation and technological entrepreneurship. An emphasis was placed on industries such as fintech, cyber, foodtech, and media technologies.

The visit was accompanied by Etan Na'eh, Israel's ambassador to Bahrain. “The visit of Erel Margalit and JVP partners to Bahrain is a milestone in the relations between the business sectors in the two countries,” he noted. “Erel’s Startup City Model which was presented to senior Bahraini officials complements our joint visions of building a tech corridor between the two countries. Israel sees Bahrain as the gateway to the Gulf.”

Margalit also met with economic-business leaders in the country, including heads of Bahrain banks, investment funds, and energy companies. It is understood that the meetings were focused on developing plans for cooperation between Israel and Bahrain to help make Bahrain an entrepreneurship center in the Gulf.

Margalit is the Founder and Executive Chairman of JVP, a venture capital firm. The firm has raised $1.5 billion from institutional and private investors and has overseen 36 exits and 12 U.S. IPOs.