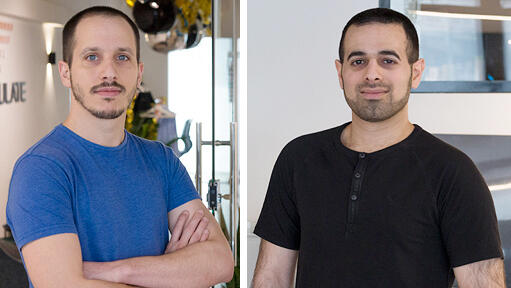 Intel to acquire Granulate for $650 million

The Israeli startup, which helps cloud and data center customers maximize compute workload performance and reduce infrastructure and cloud costs, has raised $45 million since its founding in 2018

Intel announced on Thursday that it has reached an agreement to acquire Granulate Cloud Solutions, an Israel-based developer of real-time continuous optimization software. Granulate helps cloud and data center customers maximize compute workload performance and reduce infrastructure and cloud costs. Deal terms were not disclosed, but it is believed that Intel paid $650 million for the Israeli company.

Granulate. founded in 2018 by Asaf Ezra (CEO) and Tal Saiag (CTO), raised $30 million in a Series B round led by Red Dot Capital Partners last February. All of the company’s existing backers including Hetz Ventures, TLV Partners, Insight Partners, Fort Ross Ventures and Dawn Capital participated in the round. The total amount of investments in the company stands at $45 million. The Series B came a little over ten months after Granulate raised a $12 million Series A led by Insight Partners.

This is the second Israeli company Intel is acquiring is as many months after buying Tower Semiconductor for $5.4 billion last month.

“Together with Intel, we believe we can help customers achieve meaningful cost reductions and five times the throughput across workloads,” said Asaf Ezra, co-founder and CEO of Granulate. “As a part of Intel, Granulate will be able to deliver autonomous optimization capabilities to even more customers globally and rapidly expand its offering with the help of Intel’s 19,000 software engineers.”

Granulate’s autonomous optimization service reduces CPU utilization and application latencies. It does this by learning the customer’s application and deploying a customized set of continuous optimizations at runtime. This enables deployment on smaller compute clusters and instance types to improve application performance and drive down cloud and data center costs. Granulate’s service does not require developer intervention nor does it require the customer to make changes to its own code. Optimizations for the latest CPUs can be applied even on legacy Linux distributions and runtimes.

Intel and Granulate’s relationship began in late 2019, when Granulate was part of the first graduating class of Intel Ignite, the startup accelerator program that taps into Intel’s resources to help early-stage companies succeed. Over the past year, Intel and Granulate have worked together under a commercial agreement to collaborate on workload optimization on Xeon deployments. This collaboration resulted in gains in performance and decreases in costs for customers running on Intel processors. Intel said that it plans to rapidly scale Granulate’s optimization software, including across Intel’s data center portfolio.

“Today’s cloud and data center customers demand scalable, high-performance software to make the most of their hardware deployments,” said Sandra Rivera, executive vice president and general manager of the Datacenter and AI Group at Intel. “Granulate’s cutting-edge autonomous optimization software can be applied to production workloads without requiring the customer to make changes to its code, driving optimized hardware and software value for every cloud and data center customer.”