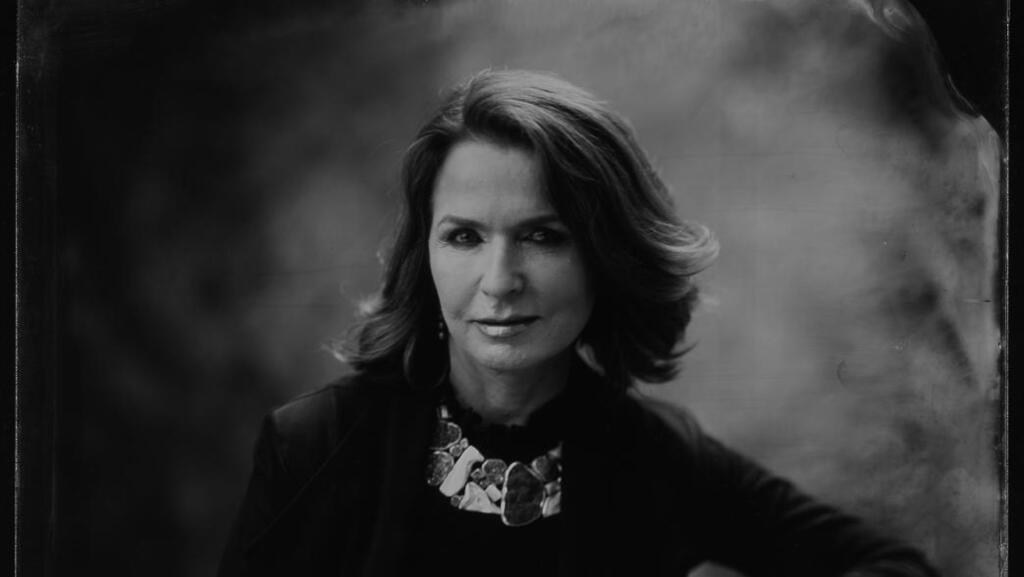 “I learned not to be just a bulldozer, but a dancing bulldozer”

Michal Braverman-Blumenstyk’s failure to direct her eldest daughter to high-tech taught her the limits of power. Then came Pilates

“I'm always in favor of wine. Relative to my body weight I am considered a person with capacity. Once, when we flew to the U.S. I competed with someone from work. We calculated according to body weight, and the second time I won."

Not just wine, you also know how to cut loose with your wardrobe. What are the wildest things you have in the closet?

"I have cowboy boots in shocking cobalt blue, I have boots with colored stripes, I love when they and my jewelry correspond. When we won the award at the Geektime website ceremony I went up to receive it wearing bright shiny pink boots.”

“This is important to me, because the high-tech dress code is a bit conservative. I try very hard to get young girls “into” high-tech, and when I meet them it’s most important to me to come dressed in the coolest look in the world. I'm a geek, but I want to be seen as a cool geek. I do not like provocative dress, but I’m in favor of dressing boldly. This is a tendency from childhood for me, which has worsened over the years.”

Is this a stance of defiance against the world of huge technology corporations in which you work?

"This is my way of defying. It doesn’t suit you? That’s okay too. I feel very safe in my place, but I know women feel scared sometimes."

Has anyone ever dared to say anything to you about your clothing?

"They dared, but hesitantly. They’d say something like, 'Are you sure you want to go on stage with that?'"

In the past you did not think that women are at a disadvantage in the workforce. You were even angry at those who claimed it was so.

"I was completely opposed to even dealing with the subject matter. I was offended even if I was treated as a professional woman, because I thought 'what does it matter?' I stayed away from women's events and ignored the fact that I was one. I wanted to be judged only on a professional level. Today I am still against affirmative action, which to me is a terrible thing because I believe in employment according to skills. But my mind changed when I was invited to a conference on female leadership that opened my eyes. They put the statistics right in front of my face."

And before that you didn’t know?

"I always had a feeling that if I was very professional - they would discover me. Men do not feel that way and they are much better at self-promotion. Because women build careers differently and do less professional networking, a situation can arise where a much more professional woman is promoted more slowly."

Because she's waiting for a man, a 'prince', to come and recognize that she's talented and save her?

"In a sense, yes. Let the manager come and say: 'You're professional and amazing, let's do something with it.' Since I was a child I dared to do everything, I did not think it might be the same for me."

Did you raise your daughters differently?

"With my eldest, Danielle, I made all the possible mistakes. As a young mother I thought I would steer my daughter right if I did not give her dolls, just trucks and tractors. Throughout her high school years I tried to teach her math, but the more I tried the more she just developed an anti attitude towards me, until I realized I pushed too hard. Cases where I push too much tend to go in the opposite direction."

You wanted her to be a hi-tech person, and you got a girl who leaned towards the humanities with a strong antagonism to technology.

"Not just for technology, but also with antagonism for sports, for health food, for everything I tried to push at her, because she's a very strong person. I gave birth to her at age 20, I was still in university. When she was born we were in New York and I kept reading articles because I did not know what to do. Until the age of two and a half she grew up on pure health food. We made a lot of mistakes with her, and despite all the experiments she came out amazing. And in the end she did get into high tech, but from the angle of communications, which is what she learned in university. With my younger daughter, Eden, however, I pressed less and got a girl who studied math and physics and is now doing a bachelor’s degree in computer science. With her I have already learned from the mistakes. Just like with Pilates, I realized that stress achieves the opposite."

"I've been into extreme sports for years, and as in my previous approach to women in the world of work - I had an anti attitude towards yoga and Pilates. It seemed to me so “fluffy”, a sport for the weak, a waste of time for tree-huggers. That’s how I felt until a friend convinced me to try Pilates, and since then I keep making parallels between what happens to me in Pilates and what happens on the professional side."

"My trainer Anna said: 'You work terribly hard. You have to work with other muscles, and use the strength from the inside, that's how you'll accomplish a lot more.' Slowly it started to sink in, I began to understand the pragmatic philosophy behind it. So today I'm still a bulldozer, but a much more effective bulldozer. I'm a bulldozer who applies power when I really need to, and power from within. Think of a bulldozer dancing. I used to be able to explain to people at the height of power why they are wrong. Today I learned to come with an attitude of 'you are right but ...'. "Instead of pushing the truth right in their face, I bring it in a softer way."

Give me an example.

"At Microsoft, when I was already in a senior position, there were things I led, and it was clear I knew what I was doing. Then I came up with some idea for a new security product, and I thought it was the most wonderful thing that could happen to a company. But when I tried to persuade the management in the U.S., strong opposition arose. And the more I pushed, the more the resistance grew. It drove me crazy. 'How can they not see? Why do they not get it?’ I experienced it as a failure, until I said 'come on, take a step back'".

And what was the alternative way?

"I changed the name of the project because when I said it people would stop listening. I went off the radar for a month, I kept working on the issue with my team, and I started having one-on-one conversations with all the opponents. I heard what everyone was thinking, and in that atmosphere listening was suddenly created. I tried to see how my idea contributes to the issue they are responsible for, instead of just advancing my agenda. Once I got that consensus I went to the most senior person, gave him a presentation of the product - and he loved it. It has become one of Microsoft's most successful products in the field of security.”

Your "bulldozer" nature made people close up?

"I'm the one who made them close up. And like in Pilates, I said to myself, 'Exercise other, more internal muscles. When you do it right - the movement is perfect.' The dancing bulldozer needs to be activated."