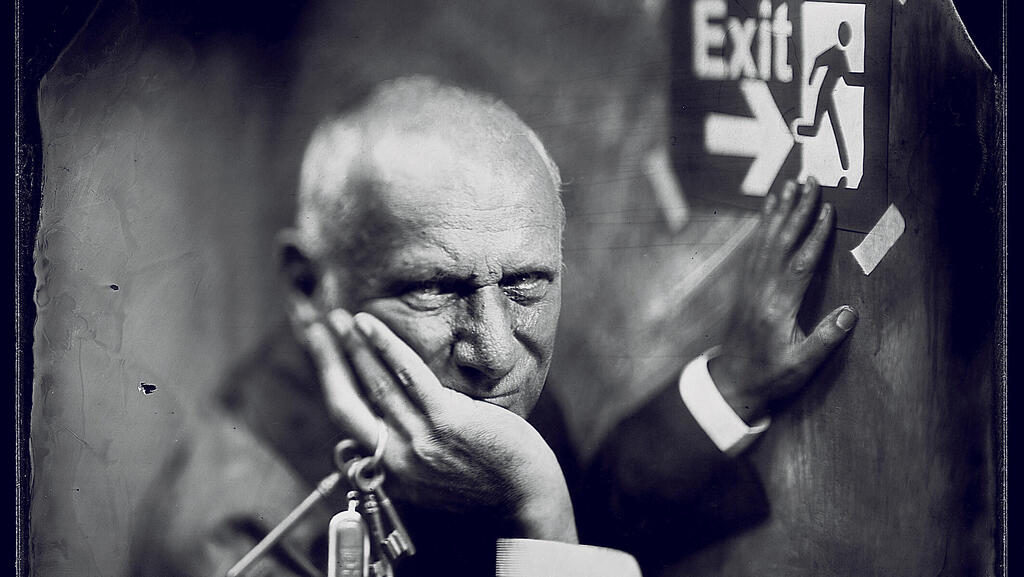 "I live my life my way and my wife lives hers as a religious person. It does not have to fit in"

As a secularist whose family members became religious, Dov Moran learned to compromise

“My wife and I have been married for 40 years, and 20 years ago she became religious. We have four children, and each is a different world in terms of their closeness to religion. The eldest is the most non-religious, the second is traditional, the third is more religious, and the youngest studied for two years at a yeshiva in Netivot. The first time he came back from the yeshiva I asked him: 'What did you learn?' and he answered 'Judaism', but while he was talking about Judaism (yahadut), I heard 'Destinations'. (yaadut). He replied that there was no such word, but I was caught up in that concept."

What does it mean?

"To me ‘yaadut’ means living with a goal. Living your life with a real purpose. Not just trying to make as much money as possible, I have no such ambition. After that conversation with my son I wrote a book that has not yet come out, 'Goals, Doors (Entrepreneurship) and Music'. It was at a time that I was angry at the religious approach, and the book came out extremely anti-religious. Friends told me, 'You're cutting down Judaism in an excessive manner,' and I decided to polish up the angry parts, because in the end I believe religion can do good for its believers.” 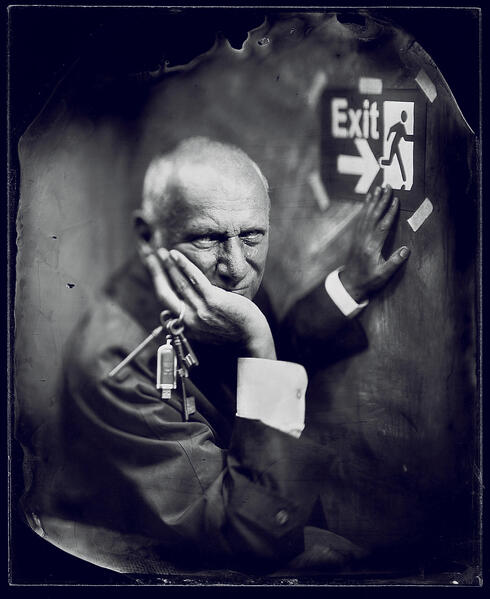 When did the children choose a direction?

"It develops organically, each child chooses their own direction, and it still develops. For me too. I am constantly changing."

Do you have a hard time with the possibility that your children will become ultra-Orthodox?

"Fortunately, none of them went that far. As far as my kids go, I have a variety, and in any case I respect each of them, because they have faith. I prefer an ultra-Orthodox person to someone who has no faith in anything, someone who has no values ​​or morals and no vocation in life other than having fun. I think I was able to convey to them a little bit of the belief in the goals."

How does a secular high-tech man manage to fit in with religious beliefs at home?

"It does not have to fit in. I live my life and my wife lives hers."

No conflicts come up?

"There is no clash which needs to arise from this area. Everyone lives their own life, on their own hours and times."

It requires sacrifice from both of you.

"Yes. But we are constantly sacrificing in life, no? You come to a meeting with investors and wear a suit - that's a certain sacrifice. I have partners in the fund, and that's the biggest compromise of them all. Do you know how much I compromise with them? And they do too. I compromise all the time, every day. You don't need to optimize pleasure, fun and happiness. Anyone who tells you they never compromise in life is cheating themselves.”

"On Saturday (Shabbat) I try very hard not to travel. I can travel, no one will shoot me, but I do not want to cause others to feel bad. I have been a vegetarian from the age of 10, so regarding keeping kosher I already don’t have a hard problem. I do not pray, and if one of my children does go to a synagogue, they do not pressure me to come along. On Shabbat I make Kiddush. To say that I believe in the need to say the particular blessing? Don’t be ridiculous. I do not think God wanted me to say that, but it is important to others. If I were alone I would not make Kiddush. I fast on Yom Kippur, but more because of tradition, and I suppose I would do that even if I were alone - but not out of fear of divine punishment. I am a person who is more compromising than others compromising for me, and I am also less of a person who thinks he is always right. I always try to understand the other side."

"In things that are not a matter of principle for me. In what is very principled and related to myself, I do not compromise. Not even with myself."

How much do you believe?

"I just know I do not know. I think with high certainty that there is no entity that expects you to do anything concrete, like pray certain prayers or not turn on electricity on Shabbat. Just last week I was at a lecture on quantum theory, and even the physics we see and experience is so full of mystery and there is a lot of uncertainty in it. The great physicists said that there are phenomena that they are far from understanding. So I know there are things I do not know."

I ask because you are a science-biased person.

"Of course. I believe in science, in technology, in progress. It does not contradict the knowledge that I do not know and do not understand many things."

Did you grow up as a secular child?

"I grew up weird. I was born in a traditional house but my father did not wear a kippah. I was a child who wore a kippah, went to a secular school but did not believe in normal religion. My father once went to a parents' meeting and the religious Talmud teacher asked him how it could be that his son wore a kippah and he did not, and from then on, he started wearing one too."

And after years of high-tech and entrepreneurship and exits, you came to music at a later age as well.

"I'm very realistic, but I have a humane side that I do not give up on. I play drums in a rock band and love music, especially the blues and Pink Floyd. I have never played Israeli music, and then, five years ago, at Yossi Vardi's Kinnernet event, someone played the percussion and she left the stage to go down to eat and I said to her, 'I will replace you,' and I went on stage. At first I hesitated, but the guys around me encouraged me and I did it. I had a lot of fun."

And it progressed from there?

"Shortly afterwards, at an investor conference, we invited the Shalva band to sing, wonderful young people with disabilities - and who among us doesn't have one? I have one too! - and I offered to play with them a bit on the percussion. The band manager agreed but asked me to come and practice. After thoroughly enjoying the experience, I bought Conga drums and I started playing with a band of wonderful guys from the area, who are also gifted musicians. Today we have a show whose theme is the connection between music and entrepreneurship."

And what is the connection?

Take the song 'Cypress' (by Ehud Manor and Ariel Zilber), for example: 'And I saw a cypress, standing in a field in front of the sun. In a heat wave, in a cold front, in front of the storm. On its side, the cypress leaned, unbroken, bending its top to the grass.’ Even an entrepreneur sometimes has to bow his head. There is trouble, money is gone, things are happening. A good entrepreneur is one who does not stand upright all the time. In my life I had to bend many times.

"There are failures, where you fall, crash and have to rebuild yourself. In Modu (a start-up that developed a modular mobile), for example, I crashed. And I remember in M-Systems (the maker of the disk-on-key) that customers were annoyed, and even when the fault is their fault you have to be polite to them, like towards demanding investors or powerful suppliers. Sometimes you want to do that, but the market wants something different, and sometimes you have to do what the market wants. You want to sell at 200 but the market wants at 99. Sometimes you have to fire people, it's happened to me three times in my life. These are people you liked, they trusted you, and in the end you had to fire them. So you lower your head again and bend over."

Given the risks of start-ups and venture capital, do you feel lucky about the times it worked for you?

"In the book I wrote I'm talking about doors where the chances of each one opening are slim. If the entrepreneur is lazy he will try to open only five doors. If he is diligent, he will try all 100. And yet the open door may still be 101. I work hard and I know there are others who are more successful than me, maybe because they are more talented. I do not believe in a golden touch. It’s nonsense."