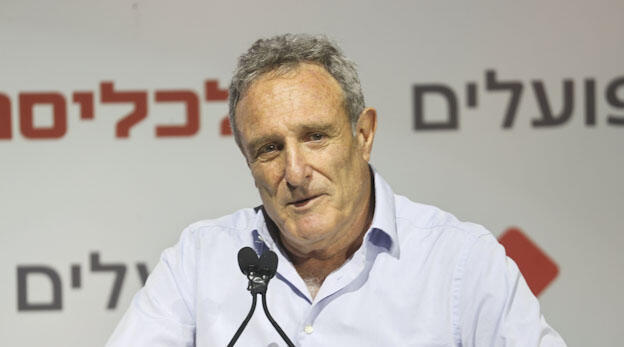 Speaking at Calcalist’s 2022 Fintech conference held in collaboration with Bank Hapoalim, Reuven Krupik, Chairman of Bank Hapoalim, explained that "the digital transformation plays a large part in the development of the fintech industry, but it is being carried out simultaneously within banks and financial institutions”

"Fintech has a layer of competition for banks, and that's good. Competition is necessary in order to streamline, refine and encourage progress." This is what Reuven Krupik, Chairman of Bank Hapoalim, said in the opening session of Calcalist's fintech conference held on Tuesday in collaboration with Bank Hapoalim. "Banks have developed their own fintech capabilities and are all geared towards improving service, customer interfaces and growing products appropriate to the period," he said. A good example of this is the Bit payments app.

"Competition is necessary in order to optimize, refine and encourage progress," Krupik added, "but at the same time developing many collaborations on a level of business rationale in a world of competition but also in a world of cooperative openness.”

According to him, a dialogue between the banks and the fintech companies will bring the innovation, technology and data held by the banks closer to the entrepreneurship, innovation and ability to implement fintech projects for the benefit of the consumer. "It's the way of business rationality. Because it's also a way of understanding turning inventions, science and knowledge into technological applications."

According to Krupik, innovation takes place in the essence of the financial product, and not only in the way of its technological implementation. “Not every adoption of new technologies or advanced computing capabilities into a business field makes it a new industry,” he says. According to him, there is an imaginary but clear line that distinguishes between transformation - the conversion of existing technology, and innovation - the development of new technology. "The digital transformation plays a large part in the development of the fintech industry, but it is carried out simultaneously within the banks and the large financial institutions, which themselves become Techfin. Therefore the real connection, with superior added value between the fintech industry, and the banks, is in the aspects of innovation.”

In 2021, approximately $210 billion was invested in fintech worldwide. According to Krupik, one of the important factors that has accelerated the growth of fintech entrepreneurship is the urgent need to reduce costs alongside the expansion of demand experienced by the financial industry as a whole. "Unlike technological development based on basic science and hardware, the age of application and creative algorithms enables the formation of new business models in the capital market. It is too early to predict the superiority of today's value creation models over the basic economic models of the past that were based on financing development, but there is no doubt that the new reality in the capital market and large-scale financing have greatly contributed to the creation of new and powerful sectors, highlighted by fintech.”